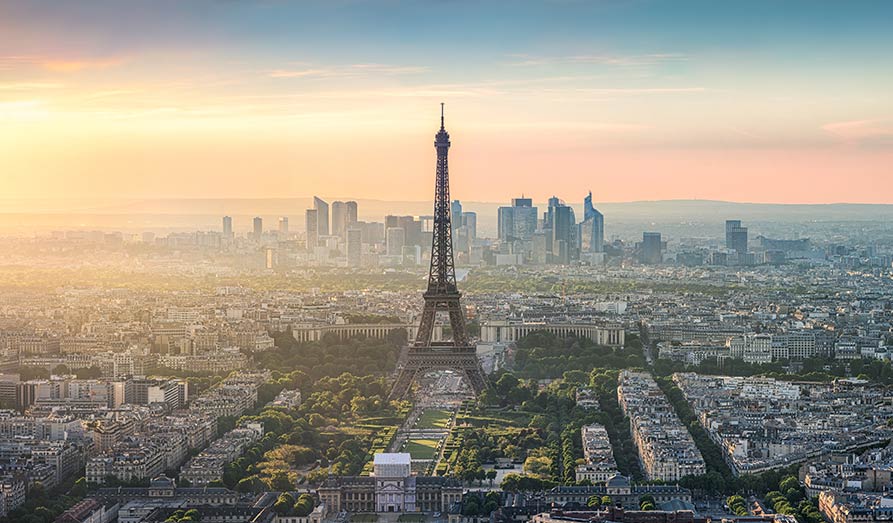 Crypto exchange, Crypto.com, has announced that it is setting up its European Regional headquarters in Paris, France.

The firm unveiled that it already has initiated plans on investing 150 million Euros, equivalent to 145.7 Million US dollars, in France. This is to facilitate the establishment of its market operations in the country.

Crypto firms and exchanges are expanding aggressively due to the rise in crypto adoption. Crypto.Com continues to strengthen its position in the cryptocurrency industry after establishing Paris, France, as its European Regional headquarters. The firm is building on its recent regulatory approval from the AMF last month as a Digital Asset Provider after a rigorous evaluation procedure.

It has invested over 150 million Euros that will be utilised in setting up its European Headquarters. In addition, Crypto.com exchange intends to showcase its long-term commitment to the country by hiring local talent. The talent will steer the company’s initiatives in the region and focus on compliance, business development, and product. Additional support will be towards Crypto.com’s brand growth to establish further presence via consumer activations, engagement, and education.

Crypto Lists caught up with the Chief Operation Officer( COO) of Crypto.com, Eric Anziani, who comments on the latest development in the exchange. He mentioned that the company was prospecting to further engage with various stakeholders across sectors to assist in the new digital economy of France. He recognised the firm’s regulatory approval was the initial step in embarking on France. This facilitates French citizens and its residents to access the best-in-class crypto experience.

The news serves as an exciting prospect to crypto enthusiasts in the European region after much debate about the regulation of cryptocurrencies in the region. Those based in France are eager to work with the cryptocurrency exchange that has over 50 million users globally and is amongst the largest digital asset exchanges.

The exchange has been operational since 2016 and has risen in popularity over the years. Its popularity soared as it offers its users a mobile app interface that enables users to buy and sell cryptocurrencies with direct fiat onramps conveniently. Crypto.com also offers its users a VISA debit card and access to its token, Cronos.

Description: Do you like Cronos or want to learn more about it? Check out Crypto Lists guide here.

Despite recent scrutiny, the exchange has been fast growing and expanding while adding new features to its interface. The exchange has also input an auto to-up feature for its cardholders recently. It has also added Google Pay and Apple Pay support for Crypto.com Visa Card users in Canada.

This year, the exchange has accomplished several milestones, as reported by Crypto Lists. It secured regulatory commissions in several countries, including the United Kingdom, Italy, Cyprus, South Korea, and Dubai. This lay fundamental developments in its ambition to delve into the European market and beyond. The crypto exchange firm followed in the footsteps of its rival, FTX, by betting significantly on sports marketing. It pursued a further interest in Europe by having a strategic sponsorship agreement with the English Premier League, NASCAR, and the Formula One branch of Aston Martin in 2021 worth $100 million. Earlier this year, the firm announced that it would also sponsor November’s FIFA World Cup in Qatar. Crypto.com has also inked deals with NBA’s Philadelphia 76ers and Ultimate Fighting Championship.

Its recent announcement of establishing its headquarters in Paris follows the world’s biggest crypto exchange, Binance. Binance is the first crypto exchange to gain a license as a digital asset service provider in France in May. This also made France the first European Country to accommodate Binance within its jurisdiction. At the time, Binance CEO, Changpeng Zhao, praised the pro-crypto regulations in the country. He mentioned that France is uniquely positioned to be the leader of the crypto industry in Europe. True to his words, several exchanges, including Crypto.com, want to tap its potential.

Firms and exchanges around the globe are growing to appreciate the potential of the European market. They had traditionally focused on the Asian market for a considerable time. There were several reports on Crypto.com’s efforts in receiving endorsements from regional regulators. Its latest development stamps authority on its ambition.

Crypto turbulence continues: Crypto.com, Gate IO & Mario
Sunday, 13 Nov 2022 2:41 pm
It seems like it's going to get worse for crypto before it gets better. Yesterday, what Crypto Lists expects will be an important voice - Mario Nawfal (Twitter) - went to Bahamas. He's a cryptocurrency investor and runs IBC Group, hosting RoundtableSpace among other projects. After rumours that Sam from FTX fled to Argentina in his private jet, Mario went to his compound in Bahamas and found our that he was still there. Mario got his talkshow aka roundtable, that Elon Musk visited yesterday and appreciated his "citizen journalism". Crypto.com sent 300 000 ETH to a corporate cold wallet at Gate.io. This created a lot of FUD on Twitter. Update: Kris from Crypto.com went out and confirmed that ETH was moved to a cold storage. The CRO token fell quite a bit early on Sunday and might have some volatile days ahead. People are speculating about what's going on with 100's of crypto sites with links to FTX...
Read the full newsflash
Review: CRYPTOCOM CRO

Crypto.com gets FCA Approval in the UK
Wednesday, 17 Aug 2022 1:40 pm
Finally, Crypto.com APP and Crypto.com Exchange gets approval by FCA in the UK. This means that Brits now can use Crypto.com's exchange with local laws and regulation. The local name for the firm in United Kingdom is FORIS DAX UK LIMITED and the office is located on 50 Mark Ln in London. Not a customer yet? Buy Bitcoin from Crypto.com here!...
Read the full newsflash
Review: CRYPTOCOM EXCHANGE Review: CRYPTOCOM CRO

Cronos native coin at new low for 2022
Tuesday, 3 May 2022 10:20 pm
Cronos, the native coin of crypto.com, has dropped more than 10% over the past 24 hours. The coin has now hit a 6-month low price, and it is currently ranked as the 21st most popular cryptocurrency by market cap. The decline in price was likely motivated by the company’s announcement that it would phase out staking rewards for crypto.com Visa cards. The company also mentioned that it plans to cap CRO rewards to $25 or $50, depending on the type of Visa card. However, card benefits like Spotify and Netflix subscription reimbursements will remain in place. The slashing back of staking rewards and CRO rewards is meant to ensure the long-term sustainability of the Cronos network. Keen on going long or short? You can both buy and short sell Cronos at Crypto.com App...
Read the full newsflash
CRONOS CRO Review: CRYPTOCOM