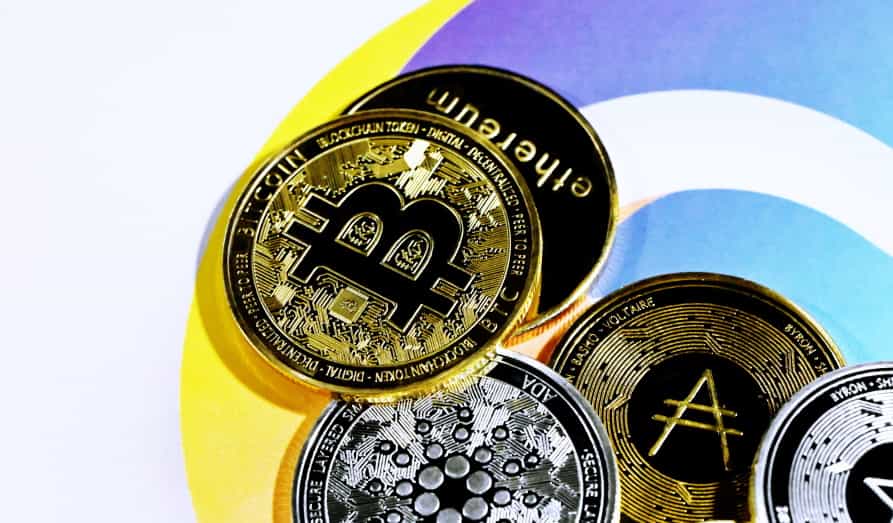 Altcoins are sometimes preferred by cryptocurrency investors who do not wish to become involved with Bitcoin holdings. In fact, altcoin is a literal acronym for the words “alternative” and “coin”. The only possible issue is that the sheer variety of altcoins can be a bit confusing.

This is why the professionals at Crypto Lists have taken the time to break down ten altcoin cryptos which show promise for the remainder of 2022. It’s important to note that although the market is currently very bearish given last week’s events, many seasoned veterans of trading see this is an ideal time trade and for newcomers to get in on the action. Let’s begin without further ado.

While some experts cite the recent volatility associated with Ether, this currency has displayed a long-term bullish trend throughout 2022. Ethereum can also represent a popular BTC alternative due to unique perks such as smart contracts and NFT transparency. Considering the sheer size of its market cap, ETH should perform well throughout Q4 2022 but perhaps more specifically on a longer term timeframe. This is where the maxim ‘buy low, sell high’ comes into play.

The term “never buy when it’s high” is perfectly suited for the current state of Dogecoin. Similar to other cryptos that experienced losses in 2022, analysts believe that this altcoin is set to make a comeback in the near future. Let’s also remember that DOGE is already accepted by hundreds of online merchants; allowing it to represent a viable payment option. When we then take into account that this crypto has been adopted by major conglomerates such as Google and Tesla, its mid-term upside looks bright. Especially with its chief celebrity advocate Elon Musk making big moves in the social media space with potential plans to implement the coin in future updates of his recently-purchased Twitter platform.

Originally released in 2017, one major benefit of Solana is that there are no transaction fees. This is an obvious advantage for those who hope to maximize profit margins while avoiding open-market volatility. Of course, SOL has been experiencing many of the same bear-related doldrums that have plagued other altcoins in recent times. The good news is that despite massive volatility as of late, the long-term outlook for the coin is considered by many to be very promising indeed given the huge plans of the network. A final point to mention is that Solana is one of the first cryptos to create its own online store (Solana Pay). This hints at its overall stability and some feel that Solana Pay might represent the future of online POS transactions.

Unlike some other altcoins, Ripple has performed quite well throughout 2022. This partially involves its recent victory over the United States Security and Exchange Commission (SEC); confirming that this currency did not violate trading regulations (1). In fact, some investors see this as a win for the entire crypto sector. From a technical perspective, XRP has exhibited a solid upswing known as a “bullish pendant”. This signals that yet another resistance breakout may be in short order. So, it’s a good idea to keep a close eye on where Ripple is headed in the coming months.

Description: Trade Cardano (ADA) from one of our top listed crypto exchanges.

Many feel that 2021 represented a “golden year” for Cardano, as it outperformed Bitcoin by a staggering 75% in terms of ROI. Let’s also point out that ADA is considered to represent one of the most top altcoins due to fluid price movements. So, traders could view this crypto as a short-term investment or as a medium-term hedge against other assets. While the price of Cardano has dropped since its peak in September 2021, experts are still bullish due to the fact that many traders view ADA as a strong buy opportunity for Q4 2022.

BNB has been enjoying a significant amount of attention ever since Binance launched this flagship currency. While engineered as a utility token more than anything else, Binance Coin has recently been rated as one of the top five altcoins with the highest market cap. In other words, traders are beginning to feel that its bearish days have come to an end. Some even claim that a conservative linear uptrend could see prices settling as high as $388 dollars by the end of Q4.

Helium is another well-known name that has rightfully made our list. Not only is HNT one of the top altcoins in terms of longitudinal performance, but its focus upon ESG (environmental, social and governance) principles makes it very popular with younger crypto investors. Let’s also mention that HNT is one of the few currencies which has access to the IoT marketplace. This provides Helium with a degree of stability that seems to be rare in this day and age.

The Cosmos bulls are currently eyeing a target as high as $17 dollars by the end of Q4 2022. Although recent technical analyses did not uncover a strong pressure to buy, the fact that prices have hovered above mid-range levels seems to indicate a positive outlook. Having said this, ATOM is also known for its volatility on occasion. It could therefore be a perfect opportunity for short-term crypto enthusiasts.

The fact that GUSD is pegged to the value of the US dollar has provided it with a fair amount of stability over recent times. This enables instant blockchain transfers and investors can also use the Gemini Dollar as a hedge against open-market volatility. However, we shouldn’t predict any massive upticks between now and the end of the year. Most analysts view GUSD as a medium- to long-term hold. Due to the relatively low price of this stablecoin, it could also be a good option for those with limited funds.

Shiba INU was at one time considered nothing more than a meme coin. However, it has now become a utility coin thanks to numerous projects under development within its ecosystem. The recent launch of the Shiba Eternity game should also provide room for more bullish movements. An upcoming metaverse undertaking known as “Shiberse” likewise shows that this altcoin is here to stay. The remainder of 2022 will likely show steady and moderate gains.

Be sure to keep a close eye on these ten altcoins –  and on Crypto Lists – as they could very well place a sliver lining on what would have otherwise been considered a rather cloudy year for cryptocurrencies. Of course, given very recent events anything is possible, but at least nobody can say that crypto space is dull!

Description: Trade cryptocurrencies at home or on the move via mobile app on one of the best best exchanges around!