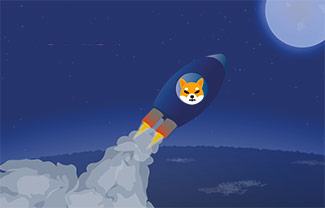 Wonder what meme tokens are? Do you want to find out which which are the best meme coins or tokens right now?

Many people have either used Bitcoin or are familiar with it, but it’s not the only crypto around. In recent years, meme-based cryptocurrencies such as Dogecoin have gained immense popularity, prompting the emergence of numerous copycats, including Shiba Inu, Dogelon Mars, Doge Dash, Samoyed Coin, and so many more.

Although the majority of these meme cryptocurrencies are developed as jokes, some of them can go mainstream. For instance, Dogecoin experienced a massive price increase in May 2021 before it eventually took off. So, what are meme tokens and what is their importance? Read on to find out more about them.

This is the toplist with Meme coins and tokens for people in United States. There may still be restrictions what people in the your geographic region are allowed to do when it comes to crypto currencies. So make sure that you read up on the regulatory restrictions as well as the terms and conditions for each crypto exchange and consider what is allowed or not allowed. Crypto is extremely volatile and not suitable for everyone to invest in. Never speculate with money that you cannot afford to loose.

Doge Dash (DOGEDASH)
“DogeDash is the native meme token for the exciting play to earn game with the same name.”
dogedash.com
TOKEN-BSC

BananoCoin (BAN)
“Banano is a feeless, instant, rich in potassium cryptocurrency powered by DAG technology and they aim to disrupt the meme coin sector.”
banano.cc
TOKEN-BSC

What is a meme coin?

It refers to cryptocurrencies that are – but not exclusively – developed and inspired by internet jokes and memes. Another example can be to grab attention from a celebrity, like with Baby Musk trying to chill the coin until Elon Musk will tweet about it. The most famous meme asset is Dogecoin – a viral dog meme of a Shiba Inu. In many cases, meme-based cryptos aren’t designed to be taken seriously. However, they could still gain popularity when members of a particular community buy into the most recent meme token to be in on that joke.

Where are Meme Coins Used?

Unlike traditional cryptos, meme tokens have no inherent value and are not judged according to the utility they offer to customers. Instead, the majority of them are created as a means of making quick money.

Some of these meme tokens have become highly popular because they’re associated with influential celebrities. That is why some meme tokens tend to enjoy exponential growth despite having shaky fundamentals.

After their price has increased to the desired level, investors usually sell off their coins shortly to make a quick profit. Since meme tokens have no real-world utility or genuine use case presently, it’s unlikely that they’ll still be around in a few decades.

Below are some of the biggest meme tokens by daily turnover, measured the 3rd of February, 2022:

Famous People Who Own Meme Coins

Elon Musk. He owns an enormous amount of Dogecoins and has often hailed it as the “people’s cryptocurrency”. His company, Tesla, also accepts DOGE payments for certain merchandise.
Mark Cuban. A TV personality and billionaire, Mark Cuban disclosed that he owns Dogecoin and has even bought some for his kid.
Gene Simmons. Simmons owns $300,000 worth of Cardano (ADA). He’s also invested in other cryptos like XRP and BTC.

Up and Coming Meme Tokens Launched in 2022

Koda (KODA) is a new dog meme token that’s looking to disrupt the market in 2022. It also offers a secondary token known as KODA-APEX (KAPEX).
Baby Musk Coin (BABYMUSK) was launched in January 2022 and its objective is to replicate the success of Dogecoin and Shiba Inu. It offers BTC rewards, a wallet, and an index fund. It’s currently listed on CoinMarketCap.
Luni (LUNI) is a meme token and metaverse token that was released towards the end of 2021 on the Terra network. It looks promising given that it offers integration with NFTs, virtual world, staking and reward system, P2E games, and so much more.

Meme Coins that are Set to Explode in 2022

While it’s almost impossible to predict the next rocket, you can either select a fairly new meme token with lots of potential, or a more established one. Based on the highest trading activity and popularity, three of the best meme tokens in terms of word of mouth, that could be set to explode in 2022 are Dogecoin (DOGE), Shiba Inu (SHIB), and Dogelon Mars (ELON). However, since there are 100’s of popular meme coins available on multiple blockchains, we suggest you do your own research since this is only a few of many potential rockets. Beware that meme coins usually lacks inherent value, which makes them even riskier than the top two cryptocurrencies that rarely move above 20% per day.

The pricing of meme tokens is extremely volatile because they rely heavily on community sentiment and outside influences such as celebrity tweets. While this means that the value of a particular meme token could rise dramatically, it also means that it could quickly crash if the community loses interest and decides to move on to a newer meme coin.

Moreover, some meme tokens are created as fraudulent projects to scam people with their money. For instance, a Squid Game-based meme coin (SQUID) was developed to take advantage of the popular TV show. Its price increased dramatically to more than $2,000 before the developers disappeared with everyone’s money.

What is the difference between meme tokens and other cryptocurrencies

There is one significant difference between meme tokens and other cryptocurrencies – utility. Major cryptos such as Bitcoin and Ethereum were designed to solve real-world challenges. Their objective is to become globally accepted by vendors, forming a novel type of decentralized currency. On the other hand, meme tokens have no real-world purpose or utility.

+Day trading could be quite profitable.
+Some meme coin or token could be the next big cryptocurrency.
+Some of them receive positive sentiments from influential celebrities.

-They have no real purpose, they mainly look cool or sounds a fun.
-They are extremely volatile because they are often created from social media “jokes”
-They have either an extremely high number of coins or an almost unlimited supply which has an effect on their value in the long-term.

We do get questions about meme coins now and then. Here are some of the latest inquiries.

Where can I swap meme coin tokens for a low transfer cost?

Some of the meme coin exchanges that offer low transfer costs include Coinbase, Binance, and eToro.

Although the majority of these cryptocurrencies are developed as stupid jokes, some of them like Dogecoin and Shiba Inu can go mainstream.

Among the principles of Shariah, it’s stated that only assets that have bona fide utility and benefit should be traded. That said, meme coins are likely not halal because they neither have bona fide utility nor genuine use cases. However, we are no experts on islamic laws and suggest you speak to a local imam, ask friends or family for suggestions before speculating, putting in some money for fun or for the sake of investing.

Which meme coin or token is the most well known?

The most well known and talked about meme coin is the Dogecoin, as it been talked about by Elon musk and other famous profiles, not only on Twitter but also on TV and radio shows. Elon Musk has even said that Tesla will be accepting Dogecoin for payment of their cars in the future.

5 new cheap crypto tokens added
Wednesday, 9 Feb 2022 1:06 pm
Crypto Lists added quite a few meme tokens yesterday. Many of them also fit into the list of cheapest tokens, since the supply of many of those assets are rather high and the price per token very low. Some new reviews in the coin top list include Baby Musk, Kishu Inu, SwinCoin, Shiba Inu and Samoyed Coin...
Read the full newsflash
Toplist: MEME COINS Toplist: CHEAP COINS

Will This December’s Crypto Market be Bullish or Bearish?
49 mins ago