Based on your country, the available crypto top lists will vary.

While some jurisdictions have lots of options and crypto sites available, others are a little trickier. We have created a top 20 list of the most popular countries so it will be easier for you to find targeted crypto top lists in the U.S, UK, EU, Asia or for any other particular country or market.

Brazilian crypto lists: The market for cryptocurrencies in Brazil is growing quickly every day, not the least since their local currency (BRL) lost 72% in 10 years time against the USD and 31% in 3 years time. Since the Brazilian Real is losing value so much, many people love to trade and store money in Stablecoins (safer and better interest rate) or new cryptocurrencies. Brazil is counted as one of the fastest growing markets in the world, fueled by high increasing interest and a controversial government. The amount of payment providers are still way lower than in the European, American and Asian markets for crypto, but it’s improving quickly. Go around on Crypto Lists, which is GEO IP targeted, so you always get relevant content for Brazilian users. Canadian crypto lists: Still, there is no stablecoin linked to the loonie – and crypto investors and traders in Canada are quite annoyed about it. There are at least talks about a central bank linked crypto from BOC, but that would probably not be heavily used by investors, since high interest rates are easier found on other coins. We have top lists for both English & French language supported coins that can be purchased by fiat (Canadian Dollars) or any other currency and most cryptos. 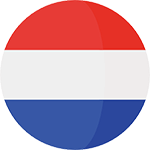 Dutch crypto lists: Being one of the most technologically advanced countries in Europe, it’s perhaps no surprise that Dutch people love to invest in crypto. We have created top lists for Netherlands, where everything from the most popular mainstream coins to new cryptos by and for Dutch people are shown. Many recent hot projects in the crypto field has been created by Dutch people, where Crypto Island is one of the latest. What’s PSV Eindhoven is accepting one of their sponsorship deals to be paid in Bitcoin, while AZ Alkmaar is a professional football club that holds Bitcoin as a complement to Euro.

Finnish crypto lists: A great number of crypto sites are available in Finland, but only a handful have advanced guides and tips about the best new cryptocurrencies in Finland. We at CryptoLists.com are doing our best to find sites where you can buy crypto securely and effortless from Finland. We make sure that you find the easiest way to buy, sell and stora cryptocurrencies such as Bitcoin, Solana, Ethereum and stable coins with debit card, direct transfers and other suitable payment options. 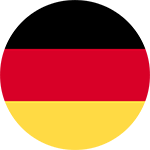 German crypto lists: The DAC market, or Deutschland (DE), Austria (AU) and Switzerland (CH) all offer German speaking sites, even if the vocabulary, pronunciation, expressions, dialects and phrases might differ for some words. DAC is the biggest markets in Europe for cryptocurrency trading and investing. While Germans love Coinbase, Bison and eToro are also hugely popular for trading. About 2.6% of the German population own cryptocurrencies, which is way less than in America. Now, it’s even possible to buy crypto from special funds – so called “spezialfonds” as it’s called in German. If you are rather interested in the newest cryptocurrencies for German speakers, go here. 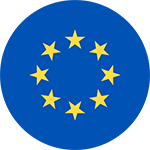 EU crypto lists: Here, we are listing all European cryptocurrencies. The European market is one of the biggest in the world, when it comes to turnover. While there are very few Euro-based stablecoins, we can at least mention Tether EUR (EURT), BitEUR and xEUR. None of them are huge at the moment, but at least it’s an alternative to USDT and USDC. European cities such as London, Amsterdam, Berlin, Lisbon and Kiev are all major hubs for crypto entusiasts and businesses in this field. In this section we also bring up EU licensing for crypto, and various centres and hubs for regulation. Learn more about crypto in our EU top list here. 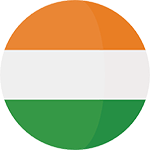 Indian crypto lists: One of the countries that consider banning private cryptocurrencies, following a crackdown in China. Meanwhile, the country’s own central bank plan to launch their digital indian rupee. The main reason for a potential ban in India is because of the speculation that’s going on. As you can expect, most individuals would not care about centralised digital rupee from India and would still continue to trade with Ethereum (ETH), Bitcoin (BTC) and many of the alt coins, using a proxy server or simply get the crypto stay in the wallet for a few years. Polygon (Matic) is an indian cryptocurrency, founded by four software engineers from Mumbai: Jaynti Kanani, Sandeep Nailwal, Anurag Arjun and Mihailo Bjelic. See the toplist for India here. 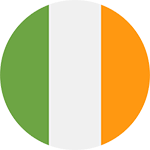 Irish crypto lists: If you’re living in the Republic of Ireland, you most likely prefer to play in euros (€) and to have local support. While the Irish central bank issued warnings about cryptocurrencies, it’s still legal to buy, sell and stake. You can purchase crypto with you own debit card issued in Ireland. There are still not so many entrepreneurs in Ireland that focus on crypto coins, but we hope to see more in the near future. Still, around 10% of all Irish inhabitants own crypto according to Independent. We are working on creating a specific crypto top list for Ireland, where everything Irish will be featured. 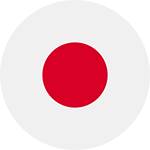 Japanese crypto lists: Another fast growing Asian market, that’s seeing one of the biggest growths in the last year. After all, many believe that the founder of Bitcoin, Satoshi Nakamoto, is from Japan. Anyway, in Japan they have the first regulated digital yen, called GYEN. It’s created by GMO-Z, one of the major forex trading and online investment firms. Japanese crypto investors love to own Ripple (XRP) and Cardano (ADA). Both are seen as less volatile than many other cryptocurrencies and fits well with Japanese risk averse behaviour.

Norwegian crypto lists: For those looking to trade with Norwegian cryptocurrencies, we got a few to mention. A partly Norwegian cryptocurrency project is IOTA (MIOTA), where David Sønstebø is the guy from Norway. It’s a distributed ledger, built on Tangle, a system of nodes that will confirm transactions. In 2020, Iota was hacked and has after the growth has slowed down. Other popular coins that’s not created by Norwegians but still really popular in the country, include Bitcoin, Ethereum and Dogecoin. CryptoLists.com have also discovered a man in Norway that bought 5000 Bitcoins in 2013, and managed to find them 7 years later. 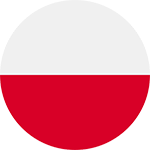 Polish crypto lists: About 2.5% of all inhabitants in Poland own some cryptocurrency. While Bitcoin and Ethereum is equally popular among poles, Ripple, Cardano, Litecoin and Stellar is the most popular in June, 2021. When it comes to crypto exchanges, there is a polish company with global ambitions – Zonda Global. The oldest known polish cryptocurrency is probably Polcoin (PLC), that was established in 2014. The Golem Project (GNT) got the highest market cap among the polish cryptos. But which of the new cryptocurrencies are traded the most in Poland? Stay tuned and follow our site to find out more about Polish created projects such as Luni coin. 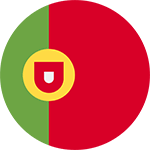 Portuguese crypto lists: Lisbon and Portugal are becoming increasingly important in the cryptocurrency sphere lately, not the least thanks to WebSummit, Europe’s biggest technology event. Every week, several crypto gatherings are taking place in Portugals capital. Some cryptocurrencies with Portuguese connections include, but are not limited to, Polkastarter, DotMoovs and UTrust. In a few places in Portugal, you can buy Bitcoin, Monero or Litecoin from a machine, similar to an ATM. Not the most modern perhaps, but an alternative to the all digital wallets that most people use. 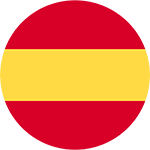 Spanish crypto lists: In the end of 2021, about 2.5% of the inhabitants own cryptocurrency in Spain. While Bitcoin and alt coins are not classified as legal tender, they are considered a type of bartering at the moment. An increasing number of Spanish football clubs such as Barcelona F.C and Atlético de Madrid, both got fan tokens which is a type of cryptocurrency. One of the major department stores in Spain, El Corte Ingles, are trying to register a trademark called “BitCor“, which might be used for cryptocurrency trading and rewards to customers in the near future. Swedish crypto lists: Cryptocurrencies are often discussed in Sweden, even there are lots of hurdles in order to get started and many banks block transfers to some of the crypto exchanges. Only 3% of people in Sweden own any cryptocurrency, which is way lower than the UK, Germany and Greece. The Swedish central bank, Riksbanken, have indicated that they may launch their eKrona in 2022. Among crypto related companies founded in Sweden, there is Safello, where you can buy cryptocurrencies from your mobile, both simple and safe with the local BankID or Swish. One Swedish cryptocurrency is Chromia, while Superblocks is a company where development on the ETH20 chain can be done with an automated process. Want to know and learn more about Sweden? See the top list for Sweden here. 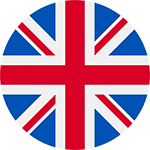 UK crypto lists: The opportunities for Brits looking for trading and buying cryptocurrencies are increasing for every day, even if Binance UK got banned. Cryptocurrency is not considered legal tender in the UK, but a type of property. All crypto related companies (exchanges, advisors etc) having precence in United Kingdom, got to be registered with FCA. Keen to know more? See the latest UK top list here.

Any country that we missed? We’ll cover more important countries within short. Our site is based on GEO-IP, so you will land on the most relevant page for your region anyway. Let us know if you got any suggestions of country based top lists you would like to see.