22% of African Americans own cryptocurrencies 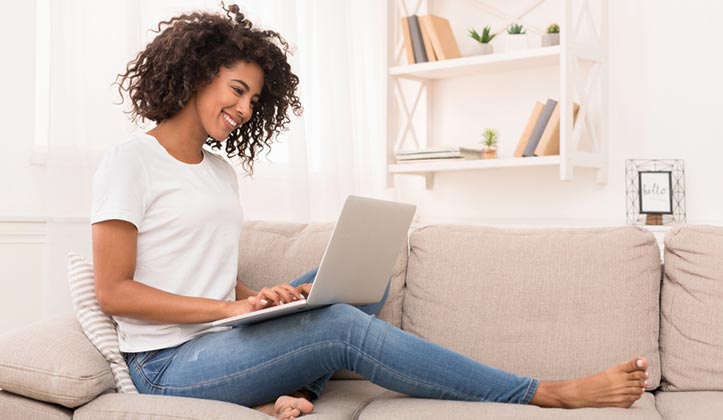 Did you know that 22% of all African Americans own cryptocurrencies. Compared to only 11% crypto investors among the white and hispanic population in the U.S, it makes you wonder why African Americans are seeing..

Majority of people of colour are taking an interest in cryptocurrency investment, raising the numbers to 44%. These crypto investors are generally young and people of colour. They are also diverse in terms of gender and ethnicity. All these are due to financial inclusion and democratization of world economics, thus attracting many investors. Many questions and speculations have emerged on whether cryptocurrencies are a way that they are reclaiming their financial fortitude.

Breakdown on Why these Investors Prefer Cryptocurrencies

Investing in cryptocurrencies could indirectly be a way that race are using to reclaim their stolen financial time. Therefore, for 0them to materialise this, they need to work extra hard to have generational wealth in the future. In the US, people of colour possess only 3.8% of their wealth, equating to $116 trillions.

According to the data from CultureBanx, only a handful of the this race invest in stocks compared to the whites. However, African Americans prefer investing in cryptocurrencies and from a recent survey by Harris Poll, 30% of them have cryptocurrencies.

Despite the tough volatility, cryptocurrencies are trendy in this community. They present numerous benefits to their investors compared to other financial institutions such as banks giving them an upper hand.

Women of colour are also becoming a fast-growing population of entrepreneurs in the United States. Half of the population of African Americans are the younger generation and 27% are university students undertaking STEMs. Therefore, more people will be willing to spend and invest more in cryptocurrencies.

According to the Selig Centre, The race have a spending capacity of $1.4 trillion. Therefore, in a couple of decades to come, African Americans will have the highest population in the U.S.

Like any other financial entity, cryptocurrencies usually face challenges such as underperformance due to numerous factors. Additionally, investing in digital coins such as Bitcoin can be risky because, often, stock-picking usually fails to reach the broad market at the end even after receiving help from financial industry professionals. For instance, in April, Bitcoin managed to achieve over $63 000.

Gender Disparity as the Main Challenge affecting this Community in Cryptocurrency

Generally, cryptocurrencies are a big technological advancement in the 21st Century. Still, it faces problems from the 20th Century, such as gender disparity. It is important to note that twice as many men as women invest in cryptocurrencies. There are 16% of men compared to 7% of women in this field.

This, therefore, creates a bigger gap that surpasses that of traditional forms of investing in stocks, real estate, mutual funds and ETFs. To reduce this big gap, cryptocurrencies such as ETH, Bitcoin, and dogecoin are receiving promotion so that they can increase diversity in investors through walling off the traditional finance field.

Even though the Black community struggles to move up the bar in cryptocurrencies, 20th-century problems gender inequality still follow them. This makes women lag behind men when it comes to investing in cryptocurrencies, making it a struggle for them to keep up the pace in the traditional vertical investments.

Following the new survey data that Crypto Lists can provide, below are some of the performances of both men and women in terms of investments:

This survey was courtesy of CNBC and Acorns by Momentive company from 4th – 9th August 2021.

Organisations and companies are working to create digital currency platforms that promote diversity and those that democratise investing. For numerous decades, gender disparity has been a common problem for most financial services industries.

However, digital coins like Dogecoin, Bitcoin and ETH have become attractive to new investors by encouraging diversity in the industry. Even more interesting, these cryptocurrencies are open to people of all races, and currently, 22% of african origin have crypto investments. On the other hand, despite all these efforts to curb racial discrimination in crypto investment, you cannot say the same thing about gender disparity.

Additionally, when combining gender and race, it appears like most buttoned-up financial verticals. You will realise that only 4% of women of colour are cryptocurrency investors while 19% are white women. This means that plenty of them are missing out on such great opportunities.

The entire world of finance and cryptocurrencies is generally challenging to most women, and it is even worse for women of this colour. In the past decades, financial institutions couldn’t issue out loans to women, own a credit card or even take out a mortgage without having a man as a co-signer.

The institutions were so biased and treated women with so much inequality as opposed to men. Therefore, it became hard for women and people of colour to acquire loans or even invest in digital currencies.

Ideally, not much has changed. The situation is still the same in this current world of digital technology. Following the new current survey of these discriminatory practises, women are still at a disadvantage compared to men in this community. For them to invest in cryptocurrencies, they have to work twice as hard and also try twice as hard for it to be a success.

All these barriers that hinder women from investing in cryptocurrencies result from gender disparity and racial discrimination. However, the cryptocurrency industry is working tirelessly every day to ensure that women- especially those of Black colour- receive the same privileges as men.

They create a forum where all kinds of investors have access to resources through social media platforms like Facebook, Twitter and LinkedIn. They also offer online training and work towards reaching their target markets to engage in both new and traditional forms of investing.

Why only Few Black People use Bitcoin
Bitcoin is a popular cryptocurrency among the white community. However, it has numerous shortcomings that may be a big disadvantage to African Americans owning cryptocurrency or those planning to own crypto. Below are some of the reasons why only a few black use Bitcoin:

1. Insecurity: Fraud and Theft is on the Rise
It is common for cryptocurrencies to be hacked by fraudsters, but Bitcoin investors have registered serious complaints. When novice investors fail to secure their coins by storing them in digital wallets, it leaves more room for thieves and hackers to tamper with them. Some organisations in countries like North Korea are practicing Bitcoin mining to channel money into their degrading economies. Such activities paint a negative picture to this cryptocurrency, terming it as a better option for thieves.

2. Bitcoin Lacks Regulation
Current crypto investors benefit from using cryptocurrencies with no regulation as it offers them anonymity during transactions and other operations. However, as an unregulated asset, it becomes risky if things do not go as planned.

It is important to note that most cryptocurrency trading does not take place in the U.S. Therefore, this reduces the security and the exchange commissions if your digital assets fall into the wrong hands.

Even though many factors may affect the number of them investing in cryptocurrencies, they still find a way to bank their assets in digital currencies. In a few years, issues of gender disparity, especially on women of colour, will reduce due to improvements based on diversity and inclusion.