Are We Headed Toward a New Altcoin Season? 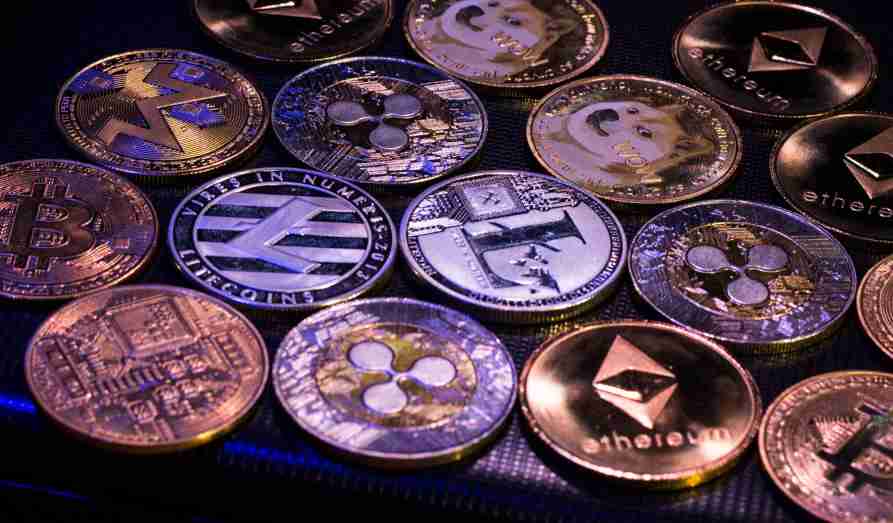 The market circumstances of 2022 caused everyone to suffer significant losses, so cryptocurrency traders are anxiously expecting the revival of a bullish trend. Crypto Lists examines the state of play…

There has recently been a growth in the trade value and quantity of numerous cryptocurrencies, including the well-known Ethereum, the meme-based crypto coins Dogecoin and Shiba Inu, the Ethereum competitors Solana and Avalanche, and many more altcoins.

Since 2020, we’ve seen brief bursts and projections of what’s known as “Altcoin season,” and in 2022, some are again anticipating another one.

Market indicators of an Altcoin season

The evaluation of the market cap chart for the best altcoins and the resemblance to the previous alt bull sentiment aren’t the only factors driving the ongoing rise in alternative coin prices. Recent data we’ve looked at on BlockchainCenter data indicates that the altcoin season 2022 has indeed just begun.

According to their up-to-date altcoin season chart, the index reached the altcoin dominance area in early August. According to their website,
‘Altcoin Season’ is when 75% of the Top 50 coins outperform Bitcoin over the previous 90 days.

The cryptocurrency season index they developed saw a value of about 98 on August 10. Since the months of April to June 2021, these quantities have not been observed. So, if the indicator stays over the mark of 75 for the ensuing few weeks, a robust altcoin season in 2022 may be on the horizon!

Description: Buy SOL and be part of the revolution of smart contracts and Web3.

When exploring a 90-day summary of the top fifty cryptos and comparing that information to the price movement of Bitcoin (BTC), it appears that during the current season, BTC lost while the majority of altcoins saw gains or suffered reduced losses.

CEL, ETC, UNI, and LINK are among the best altcoins in the lead. Despite their falls, some of the biggest projects, like XRP, ADA, and ETH, remained ahead of Bitcoin.

A surge in short holdings

An increase in short holdings in cryptocurrencies has been observed. Short holdings in altcoins are much more prevalent than long-term transactions. This indicates that more traders are betting on price declines than on price increases. However, historical evidence indicates that such events would often result in a sharp price increase. It is still uncertain whether such a price recovery will occur and whether it will result in an altcoin season.

The progress of Ethereum (ETH), the largest cryptocurrency, against BTC is yet another sign of a likely altcoin boom in 2022. The analysis of Ethereum in relation to the US dollar found that the value of ETH has been rapidly increasing lately. The RSI may have broken out from the lengthy resistance line and be on its way to rising to the $2100 mark.

Now that we’re examining the relationship to BTC, the weeklong chart offers a further bullish viewpoint. Since bottoming at 0.05 BTC, which originally functioned as resistance, the price of ETH/BTC has been climbing. Validation of this zone was a bullish indication that started the current uptrend.

Description: Sign up to one of the best trading sites for altcoins today!

El crypto prof, a Twitter cryptocurrency analyst, has created a month-to-month chart of ETH/BTC, implying that Ethereum’s worth vs. Bitcoin is about to skyrocket. He found analogies in the fractals of past ascending waves, claiming that today’s price activity matches the beginning 2017 era (orange ellipses).

As per his forecast, ETH might grow 379% from its low point in the following months to attain 0.25 BTC. If this is true, Ethereum’s surge will significantly motivate the altcoin season in 2022.

Although 2022 was a challenging year for crypto investors, its conclusion demonstrated that it might be a fruitful year for the Altcoin season, as there’s an undeniable potential for a boost in the value of altcoins. Fasten your seat belts, for the mother of all movements, is perhaps about to commence. Remember, crypto is highly voliatile and you should only invest what you can afford to lose. Crypto Lists is only providing you with information for educational purposes, and nothing on our site should be taken as financial advice.

Solana DeFi is down 97% following FTX tumult
Tuesday, 15 Nov 2022 6:20 pm
The Solana DeFi projects are some of the most hurt by the collapse and tumult around FTX. DeFi apps on the Solana Network were valued above 10 billion during the peak 1 year ago. Today, the value is 97% lower, standing at just over 300M USD. However, some projects such as Serum (SRM), are up 65% for the day. So perhaps we are going to see a turnaround for the related Solana coins and tokens within a short timeframe? Or will they continue down for a few weeks, months or years? What do you think? Trade Solana and other digital asset from a crypto broker of your choice...
Read the full newsflash
SOLANA Review: FTX

How will the $800m in unstaked Solana affect prices?
Thursday, 10 Nov 2022 7:36 am
With Solana (SOL) down 50% this week as of time of writing, a further downturn could be on the cards. With almost $1bn in unreleased SOL coins set to hit the markets over the coming day, traders are concerned this could lead to a further leg down. Despite the massive downward turn, many in the industry are still optimistic about the future of the network, pointing to its ambitious plans and impressive developer community. Want to buy the dip? Sign up for Coinbase today!...
Read the full newsflash
SOLANA SOL

SOL dips below $20 for the first time since April 2021
Wednesday, 9 Nov 2022 7:47 am
Perhaps pushed forward by the ongoing shennanigans between Binance and FTX, the crypto market is in a highly voliatile state. While some are panicking, many see this as a golden buying opportunity. It really depends on a person's indivdual outlook. During the early hours of Wednesday morning UK time, Solana (SOL) dropped briefly below the $20 mark for the first time since 2021. How much further can this major altcoin drop? If you want to get involved when this price is down, you can sign up for Crypto.com here...
Read the full newsflash
SOLANA SOL