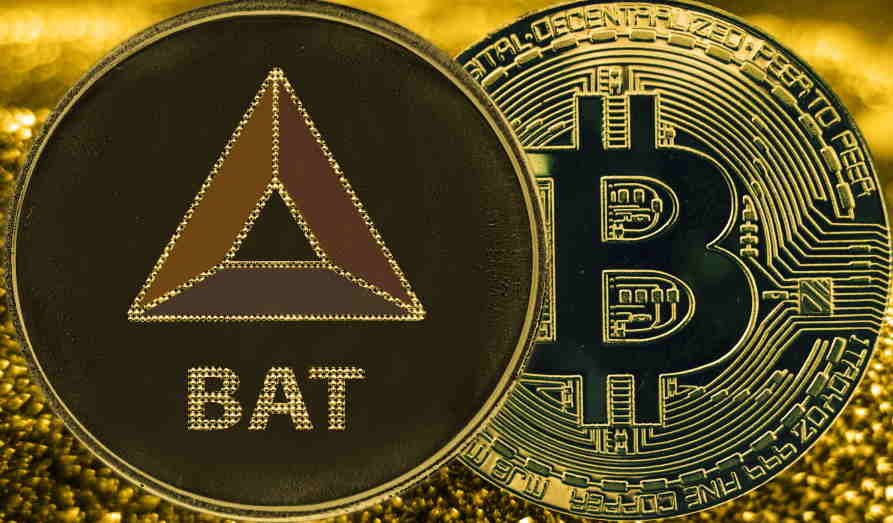 Today, Crypto Lists will discuss Basic Attention Token (BAT) price estimates from a technical and fundamental analysis perspective. Please note that there are also many other factors to consider when entering a position, such as your time horizon, willingness to risk and how much margin you have if trading with leverage.

The Basic Attention Token (BAT) is a cryptocurrency used in the digital advertising industry, and it pays publishers for their content and users for their attention while providing advertisers with more in return for their ads. All BAT transactions settle on Ethereum, and BAT operates on a web browser called Brave, developed by the team that created the token.

The digital advertising industry is failing users, publishers, and advertisers, and it is important to note that BAT has seen stunning results since its integration into the Brave browser’s first global private ad platform. According to its official website, Basic Attention Token has more than 50 million monthly active users and more than 15 million daily active users.

There are also 1.5 million verified creators accepting BAT, millions of wallets created, thousands of ad campaigns with leading brands, and growing utility in the most innovative names in blockchain gaming which makes Basic Attention Token one of the most successful altcoin projects to date.

The Basic Attention Token is collaborating with some of the industry’s biggest brands, and the most popular names are eToro, Verizon, Nexo, Ashley, Coinbase, and Binance. BAT is a finite asset, with only 1 billion BAT in circulation, which means investors can be assured that their tokens represent a known percentage of the total supply of BAT.

The current price of BAT is more than 80% off from its 2022 highs that were registered last January, and the risk of further decline for BAT is not over. The collapse of FTX raised more doubts in the crypto space, while hawkish messages from major central banks added another pressure on the cryptocurrency market.

The European Central Bank, the Bank of England, and the U.S. Federal Reserve signalled that it would keep lifting interest rates in 2023 in order to bring down inflation, while many analysts expect a global recession that could weigh on stocks and cryptocurrencies even more.

The cryptocurrency market is still heavily correlated to equities and vulnerable to macro market shifts, while multiple data points also hint that Bitcoin might still not yet have reached the bottom. Zhou Wei, the former chief financial officer of the Binance exchange and the CEO of the Coins.ph platform said:

“The crypto market would remain depressed for a long time with more restrictive regulations coming following the collapse of FTX. Basically, we have to all brace ourselves for a pretty long winter in the crypto world.”

Caleb Franzen, senior market analyst, and strategist at Cubic Analytics, believes that the price of the flagship cryptocurrency is heading down in the direction of $14,000 and might drop even lower. The upside potential for the price of Basic Attention Token (BAT)  probably remains limited, and traders should keep Bitcoin on their watchlist while placing a short position toward the area.

On this chart (the period from May 2022), I marked important support and resistance levels that can help traders to understand where the price could move. Basic Attention Token (BAT) remains under pressure, but if the price advances above the resistance that stands at $0.25, the next target could be resistance at $0.30. The current support level is $0.17, and if the price breaks this level, it would be a “SELL” signal, and we have the open way to $0.15. If the price drops below $0.15, which represents an important support level, the next target could be located around $0.13 or even below.

Economists have warned that a global recession could be on the horizon, and the consensus appears that the price of Basic Attention Token (BAT) could drop even more. The price has stabilized now above $0.17 support, but a break below this level would indicate that BAT could probably test the important support level that stands at $0.15. TAs with increases, due to the correlation with Bitcoin, when the price of that asset drops, that usually has a negative influence on the price of BAT.

What do analysts and experts say?

Analysts and experts warn that a global recession could be on the horizon, and the price of Basic Attention Token (BAT) might have a hard time holding above the current price levels in January 2023. Major central banks took a more aggressive stance to fight inflation by raising interest rates, and risk-on assets such as cryptocurrencies tend to suffer in such conditions. While the rate increases are intended to tame inflation and thus help the economy, investors are worried that an aggressive interest rate policy could tip the economy into a deep recession.

American investor Jeffrey Gundlach said that he would not be surprised to see Bitcoin at $10,000 in the upcoming weeks, and if this happens, we would see Basic Attention Token (BAT) below $0.15.

Description: Sign up to one of the most popular crypto exchanges!