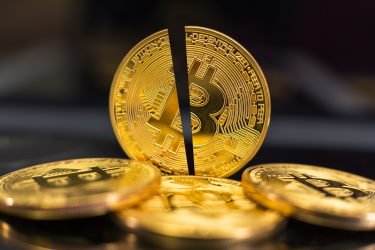 The Bitcoin Halving event is one of the key terms in the crypto space that gets mentioned frequently, yet is not fully understood by new entrants to the space. In this Crypto Lists guide, we’ll attempt to answer some of the key questions beginners might want answers to.

One of the biggest allures of Bitcoin is its fixed maximum supply. The number of Bitcoins will never exceed 21 million, and this helps to maintain its value. Unlike fiat currencies, its supply isn’t determined by central banks, and instead, its protocol determines the number of coins that can be created in a given period. It is expected that the final block will be mined in 2040.

What is the Bitcoin Halving?

To eliminate inflation in Bitcoin, the protocol uses a halving mechanism. This is a system that cuts the mining rewards by half. It occurs after every 210,000 blocks, and this number is usually reached after every four years. Halving typically results in an increase in the price of Bitcoin as it helps to control the supply of the coin. The demand for the coin will usually stay the same when halving occurs. At the moment, Bitcoin has an ‘inflation’ rate of 1.8%, and this is set to go down with the next halving event. Ultimately, Bitcoin’s inflation will reach zero and it’s value will be determined by scarcity and percieved value.

The fourth halving is set to occur at some point in 2024, and at that point, 740,000 blocks will have been mined. The block reward at this level will be 3.125 BTC. Bitcoin halvings will happen until the final coin is mined in 2140. It is worth noting that halving events don’t usually discourage miners as they have always lead to rising Bitcoin prices. For example, at the current rates, a reward of 6.25 BTC can earn a miner more than $106,000.

What Are the Implications of Bitcoin Halving Events?

Bitcoin halvings were added to the code of the cryptocurrency to ensure that new coins would be released at a steady pace. There have only been three halving events in the history of Bitcoin. The 2012 event led to an increase in the price of the coin from $11 about a month before, to $12 on the day of the event. In the following weeks and months, the price of the coin would increase steadily.

Description: Buy BTC before the next halving event!

Predictions for the Fourth Bitcoin Halving

It is likely that the next halving will lead to a similar rise in the price of Bitcoin. This is because of the guaranteed scarcity of the coin, and the increased coverage of the event in crypto platforms and mainstream news. The constrained supply of the coin also increases its desirability.

You should remember that historical trends will only be replicated if the demand for Bitcoin stays the same or increases. If there is a decreased demand for Bitcoin for any reason, the price may not go up. It is important to remember that the crypto sector has evolved significantly over the years and doesn’t resemble the 2012 or 2016 markets. Therefore, there is no sure way of predicting the impact of the next halving event.

Bitcoin halving is a significant aspect of this cryptocurrency. It helps to maintain scarcity in the issuance of Bitcoin. This is because miner rewards are cut in half. The event happens every 210,000 blocks, which is usually every four years. Historically, Bitcoin halving events have led to an increase in the price of the cryptocurrency. This is likely because of increased media coverage around the event, and the fact that the supply will be constrained following the halving. It is expected that the next halving event will lead to an increase in the price of BTC, given the historical trends.

Description: HODL your Bitcoins on one of the most reputable platforms!