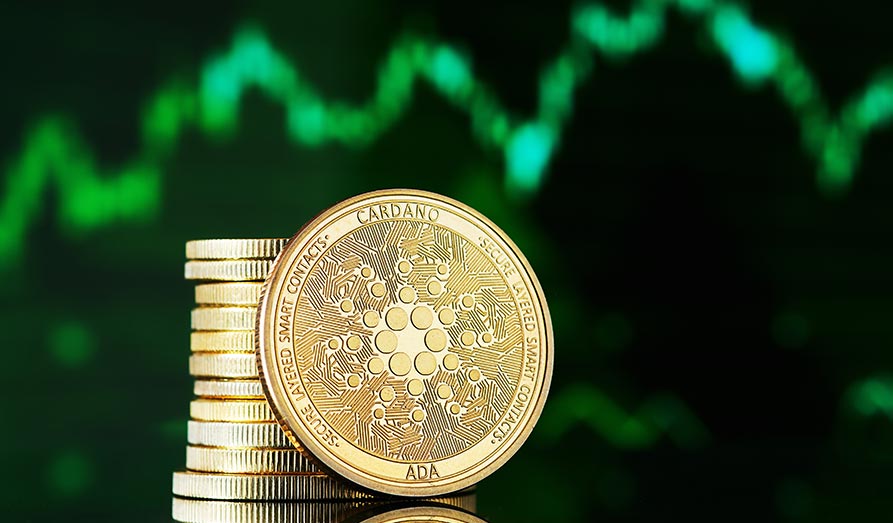 But where is the price of Cardano (ADA) going next, and what can we expect from the fourth quarter of 2022?

Just a few days ago, Cardano’s DEX made a major update. Today, Crypto Lists will discuss Cardano (ADA) price estimates from a technical and fundamental analysis perspective. Please note that there are also many other factors to consider when entering a position, such as your time horizon, willingness to risk and how much margin you got if trading with leverage.

The U.S. reported that new jobs rose more than expected in September

Cardano is a blockchain platform that allows transactions in its native cryptocurrency ADA and enables developers to build secure and scalable applications powered by it. It is is connected with various payment programs, and it is important to say that a variety of projects have been built on the Cardano platform.

Cardano was created in 2017 by technologists Charles Hoskinson and Jeremy Wood, and today, Cardano is maintained by three separate and independent organizations. These include the Cardano Foundation, IOHK (Co-founded by Hoskinson and Wood), and Emurgo (the company that helps larger organizations adopt Cardano’s technology).

Users need to buy ADA to facilitate transactions and participate in governance. Ownership of the token determines who gets to be a slot leader and add new blocks, and who earns a share of fees paid for transactions in blocks. ADA tokens are also used for voting on software policies, such as its inflation rate, giving participants an incentive to hold ADA and ensure its future value.

September has been a rough month for the cryptocurrency market, and ADA also closed the month in a negative posture amid a decline in interest in the market and a worsening macroeconomic environment. Economists have warned that a global recession could be on the horizon, especially if central banks continue to act too aggressively. The U.S. Federal Reserve took a more aggressive stance to fight inflation by raising interest rates and signaled more large increases to come in new projections.

This Friday, the U.S. reported that new jobs rose more than expected in September, which certainly increased the likelihood the Federal Reserve will barrel ahead with an interest rate hiking campaign. Nonfarm payrolls rose by 263,000 jobs, more than the 250,000 figure economists polled by Reuters had forecast.

The unemployment rate fell to 3.5%, lower than expectations of 3.7%, which also increased fears about aggressive interest rate hikes from the Federal Reserve. Analysts raised to 94.1% the probability of a 75 basis-point rate hike when Fed policymakers meet at the beginning of November. Jefferies economists Thomas Simons and Aneta Markowska said:

“We don’t think today’s report moves the needle on the Fed. Nothing here provides a justification for slowing from the recent pace of 75-basis-point rate hikes, so we expect another one at the November meeting.”

Investors are worried that an aggressive interest rate hike policy could trigger an even bigger sell-off, and in light of this, Cardano (ADA) might have a hard time holding above the current price levels. It is important to mention that the cryptocurrency market is correlated with the stock market, and if a downtrend is witnessed in the stock market, the same is usually replicated in the crypto-sphere as well. Investors continue to stay away from riskier assets, and going forward, the market is going to be hypersensitive to any sort of Fed comments.

Description: Trade Cardano as from a leading exchange, accepting both long and short positions. Explore a better crypto exchange now!

Cardano (ADA) has weakened from $0.59 to $0.41 since August 14, 2022, and the current price stands at $0.42. Traders should consider that the risk of further decline is still not over, and according to analysts, the U.S. Federal Reserve will continue to have an aggressive stance to fight inflation by raising interest rates.

On the chart below, we can see that ADA has been moving in the range from $0.40-$0.60 last several months, and as long the price of ADA is below $0.80, we can’t talk about a trend reversal, and the price of ADA remains in the SELL-ZONE.

On this chart (the period from November 2021), I marked important support and resistance levels that can help traders to understand where the price could move. Cardano (ADA) remains under pressure, but if the price advances above $0.70, the next target could be resistance at $0.80. The current support level is $0.40, and if the price breaks this level, it would be a “SELL” signal, and we have the open way to $0.35. If the price drops below $0.30, which represents very strong support, the next target could be located around $0.20.

What speaks for the rise in the Cardano (ADA) price

The fourth quarter of 2022 will likely be a tough period for ADA, and the outlook for risk appetite in the near term is not looking good. The crypto market sentiment is still unable to show positive signs, which is connected with a decline in global stock markets and the U.S. dollar’s sustained strength.

The Fed continues to belatedly fight inflation by raising its key rate and conducting tight monetary policy in general. The amount of ADA traded over the last several weeks saw a decrease, but if the price advances above the resistance that stands at $0.60, the next target could be located at around $0.70. Traders should also consider that the price of ADA is correlated with Bitcoin, and if the price of Bitcoin jumps above $22000, we can see ADA at a higher price level than the current price.

The upside potential for ADA remains limited in Q4, especially after comments from FED that rate cuts are not foreseen until 2024. Investors are worried that an aggressive interest rate hike policy could trigger an even bigger sell-off, and in light of this, Cardano (ADA) might have a hard time holding above the current price levels.

Economists have warned that a global recession could be on the horizon, and the consensus appears that the price of ADA will drop even more. The price of AAVE currently stands above $0.40, but if the price drops below $0.40, which represents the important support level, the next target could be located around $0.35 or even $0.30.

The cryptocurrency market continues to be bearish, following a considerable lack of demand in the market and the macro event. The overall market capitalization of the cryptocurrency industry fell 2.1% in the past 24 hours to $982.8 trillion, according to CoinGecko data. This Friday, the U.S. reported that new jobs rose more than expected in September, which certainly increased the likelihood the Federal Reserve will barrel ahead with an interest rate hiking campaign.

Analysts raised to 94.1% the probability of a 75 basis-point rate hike when Fed policymakers meet at the beginning of November. Investors are worried that another aggressive interest rate hike from the U.S. central bank could trigger a massive sell-off, and in light of this, Cardano (ADA) might have a hard time holding above the current price levels. Brandon Pizzurro, director of public investments at GuideStone Capital Management, said that the worst is ahead of us, and we can see new lows for the cryptocurrency market in the weeks ahead.

Description: What is your knowledge about ADA? Discover the native coin of Cardano and find where to buy and sell it.