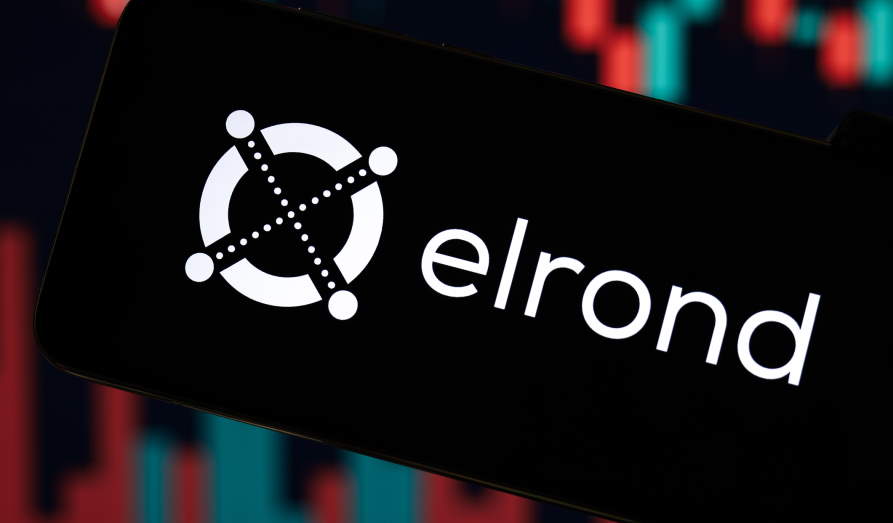 Today, Stanko from Crypto Lists will lend his expert eye to Elrond (EGLD) price estimates from a technical and fundamental analysis perspective. Please note that there are also many other factors to consider when entering a position, such as your time horizon, willingness to risk and how much margin you have if trading with leverage.

Elrond is a highly scalable, fast, and secure blockchain platform for distributed apps, enterprise use cases, and the new internet economy. This blockchain platform is built by a team of experienced entrepreneurs, engineers, and researchers with significant blockchain backgrounds who believe that blockchain integration should happen only if it creates real value.

Elrond is designed to compete against major blockchains, such as Ethereum and Zilliqa, and according to its official website, it brings significant improvements in blockchain speed, scale, cost, and user experience.

Elrond employs two unique features, adaptive state sharding and proof-of-stake, which allow it to process roughly 12,500 transactions per second. Sharding works by splitting the network into pieces, or shards, and once the transactions are processed, the shards broadcast them to the metachain (Elrond’s central blockchain), where they will be settled.

Elrond is a project that has big potential, and it is important to say that many important projects have already partnered with Elrond. The most popular ones include Binance, Bitfinex, eToro, Voyager, Kraken, OKX, Block Bank, Equalizer, Nash, Ultra, Cartesi, Holo Chain, and Matic..In August 2022, Elrond announced a partnership with UK-based fintech company Revolut which offers its services to over 20 million consumers in 36 countries.

“The most innovative and disruptive startups in the fintech field gravitate towards crypto, bringing along unique talent pools and fully engaged communities. When you add to this a vision that transcends its own product and industry, you get a game changer. Elrond is such a project. That’s why we are excited to be able to offer EGLD to Revolut’s customers and help them accomplish their vision of an inclusive global financial system.”

Where we are today

Elrond’s cryptocurrency, EGLD, plays a key role in maintaining its network and can be used for sending, rewarding network contributors, and running smart contracts. The supply of EGLD is limited to 20 million coins, and by owning and staking EGLD, users gain the ability to vote on network upgrades. In 2021 , EGLD achieved impressive growth accompanied by several extremes: in February, April, and September. The all-time high was achieved in November, and it was $541.50.

The federal funds rate is now in a range of 4.25% to 4.5% (the highest level since 2007), and there’s a general expectation of a contraction in the economy in the next several months, and it’s going to have an impact on corporate earnings. Investors continue to stay away from riskier assets, and in the days ahead, we can see EGLD at even lower price levels.

On the chart below, we can see that EGLD has been moving in the range from $40-$60 for a while, and as long the price of EGLD is below $60, it remains in the SELL-ZONE.

On this chart (the period from April 2022), I marked important support and resistance levels that can help traders to understand where the price could move. The risk of further sell-off for EGLD is not over, but if the price advances above $50, the next target could be important resistance that stands at $60. The current support level stands at $40, and if the price breaks this level, it would be a “SELL” signal, and we have the open way to $35. If the price drops below $30, which represents very strong support, the next target could be located around $25 or even below.

What speaks for the rise in the Elrond (EGLD) price

The last several weeks have been extremely tough for the cryptocurrency market, and cryptocurrencies have been suffering as the FTX crypto giant went bankrupt. The upside potential for EGLD remains limited for now; still, if the price advances above $50, the next target could be important resistance that stands at $60.

On Tuesday there was a smaller-than-expected rise in U.S. consumer prices, but the U.S. central bank signaled yesterday (Wednesday) that it would keep lifting interest rates in 2023 in order to bring down inflation.

Elrond (EGLD) has weakened more than 40% since November 03, and despite this, market participants should be ready for another potential downward move. The U.S. Federal Reserve hiked the benchmark interest rate by 50 basis points yesterday and signaled that it would keep lifting interest rates in 2023 in order to bring down inflation. The Fed now projects inflation, as measured by personal consumption expenditures, to rise to 5.6% this year, up from the previously estimated 5.4%. The FOMC said in a statement after its two-day meeting:

“The committee anticipates that ongoing increases in the target range will be appropriate in order to attain a stance of monetary policy that is sufficiently restrictive to return inflation to 2% over time.”

Following the current increase, the federal fund rate is now in the range of 4.25%-4.5%, the highest since 2007. The U.S. economy faces a recession risk that could dent crypto market sentiment even more, and there are obviously macroeconomic factors driving the wider crypto market at the moment. Head of Galaxy Digital fund and former Goldman Sachs fund manager Mike Novogratz said that cryptocurrencies would not make any significant jump until the Fed shifts its policy from hawkish and goes back to monetary easing.

Brian Quinlivan, Director of Marketing at Santiment, said that the world remains fragile; investors have lost interest in accumulating more coins, and traders aren’t trusting much of anything to rise any time soon. The consensus appears that the price of EGLD could drop even lower before reaching the bottom of the ongoing bear market.

Description: Sign up to one of the most highly regarded brokers in the world!

Pay with Elrond, BTC or ETH in Panama
Sunday, 1 May 2022 6:28 pm
Panama has had a long-standing reputation for being a tax haven, and it is now set to accept the use of cryptocurrencies to pay taxes and make private transactions. Gabriel Silva, a lawmaker from the Latin American country, tweeted recently that parliament had passed a law to make several cryptocurrencies legal tender. These include Bitcoin, Ether, XRP, Litecoin, XDC Network, IOTA, Algorand and Elrond from the Elrond network. According to Silva, the legislation will turn Panama into a hub for innovation and technology. The new law will...
Read the full newsflash
ELROND EGLD