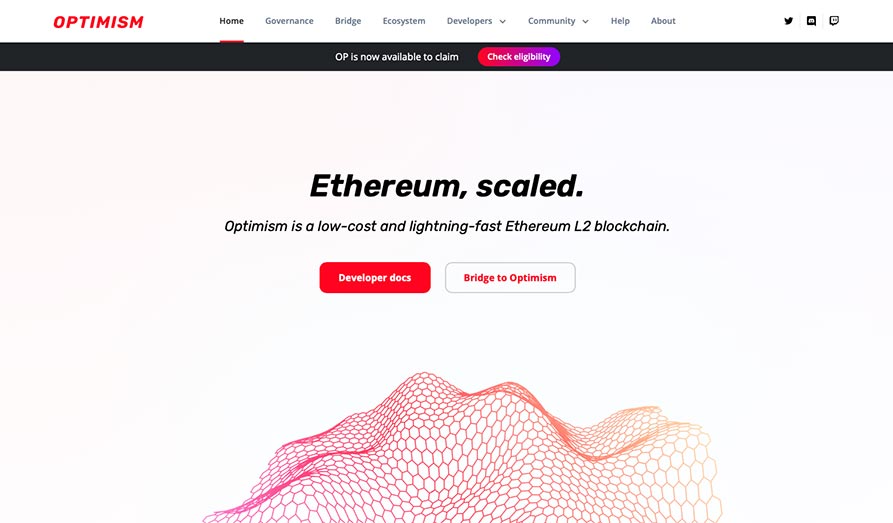 Optimism’s OP token went live on Tuesday, and early adopters of the network were rewarded through the scheduled airdrop. Still, anyone that used Optimism blockchain or are a DAO voter, could be eligible.

The company send OP tokens to a total of 248,699 addresses. The claims interface was reportedly overwhelmed and had to be suspended temporarily, and many users failed to get their tokens. Still, the coin has been able to go up about 20% since it was launched. The airdrop was preceded by tweets from several exchanges, including OKX, that stated that they would support the project.

Optimism had announced that it would launch a DAO in April, along with the token airdrops. It later chose to follow multiple phases with the airdrop campaign. Some parties that were eligible for their first wave of the airdrop include the DAO voters, early users of the network, Gitcoin donors, and active users of dApps on the Ethereum network.

The organization noted that this project, Optimism Collective, would be an experiment in digital governance at scale. OP is meant to be the governance token and will be used to direct upgrades, project incentives, and other features of the ecosystem.

Description: Do you want to invest in the OP token? You can buy it from Crypto dot com, a user friendly platform for the top coins and tokens!

User Airdrops
According to the Optimism Community documentation, 19% of the total supply of OP would be set aside for user airdrops. The first airdrop would distribute 5% of the token supply, and this would be granted to people who:

+Actively contributed to their communities.
+Had been priced out of ETH.
+Behaved in positive ways.
+The company originally aimed at reaching more than 250,000 addresses with the first airdrop, but they would manage about 249,000. The goal of this airdrop was to reward users of Optimum and attract core Ethereum users.

The other 14% of tokens set aside for the airdrops will be distributed in two separate sessions. At the moment, they are being held in reserves. The company hasn’t stated the airdrop metrics they will use, but it is clear that getting involved in the Optimism community will improve your odds of getting the tokens.

What is Optimism and the Optimism Collective?
Optimism is a layer 2 solution that is designed to mimic the code of Ethereum. The blockchain was introduced in 2019 and aimed at easing traffic on the main Ethereum network. As a layer 2 solution, Optimism allows users to send ERC-20 tokens between it and the main Ethereum blockchain. In addition to increasing the transfer speeds, this solution helps to lower transfer fees significantly.

With Optimism, Ethereum can sustainably grow its decentralized finance industry as it will be usable by people who can’t afford the outrageous transfer fees. Like many other layer 2 scaling solutions, this one does not have a native cryptocurrency for the payment of gas fees. Therefore, users have to own ETH.

Optimism Collective is a decentralized autonomous organization or DAO that was launched in 2022, and it is meant to reward public goods and build a sustainable future for Ethereum. The project will work as an experiment in digital democratic governance, and it will be controlled equally by the token house and the citizen’s house. Membership to the citizen’s house will be in the form of non-transferrable NFTs, and this will ensure that the project isn’t captured by plutocrats. On the other hand, voting in the token house will be determined by the number of coins you own. These OP tokens can be transferred at will.

Description: Are you an Ether maximalist? See live Ether prices, read news and facts about the world’s second largest cryptocurrency.

Conclusion
Scaling solutions have been very important to the Ethereum network as they have made it more usable. One of the most popular layer 2 solution of Ethereum is Optimism, and it has recently launched a DAO known as Optimism Collective. The governance token of this network is OP, and it will be distributed to supporters of the network via multiple airdrops. The first airdrop was held on Tuesday, when the network went live. With this airdrop, close to 249,000 addresses received the tokens. This was slightly under the 250,000 goal of the company.

You can get more news on blockchains, cryptocurrencies, and similar subjects at Crypto Lists.