Everything you need to know about the Litecoin halving in 2023 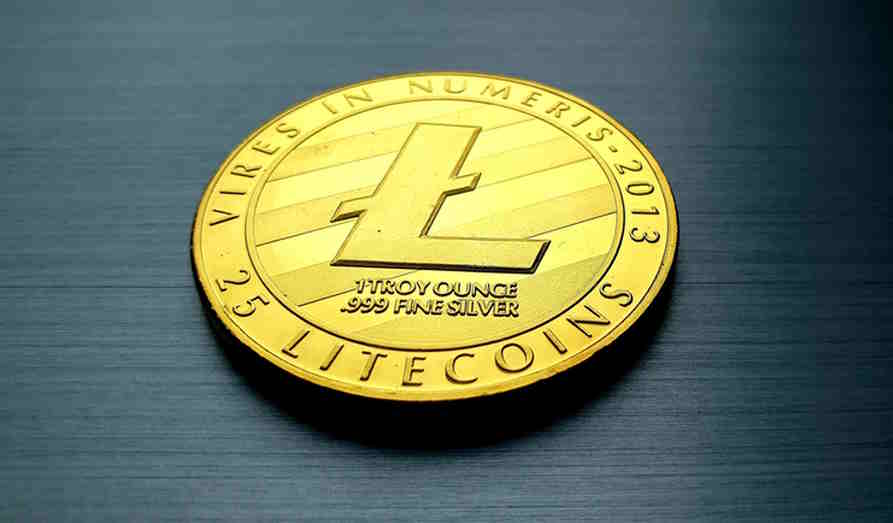 Some cryptocurrencies occasionally experience halving events, including Bitcoin, Dash, and Litecoin. It has proved to be critical for the sustainability of cryptocurrencies. The primary focus is on the halving of Litecoin which is due to occur in 2023.

Litecoin (LTC) was launched on October 2011 with a total market supply of 84 Million LTC. The coin has a halving schedule of 840,000 blocks or approximately four years which cuts the rewards miners receive by 50%. Halving is a supply control mechanism that helps reduce the supply of new LTC coins whilst essentially boosting the value of LTC that can be mined. The blocks are mined every 2.5 minutes.

According to Litecoin’s halving website, the next halving event is projected to take place around 3rd August 2023, reducing the block reward from 12.5 LTC to 6.25 LTC. The last halving of this proof-of-work currency is estimated to happen around the year 2142. The year will see Litecoin reach its maximum supply. Currently, the coin has a circulating market supply of slightly over 72 Million and average daily mining rewards estimated at 7,200 LTC.

Analysis of past halving events of Litecoin and its Impact

The historical price tendency of Litecoin before and after halving shows a pattern where LTC experiences a volatility period before striking a bottom, then a price rally period that pumps the price to a local top just before the halving event. A price correction is usually experienced after halving takes place before a post-halving curve where the value of Litecoin increases exponentially.

Several analysts predict a similar price trajectory as seen in the previous two halving events. In the weeks before the first halving event which dates back to August 2011, Litecoin established a local top of around $10 and in the August 2019 halving, LTC price hit near $340 in June. Data shows that Litecoin hit bottom almost six to seven months before the price surges nearing the halving events.

Description: Buy Litecoin while prices are low and get in before the bull swing.

Analysts predict a more or less similar pre-halving bottom structure to 2015 and 2019, where the lows were higher post-halving than pre-halving lows. There has been a steady rally in Litecoin’s price since the beginning of the year. Litecoin has achieved over 130% rebound since bottoming in June 2022 and is speculated to rally on up to more than 200%, which will see the coin’s price surpass the $100 mark.

Market watchers expect the price of LTC to hit highs of up to $180 by July before August’s halving event. With 86.08% of Litecoin already in supply, the coin may undergo a more successful post-halving rally than before.

The future of Litecoin as it approaches halving

Generally, 2023 is expected to be a bullish year for the cryptocurrency sector. Litecoin was modified to be a deflationary currency that has the potential to leverage against inflation. If the 2023 halving event takes a similar pattern as the two previous halving events, Litecoin may experience a breakout phase in the months leading to 2024, thus coinciding with Bitcoin’s halving that is scheduled to take place in the first quarter of 2024. Litecoin has a limited market supply, and halving its emission will create more scarcity of the coin.

The scarcity of LTC, alongside its popularity as the most preferred crypto for payment purposes, may generate a price increase if the coins demand remains constant or increases. Litecoin currently accounts for more than 25% of BitPay’s transactions. LTC has also recently surpassed Shiba Inu (SHIB) in total market capitalization and ranks highly in several price-tracking websites, including Crypto Lists.

There are slightly over 200 days for the next Litecoin halving that will have LTC’s block reward reduced from 12.5 to 6.5. The event is predicted to be on 3rd August 2023 after over 116,000 blocks are mined. The next after this halving event is after another 840,00 blocks are mined which will see its block reward reduce even further. The 2023 LTC halving is highly anticipated by many in the crypto industry and its possible impact on the industry.

Description: Sign up to one of the original and most easy-to-use crypto platforms!

GALA and Aptos (APT) lead the way for altcoins this week
Friday, 13 Jan 2023 2:44 pm
Yep, we've all seen how well Bitcoin (BTC) has performed in this past week, but what about our beloved altcoins? From the top 5, GALA and Aptos (APT) are ahead of a pack that includes Ziliqa (ZIL), Optimism (OP) and Lido Dao (LDO) when it comes to market gainers. Gala is way ahead of the rest with a whopping increase of almost 127% compared to APT in second place with 67%. Wanna get going with Gala? Sign up for eToro now!
GALA APT Toplist: ALTCOINS

Litecoin to halve on August 3rd? Time to stack or not?
Thursday, 12 Jan 2023 8:15 am
The Litecoin (LTC) halving event is set to occur by the start of August this year, in a move that historically signalled a bullish period for the coin. In a similar fashion to the Bitcoin halving event and what it does for BTC and the market in general. In 2015, Litcoin went up over 800% before the event, and in 2019 it increased around 550%. The 'Litecoin Halving' site is adamant that the date for the halving is August 3rd, however nothing is definite. However, it's very probable that it will be somewhere close to that. Get more Litecoin into your bags before the halving by signing up for OKX now!
LTC LITECOIN

Toncoin leads the altcoins with 30% weekly price rise
Friday, 16 Dec 2022 1:32 pm
People had high hopes when Telegram announced a blockchain and accompanying token. Seems they might have been right, although the project was taken over by another organization. Today it's leading the top rising altcoins with an increase of 30% since this time last week...
Read the full newsflash
Toplist: ALTCOINS TON