Is it Possible To Make the Green Case for Bitcoin? It Seems So 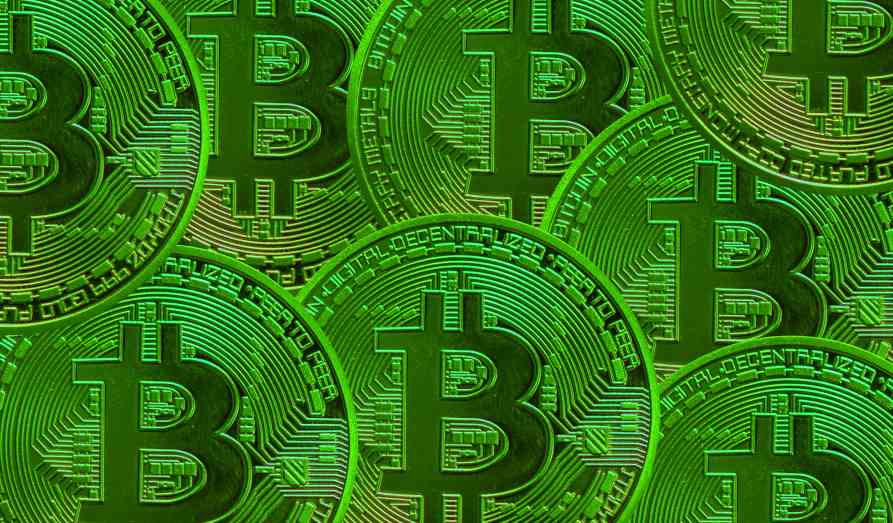 The green case for Bitcoin… now there’s a contentious issue. With environmental concerns about the famous coin’s proof-of-work consensus mechanism causing a furore as of late, it seems a like an odd argument to make. At Crypto Lists, we’re always open to exploring all sides of a debate. But let us first jump back a little…

There have been great innovations in human history. Often these innovations have a lasting positive impact on the human race that its inventors never predicted. Bitcoin’s whitepaper by Satoshi Nakamoto in 2008 vouched for a decentralised and trustworthy alternative currency. It changed the world and ushered in what’s now known as crypto. But it hasn’t all been plain sailing on the green front.

Nakamoto’s primary ideas are successful as Bitcoin provides a genuine digital alternative to fiat currencies. The pioneer crypto has also potentially pivoted into somewhat of a digital gold. And, some say it offers way more than its simple store of value. Its mining mechanism could even solve energy-related concerns of the planet, some argue.

Environmental activists often spark concern over the energy demand of Bitcoin’s network and its possible contribution to climate change. Despite these claims of conventional wisdom, Bitcoin (BTC) – or the technology that underpins it – may be an environmental solution to major pollution. In a nutshell, striving for a healthier relationship with energy and the environment. To comprehend this argument, one must further their knowledge of Bitcoin mining.

Bitcoin mining involves solving significant cryptographic functions to register transactions on a distributed ledger. Miners then receive payment via network fees and issuance of Bitcoin. Indeed, mining and hashing use a vast amount of electricity. Of that there is zero doubt. But it’s not as one sided as many presume.

Description: Buy Bitcoin – the world’s first and most popular cryptocurrency!

A Conundrum of Comparisons

As per the Cambridge Bitcoin Electricity Consumption Index, Bitcoin uses 116TWh of electricity annually. This is higher than TVs in the US at 60Twh and gold mining at 131 Twh. The token’s consumption is still considerably less than the global cement industry at 384 TWh, data centres at 200 TWh, and transmission lost in America at 206 TWh. It also does not come close to the consumption of global chemicals or iron and steel industries at 349 and 1243 TWh, respectively. Perhaps most notably, air conditioning systems globally stand at 2199 TWh. Bitcoin also emits fewer carbon emissions per kilowatt hour than the military, healthcare, heavy industry, construction, or finance.

The reason behind Bitcoin’s fewer statistics is down to its energy mix. Its mix is cleaner than the overall grid average with expected improvements seeing it on course to achieve its own net zero by 2031.

A Cleaner Way With Solar and Hydro

The Bitcoin Mining Council reveals that sustainable sources of energy power 56% of the Bitcoin network. These include solar, wind, hydro, nuclear, geothermal, and other renewable sources. This is something not often mentioned in the mainstream, that in fact, not all of the electicity used to mine Bitcoin is from ‘standard electricity’, for lack of a better term. That is, electricity provided by traditional power stations burning traditional fuel sources.

A Matter of Mining

Bitcoin miners only require a power source and an internet connection as they can work from anywhere in the world. If the economics allow, they can also voluntarily temporarily shut down their machines. It does not require constant activity to remain profitable. This is unlike other activities such as a restaurant and supply chain. Of course, a lot of Bitcoin mining is now done by companies with an enormous amount of machines and this is a different story.  The mining ability of Bitcoin in subsidising renewable energy sources that would otherwise be unprofitable is practical. Argo Blockchain PLC and DMG Blockchain Solutions initiated the first green Bitcoin mining pool in 2021. Others are in progress to launch a similar initiative.

Bitcoin mining utilizes energy that would not be produced initially or go to waste. For instance, Iceland is on top of a volcano hence there is easy access to free hot water and affordable clean electricity. Bitcoin miners are able to utilize geothermal and hydroelectric power to mine BTC. It is no surprise that 8% of all minted Bitcoins were sourced from Iceland.

Some sources of energy would otherwise cause air pollution such as waste methane. Methane is thirty times more adverse than carbon dioxide over 100 years. One of the technologies to scalably reduce methane emissions is Bitcoin mining. Daniel Batten, a climate tech investor, foresees Bitcoin being carbon-negative by 2025. It also has the potential to reduce methane emissions by 23% while eliminating 0.15 °C of climate change by 2045. These methane emissions would otherwise release into the atmosphere therefore Bitcoin mining assists in solving a possible climate disaster.

In addition, there’s the case of Texas’ stray natural gas – unwanted by oil companies – that’s considered too far from the pipeline network to be economically attractive. When it’s flared, the unutilized methane is used to mine Bitcoin in an environmentally friendly manner. Fascinating stuff indeed.

The Green Case for Bitcoin: Convincing the masses

Despite the valid argument on Bitcoin’s role in going green, several are still concerned over its ever-increasing consumption. NBC’s recent report indicates that there would be 48.4 million tonnes of carbon dioxide this year. Several politicians have termed this as a net negative. The Cambridge Bitcoin Electricity Consumption Index portrayed Bitcoin’s energy usage as lower than in 2021. It casts doubt over Bitcoin’s revolution for humans’ relationship with energy. Despite this slump, the network is still among the greenest sectors in the global economy. It is also evident that short-term fluctuations in the renewable energy mix are bound to occur over time. Bitcoin can potenially subsidize green energy initatives, curb energy waste, and continue its journey into digital gold.

Description: Huobi is one of the largest sites with a huge range of trading options. Sign up today!