Issues the Crypto Verse Must Watch Out – Tornado Cash Sanctions 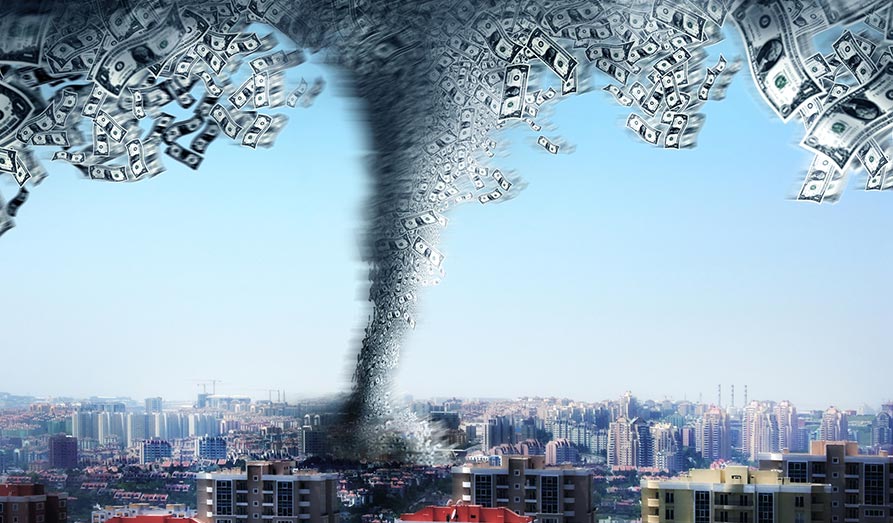 What a week it has been for the crypto-verse. The sanctioning of Tornado Cash has helped raise all kinds of questions. For most investors and crypto enthusiasts, three questions remain largely unanswered:

I. Do the Tornado Cash sanctions mean that other privacy-focused projects may face a similar fate in the coming days?
II. Is there a way that Tornado Cash could have avoided these sanctions?
III. Where does North Korea come in, in all this mess?

Why Does this Sanction Matter?
If there’s one thing that has stood out from folks and lawyers in the regulatory sector, it’s that no one should mess with the Office of Foreign Asset Control (OFAC). This is a department on its own within Treasury.
Many believe that while crypto investors can challenge and even win a fight against the Securities and Exchange Commission, the same can’t be said for OFAC. The guys in this department always go hard.

The Crypto Lists Breakdown
In March, Roman Semenov, the Tornado Cash developer, held an interview with Bloomberg where he stated that it would be almost impossible to sanction decentralized protocols. He used his privacy mixer as an example of such smart contracts.

But all this came to a halt earlier this week when OFAC instituted sanctions against it. What has baffled many is how fast the fallout has happened. Circle, for example, acted quickly to freeze around $70,000 worth of USDC on Tornado Cash. dYdX, the crypto exchange platform, immediately blocked all accounts that may have interacted or transacted with Tornado. GitHub followed suit by suspending not only the official Tornado account but also that of Semenov.

Now, everyone is left wondering what exactly it means to interact with a sanctioned address!
When all is said and done, what has perhaps remained the most interesting outcome is when an unknown user decided to send small ETH amounts to several celebs using Tornado. It could be that the sender was trying to demonstrate that protocol sanctions aren’t always effective.

The North Korea Angle
Top among these issues is the North Korea angle. When announcing the sanctions against Tornado Cash, the Treasury Department noted that the platform had been used to launder more than $455 million.
It’s the same amount that had been stolen by the Lazarus Group, a hacking group that the Democratic Republic of Korea sponsors. The U.S sanctioned this group in late 2019, and this haul is the largest known crypto heist to date.
Within the same week, but on a separate date, Anne Neuberger, the Deputy National Security Adviser, told a public gathering that she was concerned with North Korea’s cyber abilities. And this comes on the heels of a UN report that shows North Korea has used over $50 million in stolen virtual currency to help it fund its nuclear weapons program.
Simply put, the Treasury is saying that North Korea has done much more than steal crypto – it has been stealing crypto to assist it in funding its weapons program. It also shows that Tornado Cash has somehow helped it transmit these coins in a manner that has escaped public scrutiny.

The Technology Angle
Secondly, there’s the technology angle. At this point, you must remember that Tornado Cash operates as an open-source protocol created on a decentralized framework. Unlike Blender.io, which OFAC also sanctioned, Tornado Cash doesn’t have a business it needs to shut down.
All it has is a governance token. Its holders are tasked with taking a vote to accept or reject any forks it may propose. If the holders aren’t U.S persons, they won’t be beholden to U.S sanctions and may continue to operate as they please.
The open-source nature of Tornado Cash has made things weird, as an unknown user has continued to send small ETH amounts using Tornado even after it has been sanctioned. Notable celebs who have received these amounts include Dave Chappelle and Jimmy Fallon.

Description: Ready for trading with an established platform with over 15 years experience? Give AvaTrade a try today.

The Privacy Angle
Lastly, there’s the privacy angle. Many Tornado users used it for innocent reasons. Statistics from the Treasury Department indicate that the mixer has transacted over $7 billion in crypto in the last three years.
Though some crypto experts estimate that around 20% of this amount was illegal, it means that the remaining $5 billion was transacted by people who wanted to preserve their privacy. As this continues to unfold, many in the crypto verse have seen this as an attack on privacy.

Examples of those who have come out openly to oppose these sanctions include Fight for the Future and Coin Center (a crypto think tank) and Vitalik Buterin, the Ethereum co-founder. Going forward, Tornado will largely be responsible for determining what happens next.
If the transaction volume increases, Treasury may impose further sanctions.

Binance launch new subsidiary firm in Ireland
Tuesday, 1 Nov 2022 9:00 am
The world famous Binance trading platform has announced that they've established another addition to their Irish portfolio: Binance Global Sourcing. Despite choosing Paris as its European HQ, the crypto exchange has added to the other six companies registered in Ireland - a fast-growing technology center in the EU. If you want to trade crypto on an Irish platform, then be sure to sign up for Avatrade here...
Read the full newsflash
Review: AVATRADE Review: BINANCE