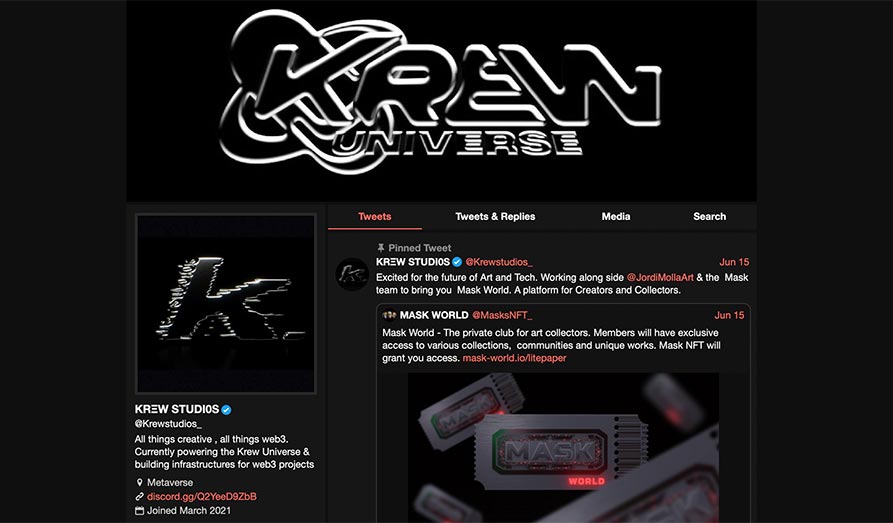 The new DeFi accelerator, Krew, has announced it will support projects on klaytn blockchain. The klaytn ecosystem already houses the DeFi accelerator that intends to advise on tokenomics, liquidity, and market backing. Krew has secured $4 million in a pre-seed round that will develop, incubate and support DeFi projects. Quantstamp and Ascentive Assets lead the $4 million pre-seed round. It will conduct DeFi projects in the EV-compatible blockchain. Crypto Lists learnt of these developments via a recent press release. klaytn already boasts of over two million active accounts and its recent developments position it to grow into a global blockchain adoption leader. The klaytn Lending Application, referred to as KLAP, becomes the first project to be taken up by the Krew accelerator. The lending application was only released last week and it has garnered tens of thousands of followers. These significant following facilitate the klaytn native lend and borrow protocol.

The Krew DeFi accelerator launch consists of experienced and reputable analysts and founders. They all have a background in various venturing firms. These include Adam Cader, who gained significant experience in the role of Research and Investments at ParaFi Capital. It enabled him to pursue investments in Web3 and Decentralised Finance. It also includes Hugo Campanella. He is a polyglot UX/UI designer and product veteran with brands such as UBS, AXA, and Rocket Internet. There is also Mark Shim and Seth Jeong from ROK Capital and DeSpread. They support KLAP in bridging klaytn DeFi to the global audience. Other members of the Krew DeFi accelerator are employees from traditional financial institutions such as JP Morgan, Citadel, and Fidelity.

Projects that Krew is targeting

The Krew DeFi accelerator evaluates essential aspects of projects for a successful launch. It has set out to support various projects building on klaytn. The ideal and crucial aspects that the Krew team looks into involving around liquidity, advice on tokenomics, market backing, go-to-market strategies, and other aspects depending on the case scenario of each project. Currently, the DeFi accelerator has a stronghold in Asia, especially in Korea. Krew targets to gain adoption beyond its stronghold areas in Asia and engage with various projects on a global scale. klaytn receives remarkable support from Kakao Corp. It is most famously known for the KakaoTalk, a popular messenger platform in Korea.

Description: Binance recently signed a partnership with Ronaldo. When are you trying Binance? Sign up here!

The $4 million pre-seed round raise
Krew’s ambition is to develop further the klaytn DeFi ecosystem. In its ambition, it has raised $4 million in a pre-seed round. Quantstamp and Ascentive Assets led the round. Quantstamp is the leader in Web3 security, having secured over $200 billion in digital assets with leading Web3 projects such as OpenSea. It has partnered with over 250 startups, foundations, and enterprises to keep their innovations safe. The new Krew DeFi accelerator adds to the list. Ascentive Assets is a private investment firm that specialises in digital assets. It is why the Krew accelerator is an attractive investment. Other leading investors, including ROK Capital, Novis, Krust, and Manifold, participated in the round.

KLAP Initiative Project
Krew’s initiative revolves around KLAP as a non-custodial lending market protocol. It is similar to Aave. Users can redeem and supply assets on the klaytn blockchain. It lures early adopters by rewarding them with KLAP and KLAY token rewards. The launch of KLAP benefits from extensive tokenomics lessons. It will adjust all token emission, staking, and claiming parameters for the utility of optimal long-term value.

The CEO of Quanstamp, Richard Ma, praised KLAP’s position to leverage klaytn’s technical architecture. It facilitates a high transaction per second( TPS), fast finality, and affordable transactions. He mentions that Quanstamp is confident in KLAP’s captivating protocol design features and veteran builders. He believes it shall effectively and efficiently serve the developing Katlyn DeFi ecosystem and scale it for retail adoption.

KLAP’s long-term benefits and mission relates to its users with it gaining over 30, 000 social media following on the project’s social channels across Twitter and Discord. The project had gathered over 100,000 pre-registered entries 48 hours before the start of the campaign. The two million active accounts in klaytn will propel it into a global leader in blockchain adoption.

The klaytn foundation is a non-profit organisation for accelerating global adoption and ecosystem maturity on klaytn. Its specialty is in increasing the support of the metaverse. Krew further propels klaytn globally and attracts the mainstream DeFi audience to the network.

Adam Cader, the Head of Strategy at Krew, resonates that the upcoming months will witness a reshuffle between major L1s and their users. He perceives Katlyn as a dark horse in the race for its dense integration with Kakao and significant presence in the Korean market. He reveals that the combination of these factors provides the ideal time to bootstrap the klaytn DeFi ecosystem.