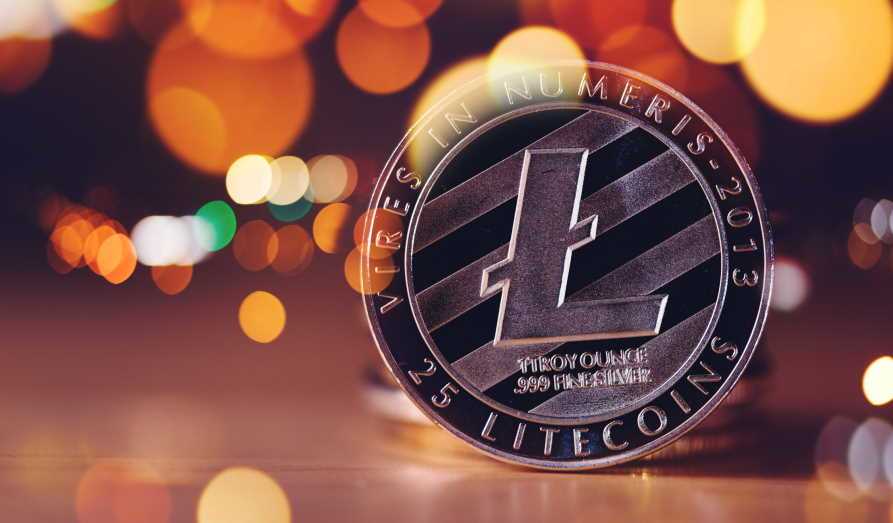 Litecoin (LTC) has advanced more than 40% since the beginning of November, rising from $54.50 to a high of $83.66. The amount of LTC traded over the last several days saw an increase which meant that buying strength was recovering in the market. But where is the price of Litecoin (LTC) going next, and what can we expect from December 2022?

The current price of Litecoin (LTC) stands at $78.03, which is still more than 45% off from its 2022 highs that were registered in January. Today, Crypto Lists will discuss LTC price estimates from a technical and fundamental analysis perspective.

Please note that there are also many other factors to consider when entering a position, such as your time horizon, willingness to risk and how much margin you have if trading with leverage.

Litecoin could outperform other altcoins in the near future

The last two weeks have been extremely taff for the cryptocurrency market. Cryptocurrencies have been suffering from heavy selling due to negative events around the cryptocurrency exchange FTX. According to a recent report by Coinbase Global, the collapse of FTX could extend the crypto bear market by several more months, and there are fears of a domino effect that could drag other exchanges into the mud.

Despite this, the price of Litecoin (LTC) has advanced more than 40% since the beginning of November, and according to some analysts, LTC still has room for the upside. Capital.com reported:

One of the reasons for the possible uptick in Litecoin’s price could be its upcoming halving in August 2023, when mining rewards are slated to reduce from 12.5 LTC per block to 6.25 LTC per block. Although the event is still, at the time of writing, nine months away, the rally may have started because cryptocurrency traders tend to be forward-looking and price in the event well in advance.

Litecoin is the 15th largest cryptocurrency by market capitalization at the time of writing, after moving up nearly 34% over the past seven days. Analysts expect Litecoin will likely outperform other altcoins in the near future, moving up higher when altcoin prices rise and seeing a lower downside when altcoin prices move down.

Description: Buy Litecoin today and be part of an exciting project!

Whale addresses with over 1,000 LTC increased rapidly from the middle of June, and it is also important to note that MoneyGram recently listed LTC as one of the cryptocurrencies its US and Columbian consumers can trade and hold on its platform. MoneyGram has a significant dominance in the global remittance service industry and Charlie Lee, the founder of Litecoin, also revealed his excitement because of this. Rumors on Twitter also indicate that regulation may favor proof-of-work coins, which would be bullish for Litecoin.

On the other side, a recent report from CoinMarketCap said that the cryptocurrency community is expecting to see Litecoin trade at $59 per token by the end of the year, down approximately 25% from its current price. Investors are concerned about the risk of recession, and if central banks continue to act too aggressively, this could potentially move the global economy toward a recession. In that situation, Litecoin and all other cryptocurrencies could fall from their current price levels because investors would look for safer places to invest their money.

The chart below shows that LRC has been moving in a strong downtrend since November 2021, and even with the current jump, LTC remains under pressure when we look at a “bigger” picture.

On this chart (the period from March 2022), I marked important support and resistance levels that can help traders to understand where the price could move. The risk of decline for Litecoin (LTC) is not over, but if the price advances above $90, the next target could be located around $100. The current support level is $70, and if the price breaks this level, it would be a “SELL” signal, and we have the open way to $65. If the price drops below $60, which represents very strong support, the next target could be located around $50 or even below.

What speaks for the rise in the Litecoin (LTC) price

The amount of LTC traded over the last several weeks saw an increase, and if the price advances above the resistance that stands at $90, the next target could be located at around $100. According to Capital.com, one of the reasons for the possible uptick in Litecoin’s price could be its upcoming halving in August 2023, when mining rewards are slated to reduce from 12.5 LTC per block to 6.25 LTC per block.

Investors are accumulating Litecoin despite the crypto bear market, and because of this, LTC still has room for the upside. Traders should also consider that the price of Litecoin is correlated with Bitcoin, and if the price of Bitcoin jumps again above $20000, we can see LTC at a higher price level than the current price.

What indicates the downfall for Litecoin (LTC)

Loopring (LRC) has advanced almost 30% this trading week (at the time of writing); still, traders should keep in mind that the price can easily return to levels below $60. The bankruptcy of the FTX crypto giant continues to worry investors, and as a result, cryptocurrency investors continue to offload their assets from the exchanges. The current support level for LTC stands at $70; if the price breaks this level, the next target could be $65 or even $60.

What analysts and experts say

Litecoin (LTC) made sharp gains this month, while most other major cryptos have been reeling under pressure caused by the FTX crisis. From a low of $47.60 on 9 November, LTC jumped to a high of $83.66 on 23 November, a 75% gain within a short time. The main question is, does it have more bullish strength left which depends on both technical and fundamental factors. According to technical analysis, everything indicates that the price could advance even more, but on the fundamental side, there are obviously macroeconomic factors driving the wider crypto market at the moment. This includes the overall bearish market trend together with the FTX fallout, and the underperformance of many cryptocurrencies is here to stay until the bulk of uncertainty has cleared up. Analysts expect Litecoin will likely outperform other altcoins in the near future, moving up higher when altcoin prices rise and seeing a lower downside when altcoin prices move down.

Description: Crypto.com is one of the largest sites with a huge range of trading options and even a debit card. Sign up today!

GALA and Aptos (APT) lead the way for altcoins this week
Friday, 13 Jan 2023 2:44 pm
Yep, we've all seen how well Bitcoin (BTC) has performed in this past week, but what about our beloved altcoins? From the top 5, GALA and Aptos (APT) are ahead of a pack that includes Ziliqa (ZIL), Optimism (OP) and Lido Dao (LDO) when it comes to market gainers. Gala is way ahead of the rest with a whopping increase of almost 127% compared to APT in second place with 67%. Wanna get going with Gala? Sign up for eToro now!
GALA APT Toplist: ALTCOINS

Litecoin to halve on August 3rd? Time to stack or not?
Thursday, 12 Jan 2023 8:15 am
The Litecoin (LTC) halving event is set to occur by the start of August this year, in a move that historically signalled a bullish period for the coin. In a similar fashion to the Bitcoin halving event and what it does for BTC and the market in general. In 2015, Litcoin went up over 800% before the event, and in 2019 it increased around 550%. The 'Litecoin Halving' site is adamant that the date for the halving is August 3rd, however nothing is definite. However, it's very probable that it will be somewhere close to that. Get more Litecoin into your bags before the halving by signing up for OKX now!
LTC LITECOIN

Toncoin leads the altcoins with 30% weekly price rise
Friday, 16 Dec 2022 1:32 pm
People had high hopes when Telegram announced a blockchain and accompanying token. Seems they might have been right, although the project was taken over by another organization. Today it's leading the top rising altcoins with an increase of 30% since this time last week...
Read the full newsflash
Toplist: ALTCOINS TON