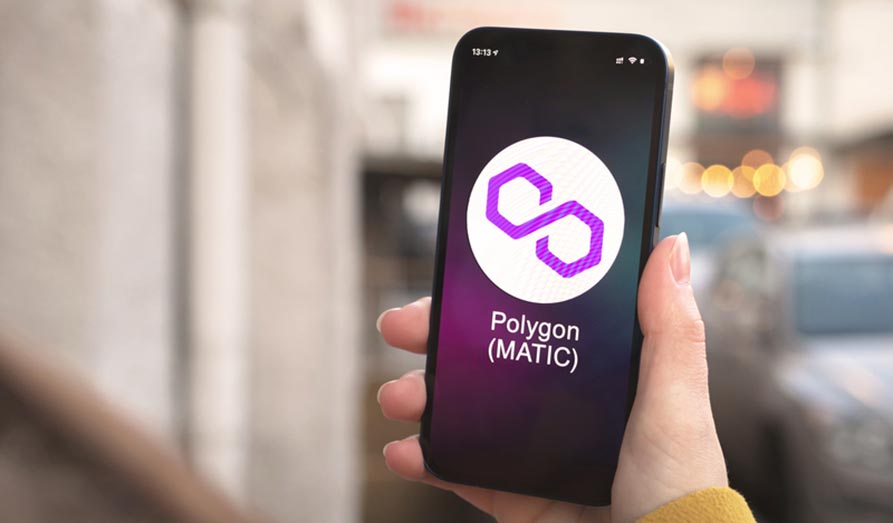 Today, Crypto Lists will discuss MATIC price estimates from a technical and fundamental analysis perspective. You will see the main support and resistance levels for Polygon and be able to discover price estimates in the short term, based on technical analysis. Please note that there are also many other factors to consider when entering a position, such as your time horizon, willingness to risk and how much margin you got if trading with leverage.

The rising risk of recession

The last several months have been extremely hard for the cryptocurrency market, and cryptocurrencies have been suffering from heavy selling due to hawkish signals from central banks and uncertainty because of the Ukraine crisis.

Federal Reserve Bank of St. Louis President James Bullard, a voting member of the Federal Reserve’s Federal Open Market Committee, said this Thursday that the U.S. government should take a more aggressive stance to fight inflation by raising interest rates by 75 basis points at its meeting this month.

While the rate increases are intended to tame inflation and thus help the economy, investors are worried that an aggressive interest rate could tip the economy into recession. Risk-on assets tend to suffer in such conditions, and we would probably see new lows for the stock and cryptocurrency market in the weeks ahead.

Polygon and the cryptocurrency market in general is correlated with the stock market, and if a downtrend is witnessed in the stock market, the same is often being replicated in the crypto-sphere as well. While the recession risks now dominate all macroeconomic markets, mainly across the U.S. and Europe, commodities will continue to be the “best macro hedge,” according to Goldman Sachs. In fact, Goldman Sachs said in a note to clients:

“The fundamental outlook for the commodities market remains strong, and we expect respective returns of about 34%, 30%, and 37% on commodities over a three, six, and twelve-month period on the S&P GSCI Commodity Index. Over a twelve-month period, industrial metals are expected to return 57%, followed by precious metals and energy, with respective returns of 48% and 41%.”

Polygon (MATIC) has been moving in a downtrend since late December 2021, and the price of this cryptocurrency crashed last month to levels not seen since April 2021. The price has stabilized now above $0.50 support, but a break below this level would indicate that MATIC could probably reach $0.40 in a short period of time.

On this chart (the period from January 2022), I marked the main support and resistance levels that can help traders to understand where the price could move. Polygon (MATIC) remains in the “bearish phase,” but if the price advances above $0.80, it could be a good sign of the trend reversal, and the next target could be located around $1. The current support level is $0.50, and if the price breaks this level, it would be a “SELL” signal, and we have the open way to $0.40. If the price drops below $0.30, which represents very strong support, the next target could be located around $0.20.

This week, social networking platform Reddit announced that it has partnered with Polygon to launch a range of blockchain-based NFT avatars that can be set as profile pictures on the social media site. Reddit reported:

“The new avatars will differ from existing Reddit avatars in that they will only be available for purchase through a new dedicated storefront and will give purchasers licensing rights to use them both on and off Reddit. Creators will get paid for every avatar sold and are also entitled to receive 50% of the royalties from secondary sales on open marketplaces.”

What do analysts and experts say about MATIC?

Analysts and experts have warned that a global recession could be on the horizon, and the price of Polygon (MATIC) will probably fall in the weeks ahead. The U.S. Federal Reserve took a more aggressive stance to fight inflation by raising interest rates, and risk-on assets such as cryptocurrencies tend to suffer in such conditions. While the rate increases are intended to tame inflation and thus help the economy, investors are worried that an aggressive interest rate could tip the economy into recession.

The third quarter of 2022 will likely be a tough period for MATIC, and according to Mike Novogratz, CEO of Galaxy Digital, cryptocurrencies could decline more than 50% from the current prices. American investor Jeffrey Gundlach said that he would not be surprised to see Bitcoin at $10,000, and if this happens, we would see Polygon (MATIC) below $0.20. Daniel Cheung, Co-founder of Pangea Fund, thinks that the worst months for cryptocurrencies could be July or August, while Chris Burniske, a partner at the crypto-focused venture capital firm Placeholder Ventures, said that a bottom in the crypto markets could be expected in the second half of 2022.