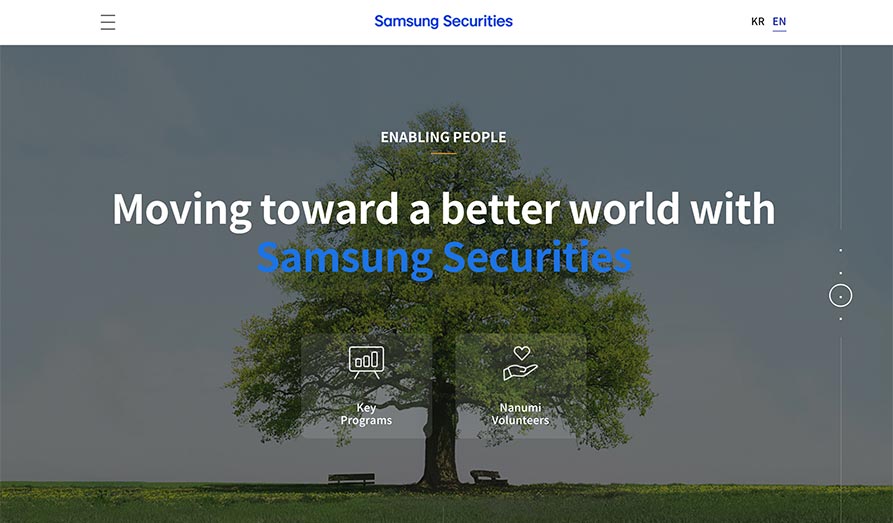 The group-led exchange is not only pursuing business models but also individual businesses for each securities company. Crypto Lists report that seven securities companies are pursuing preliminary approval and setting up corporations for running a crypto exchange in the Asian country. These companies began to obtain licenses from financial authorities in the second half of 2022 and target crypto exchanges operating within 6 months.

The onset of crypto winter has not discouraged major multinational corporations from expanding into blockchain technology and the cryptocurrency industry. Seven firms are seeking preliminary approval to operate crypto exchanges in South Korea. The seven traditional brokerage firms, including Samsung Securities and Mirae Asset Securities, serve as testimony.

Samsung Securities is under Samsung Futures Inc. Its team has been researching how to best launch into the cryptocurrency exchange market. The study into the blockchain-based security tokens market is, however, against the backdrop of failing to require the talent to build its crypto trading platform in 2021.

Mirae Asset Securities is the other firm listed on the report. It is the major investment bank by market cap in South Korea with over $648 billion worth of assets in its custody. The company has established a subsidiary under its affiliate company, Mirae Consulting, to run the crypto exchange. The firm is hiring technical staff to focus on the research and development of cryptocurrencies and non-fungible tokens (NFTs).

There has been a significant influx of institutional interest in the digital assets ecosystem in South Korea after Yoon Suk-Yeol won the local presidency seat. The current President gained significant popularity on his campaign trail after affirming that he would roll out crypto-friendly laws. He promised to ease regulations on Bitcoin and cryptocurrency markets. In the previous presidential regime of Moon Jae-In, South Korean authorities attempted to regulate the growing cryptocurrency industry by dictating a painstaking registration process for crypto exchanges. The current regime of Yoon Suk-Yeol is loosening its strings in a crypto-friendly environment though the collapse of some crypto projects provided some roadblocks where authorities became more stringent. However, prominent firms like the seven traditional brokerage firms are untethered by the project as they veer into the crypto-verse.

In his campaign trail, the current president of South Korea, Yoon Suk-Yeol, is quoted to insist on the need to ease the digital assets markets by shifting to a negative regulation system.

In support of these goals for the cryptocurrency industry in the country, the Financial Services Commission (FSC) of South Korea plans to revise the applicable laws and hasten the Digital Assets Framework Act. This move intends to have management of these digital assets in one regulated framework. It shall serve to distribute them into security-type tokens and non-security-type tokens. The commission guarantees that it will also evaluate if these domestic digital assets can be held as securities. This regulatory adaptation will promote a regulatory framework for companies engaging in crypto exchange services, such as Samsung Securities and Mirae Asset Securities. The North Korean Financial Investment Association has regularly requested this particular framework.

Most recently, the Ministry of Strategy and Finance of South Korea ( MOFGBKR ) reported that airdrops of crypto assets, rewards from staking, and hard-forked assets will be under the purview of a gift tax. They shall be taxed following the Inheritance and Gift Tax Act. It comes as a surprise as the South Korean government had previously stated it will push crypto gains tax to 2025.

The recipient of the crypto asset airdrop is subject to the gift tax with the tax assessment at a rate of 10% to 50%. The receiver has three months to file a return after receiving the gift. The tax will be individually considered.