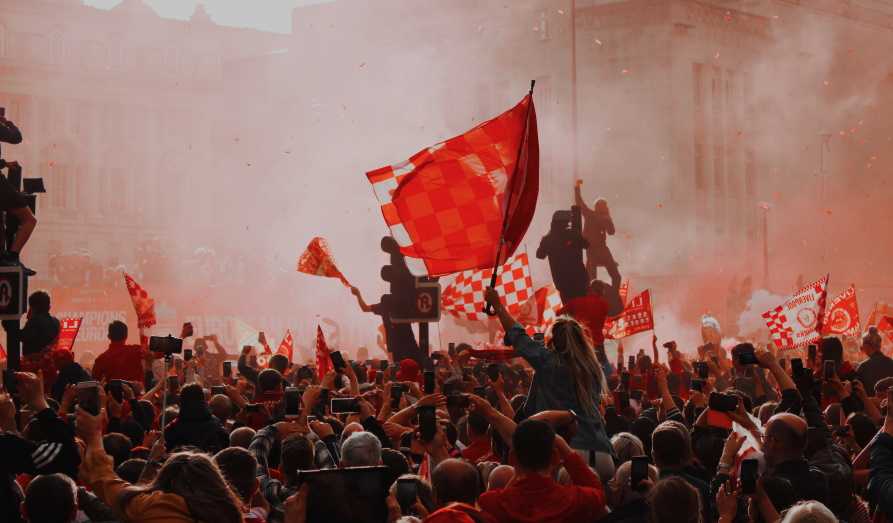 The Socios platform is releasing tokens for Leicester City and Harlequins rugby teams, as well as Italian soccer team Udinese AS. But, what is Socios and how do fan tokens work?

The company Socios is a blockchain-based app that allows fans holding tokens to vote on club decisions. This can be minor such as which song should be played after a goal, or larger decisions such as what to name a training ground. The platform is owned by Chiliz, who have the CHZ cryptocurrency that is used for buying Socios fan tokens and is also traded on major exchanges.

The concept of fan engagement

Socios gets its name from the Spanish saying for members of supporter clubs of of soccer/football teams. The concept has been around for over a century in the football world, specifically La Liga. The popular and most valuable football team globally, Real Madrid, has ownership provided by over 90,000 ‘Socios’. Modern soccer in Spain began shaping up in the early 20th Century. Several teams preferred this form ownership system, which continues to this day. It’s a great way to engage fans more and develop a fan base for upcoming teams. And, to help fans feel like part of the club.

Time for a Crypto Lists history lesson! Real Madrid’s ownership system began with elections of the Board of Directors before the club was officially founded in 1902. It supported bottom-up fan control where business decisions and ownership of the club, would be in the hands of its members. This system of sports clubs registering as member-owned non-profit organizations thrived until 1992. The Spanish government passed a law, Ley 10/1990 del Deporte, which then dictated that professional clubs must re-register as privately owned PLCs from the 1992/93 season.

Despite this, there was a loophole that helped the system continue. The law exempted clubs that could prove via an audit of operating profitably for the previous five years starting from the 1985/86 season. After much scrutiny by LFP (Liga de Fútbol Profesional), there was an exemption to only four clubs. These were Real Madrid, FC Barcelona, Athletic Club Bilbao, and Club Athletico Osasuna.

Real Madrid’s structure involves members paying €123 per year with membership of over 50 years. Two active members must vouch for nominees looking to be members. Membership privileges include voting rights and easier access to tickets. Members are subject to disciplinary action for failure to adhere to the rules.

Description: Buy Chilliz and get involved in the world of sports fan tokens!

The Chiliz Token Building On This Foundation

Chiliz (CHZ) has grown to be the leading digital currency for sports and entertainment by operating on the blockchain-based sports entertainment platform, Socios. The platform provides fan tokens as a digital pass to various teams. Chiliz attaches monetisation to sports clubs based on trading their tokenised voting rights. This mitigates the challenge of the ‘real life’ socios system where popular teams gained significant financial power over smaller or not-so-established clubs.

Fan tokens enable sports clubs and associations to connect with their fans and unlock new revenue streams. They are fully fungible digital assets offering voting rights via smart contracts. Teams determine the amount of influence that fans have. The tokens also offer fan-centric utilities for various teams and are specific to a team.

The $CHZ crypto is an ERC-20 utility token that is created on the Ethereum Network and also as BEP2 tokens running on the Binance Smart Chain network. They live on the Chiliz blockchain, which offers a limited supply of fan tokens available at the initial Fan Token Offering (FTO). Users access them on a first-come-first-serve basis.

These fan tokens never expire and are available for trade against the $CHZ on the Socios.com marketplace or any fan token exchange provider operating on the Chiliz blockchain. Users use $CHZ to acquire fan tokens on these platforms. They can also obtain fan tokens in the Augmented Reality enabled feature, Token Hunt.

Socios and Chiliz continue to expand into sports such as Rugby. They’re continuing in their quest to build a global ecosystem of fans from various teams and some of the biggest sports.

Description: Get involved with your favorite team with CHZ tokens from one of the world’s top exchanges!

Chiliz (CHZ) Blockchain 2.0 To Be Released in Q1, 2022
Saturday, 12 Feb 2022 12:18 am
Following the signing of tokens for Sevilla FC, CHZ is set to release the new version of Chiliz blockchain. The improved blockchain will be made together with Ankar (ANKR) and aims to target an even bigger audience. During the drop for Ethereum (ETH) today, most of the fan tokens from Chiliz are going up. Could fotball tokens be a way to hedge against a fall in major cryptocurrencies? We are yet to find out! Learn more about Chiliz (CHZ) here...
Read the full newsflash
CHZ