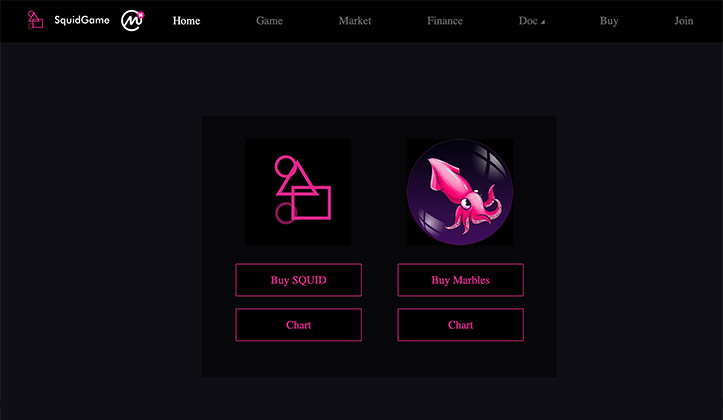 It’s no surprise that the digital token scam based on the renowned Netflix Series, Squid Game, is making the news. If you’re not aware of what took place, here is a summary of what happened:

A scammer or a group of hucksters designed a honeypot cryptocurrency referred to as Squid Game ($SQUID) to take advantage of the immense popularity that the show had gained since it was introduced on September 17, 2021. They used the attention-capturing name to lure anxious traders which led to a tremendous increase of their digital currency’s value by over 13000%.

When the value of the play-to-earn cryptocurrency reached a peak of about $2,861, the scammers cashed in the money which was estimated at around $3.38 million. As a result, the digital currency plummeted down to about a third of a cent per coin, leaving traders in the lurch.
The news that the $SQUID had tanked was announced by Gizmodo who warned its audience that there was a high probability that the token was a rug pull scam. A rug pull scam is a type of scam where investors and traders exchange the scam cryptocurrency for real currency and the owners of the token restrict selling and effectively drain the exchanged value.

The key to note is that $SQUID has no affiliation to the popular Netflix show, Squid Game, besides hijacking the show’s name without any agreement or permission to use it as bait for uninformed traders. This post will inform you what you need to know regarding how the hucksters pulled the rug on their crypto project. Keep reading to find more about the incident and the red flags that were evident in the platform.

What Exactly Happened with the $SQUID Crypto?

The $SQUID crypto was launched in October 2021 and quickly became the talk of the town. It was widely shared on Twitter and its website (squidgame.cash) and many unsuspecting traders were lured to the trap and the crypto’s membership grew enormously.

Initially, the token was traded at one penny for every token. In the next few days, it gained interest from myriads of traders and media outlets alike. After just one week, its value had risen to $38 per coin on a crypto exchange platform known as Pancakeswap.Consequently, the Squid Game token went on a roller-coaster ride to reach a value of $628. In the span of about 10 minutes, the value of the token skyrocketed to $2861.65, based on a cryptocurrency data-tracking site known as CoinMarketCap. Shockingly, the value of $SQUID plunged to less than a cent per token (0.0007).

A blockchain analytics platform and search engine known as BscScan indicated that after the crypto crash, over 40,000 people still had the token. The majority of these people were convinced that Squid Game was a cryptocurrency that was owned by Netflix and thought they would make significant returns from the honeypot when it gained popularity.

The problem arose when people were immediately barred from selling their tokens. Presently, it’s possible to sell the coins even without purchasing Marbles, but they’re almost worthless. Neither the owners of the digital currency nor what caused the collapse of $SQUID is known.

The amount of cash that was invested and lost in the crypto craze is hard to quantify. However, BscScan traced two cryptocurrency addresses and found them to be connected to Squid Game’s rug pull project.

One of the addresses swapped about $3.38 million in $SQUID tokens into a popular cryptocurrency called BNB (Binance Coin). To complete the transactions, the two addresses used a coin mixer known as Tornado Cash. A coin mixer is a software provider that acts as the middleman for the involved parties to make it as difficult to trace transactions as possible.

The bogus crypto was packed with unusual features that should have alarmed traders and investors. First, the digital token’s developers request the ratio of buyers to sellers to be 2:1 before a sale could go through. In the white paper – a document used by developers to describe the technical underpinnings and features of their crypto – the developers referred to the limit in sales as an anti-dump strategy.

This is a clear red flag because the role of anti-dump mechanisms is to prevent crashes and not restrict traders from selling during trading.

Secondly, Squid Game developers required its users to acquire the tokens of their secondary cryptocurrency known as Marbles for them to sell their Squid Game coins. The Marble tokens could only be earned by taking part in an online play-to-earn gaming event that’s related to the TV show. To take part in the first game, users were expected to pay a high entry charge of 456 Squid Game tokens. More so, the subsequent levels required players to pay thousands of tokens to participate.

These features restricted myriads of holders from selling their tokens as the value dramatically reduced. The lock on the sale of Squid Game coins allowed the developers to drop the crypto project claiming hacking attempts, take the entire money, and tank the value of the crypto.

Notably, its website and social media channels were filled with numerous grammatical errors and spelling mistakes. This is a clear indication that they weren’t committed to the project and probably this was a scam. Currently, their website is now defunct and their social media pages are inactive.

How Can I Protect Myself from Crypto Scams?

The first sound step to protect yourself from being scammed is that you should work collaboratively with an approved financial expert every time you decide to make a crypto investment. You should also invest the resources that you can afford to lose should the investment fail.
Avoid making any crypto investments where you’re required to fund your account with money directly from your accounts instead of doing so through an accredited platform that’s verified.
If you’re still new to the crypto industry, you should consider trading reliable digital currencies like Bitcoin, Ethereum, Dogecoin, Litecoin, and similar cryptos. However, you should bear in mind that even investing in genuine cryptos still could be highly volatile.
Lastly, you should treat any digital token that’s based on reference to pop culture such as memes, movies, and TV shows with a keen eye. There’s a high probability that the coin could be a fraudulent activity that’s taking advantage of the buzz instead of a solemn attempt at introducing a genuine cryptocurrency like it’s the case with the SQUID fraudulent scheme.

The craze that’s being experienced in the crypto industry has its advantages and disadvantages. Having a decentralized mode of banking is great for many people, but due to the freedom of decentralization, fraudsters are bound to appear. And Squid Game is a clear example of that. The creators of the digital token made away with over $3 million and the police are still trying to trace them.

The crash of the bogus crypto has revealed the regulatory gaps that cryptocurrencies are having, even as private firms and government agencies are still trying to get a grasp of the volatile yet highly popular crypto industry. Developers of such cryptocurrencies seldom identify themselves and this often leads to susceptibility to fraudulent activities on crypto platforms.

Also, crypto platforms such as Pancakeswap and DODO enable buyers and sellers to directly connect without the need for a central authority. New digital tokens can also be listed on decentralized platforms immediately after they’re created without any due diligence or regulation. This means that you could be purchasing tokens from any person with any agenda.

Therefore, traders and investors need to research well and perform due diligence when investing in cryptocurrencies, especially the new and emerging coins. Also, follow the steps mentioned above to protect yourself from crypto scams, and you should be safe from hucksters.