The Ethereum Merge & the Future of the Blockchain 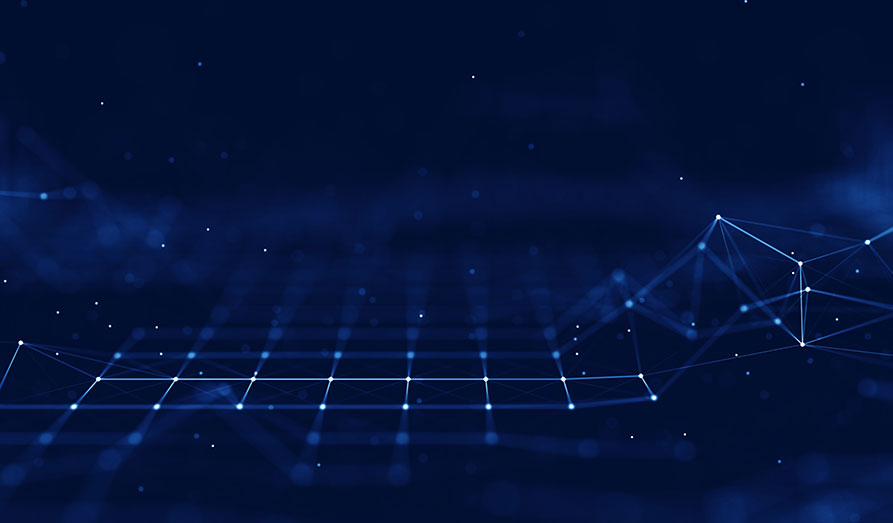 Ethereum hit the headlines the last two weeks as its co-founder Vitalik Buterin announced ‘the merge’ is poised to take place on or around September 19th. The Ethereum merge is a fundamental shift in the way the Ethereum blockchain works. Put simply, the goal is to make the blockchain way faster and more efficient. How will this affect you, the shrewd investor, and the future of cryptocurrency more generally? Let’s dive deeper.

How is Ethereum changing?

Without going too much into technical specifics, let’s take a look at the overview. It doesn’t matter whether they’re the household names such as Bitcoin and Ethereum or the new coins and tokens released every day. Many operate using either Proof of Work (PoW) or some type Proof of Stake (PoS). Ultimately they’re just two different consensus methods in blockchains to achieve the same goal: transaction validation.

With PoW — the method used by Bitcoin — enormous computing power solves complex math puzzles and the validator is required to possess a high level of technical know-how. You might have heard this process referred to as ‘mining’.

Under PoS — where the Ethereum merge is taking the blockchain — this validation, or network consensus, is achieved through staking. Technical expertise and powerful hardware aren’t required to be a validator. In fact, you could do it on the 2010 laptop you’ve got under your bed. Sounds good, right? Well, what you do need is some ‘buy in’. In other words, you need a large amount of the cryptocurrency in question. For the Ethereum merge it’s 32 ETH coins. We’ll come back to this a bit later.

Why is the Ethereum merge happening?

The engineers behind Ethereum are trying to solve a trilemma: maintaining a blockchain that is simultaneously scalable, decentralized, and secure. In their case, while it’s secure and decentralized it’s not particularly scalable. To put it into perspective, it can only handle around 20 transactions per second, whereas Solana blockchain can handle approximately 3,000. Quite simply, they want to hold on to their position as the undisputed king of smart contracts platforms.

There are 5 parallel phrases in the major Ethereum upgrade: The merge, the surge, the verge, the purge and the splurge. See the graphic details of the various stages blow, but remember that they are all happening in parallel and not in stages, as Vitalik says.

.@VitalikButerin claims that #Ethereum will be able to to process “100,000 transactions per second”, following the completion of 5 key phases:

A quick breakdown of what each stage means for $ETH. 👇 pic.twitter.com/FnaWww8mHZ

Additionally, touted ‘Ethereum killers’ Cardano and Solana are drastically more environmentally friendly, with their electricity used per transaction incredibly minimal when compared to the original smart contract platform. As governments seek to reduce their nations’ energy consumption and with sustainability at the forefront of policy, this is one area of crypto that the Ethereum merge seeks to rectify — shifting to PoS can reduce network energy usage by up to 99.95%.

Look ahead to accelerated innovation

After ‘the merge’, Ethereum plans another round of upgrades known as ‘the surge’, which promises to bring over 100,000 transactions-per-second (TPS) capability to the blockchain. It will also pave the way for ‘shard chains’ in 2023, which are expected to reverse data congestion, high transaction fees, and support the next generation of layer 2 systems — enabling Ethereum to become truly scalable.

Fascinating stuff, right? Indeed, to the tech experts working on these complex solutions this is their bread and butter. However, how will this shift affect the keen crypto investor? While all eyes are on the world’s second largest cryptocurrency and largest of all smart contract platforms at the moment, what does this mean for the evolution of the crypto space in general?

Following the Ethereum merge it will obviously be a lot greener, leaving Bitcoin as one of few major blockchain that still relies on proof-of-work. And, there are bound to be effects on Ethereum’s challengers on the smart contracts space. Will Ethereum race ahead of the pack and leave them obsolete? Is there room for all of them? These are some of the important questions that will be answered in the months and years ahead.

Alongside the inevitable rich rewards for early adopters and long-term holders, could more and more people start shifting their BTC allocation to ETH? Will Ether one day be the number one coin, replacing Bitcoin? Great questions, and only time will tell. Also, there are of course the knock-on effects to other cryptocurrencies such as Polygon’s MATIC token. This allows users to get access to decentralized apps built and run on Ethereum without the need to deal with slow speeds and high transaction fees.

QUICK FACT
Ethereum’s founder says that the project will only be about 55% complete post merge.
Source: Fortune.

Description: What is your knowledge about Ether? See the latest facts, prices and news about the native Ethereum coin here!

Should I buy Ethereum?

As of today, you can stake 32 ETH coins to become a validator. As of writing, that would cost around $60,000 and means you’re partially responsible for securing the network. But, the good news is — there are generous interest rates for stakers. Of course, not everyone has a spare $60k lying around and you can stake as little as you like. Put your existing crypto to work with our beginners guide to staking.
If you already have a pile of ETH coins and aren’t sure what’s going to happen to them, then don’t worry. The Ethereum Foundation has issued an assurance to holders that their funds and wallet will not be impacted by the upcoming changes.

Geopolitics is keeping some retail investors bearish, with a minority predicting no significant market upturn until the run up to the next bitcoin halving. However, with the Ethereum merge set to push cryptocurrency further into the mainstream many qualified observers have said we can expect to see a general upwards shift. At least in the immediate future. If you’re interested in learning which crypto coins to invest in during a bear market, check our insider’s view.
➢ The Ethereum merge is likely to happen on or just after September 19th.
➢ Blockchain will move from the Proof-of-work (PoW) mining method to the Proof-of-stake (PoS) method.
➢ Aim is to futureproof, and improve overall speed and efficiency.

The Ethereum merge will be an event that pushes crypto to the front of the financial pages — further legitimising it to both potential retail and institutional investors as a valuable asset. If you’re keen to make your first steps into this lucrative landscape, check out our recommended top three platforms for beginners.

Description: A simple & user friendly crypto platform by Scandinavian founders, where you can buy Bitcoin CFD & many other cryptocurrencies with 1 click. Try Skilling now!