What’s Driving the Increase in Cryptocurrency Trading and Adoption in Latin America? 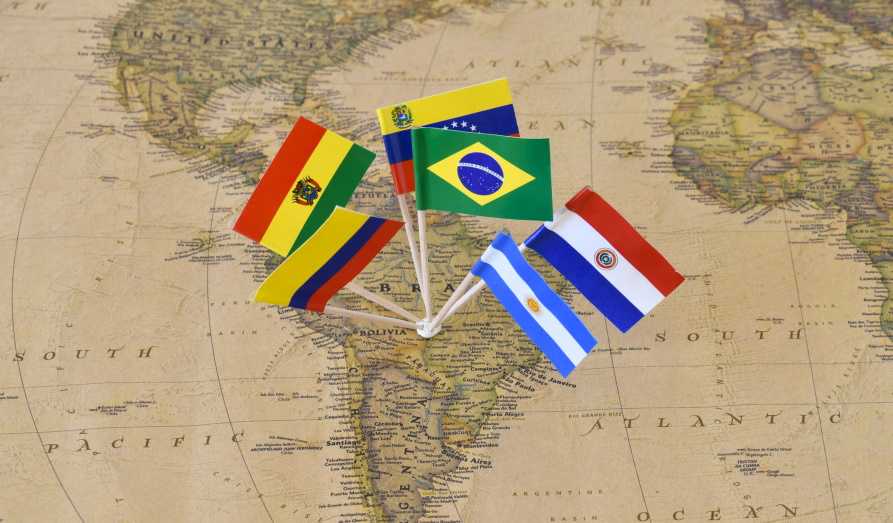 Alongside the MENA region, Latin America has also seen a large upswing in cryptocurrency adoption. But what’s behind it and where could it be headed in the future?

South American citizens received $562.0 billion in cryptocurrencies between July 2021 and June 2022. The region ranked as the seventh biggest cryptocurrency space in this year’s International Monetary Fund (IMF) index. This is a 40% increase from the total from the previous year. Five of the top 30 nations in this year’s crypto index are located in Latin America: Brazil (ranked seventh), Argentina (ranked thirteenth), Colombia (15th), Ecuador (18th), and Mexico (28th).

Factors that influenced trading and adoption of crypto in Latin America

Latin Americans are trying to safeguard themselves against inflationary pressures by using Bitcoin and stablecoins. As per data compiled by the IMF, the rise in the cost of goods and services in Brazil, Peru, Chile, Mexico, and Colombia in July of this year surpassed 12%, the top point in 25 years.

According to a recent study, three other factors have influenced the trading of crypto in Latin America in a big way: its use as a store of value, making remittances easier to send, and the pursuit of higher returns via portfolio diversification, Crypto Lists has learned.

Remittances are also widely used in the form of crypto in Latin America. The official remittance sector in Latin America is predicted to reach $150 billion this year, and the region has adopted cryptocurrency-based remittance services unevenly but quickly. From January to May 2022, El Salvador’s government-backed payment platform Chivo compiled $52 million in Bitcoin (BTC) transfers, and crypto services have also handled billions in transfers to Mexico.

The aggregate inflation rate of the five major South American economies — Brazil, Chile, Colombia, Mexico, and Peru — in April was above 8%, a 15-year high, according to the International Monetary Fund. They revised their forecast four months later to 12.1%, a 25-year high. The situation is far worse in nations like Venezuela and Argentina, however. These two nations had 114% and 79% inflation rates during the past year, which means that the worth of their fiat money has decreased by around half.

Bitcoin has not yet been created the previous time inflation in Latin America reached this high a level. Stablecoins, cryptocurrencies that are intended to stay fixed to the price of fiat money such as the USD, are popular in the region’s most severely affected by inflation; even if Bitcoin hasn’t yet shown to be the hedge against inflation many anticipated it would be. In fact, according to recent Mastercard research, almost a third of Latin American customers are now using stablecoins to pay for regular transactions.

Description: MEXC Global is available for trading in many LATAM nations, so sign up for a free account today!

Finally, we discover that Bitcoin users are more inclined to use it for profit than merely for savings in the biggest and most developed South American countries. The ‘Latin America 5’ occupy the top six positions regarding DeFi’s percentage of all crypto activity. This indicates that many cryptocurrency users are using trustless protocols in these nations to lend, trade, stake, and borrow tokens of all types, which is a risky but potentially lucrative form of speculation.

The more DeFi-focused crypto marketplaces in Latin America are comparable to those in Western Europe or North America. Market players are more likely to embrace cutting-edge, returns-focused crypto networks than savings-focused centralized services. Brazil is a forerunner in the implementation of DeFi.

Currently, the primary use case for cryptocurrency in Brazil is as a speculative asset, according to Thomaz Fortes, the crypto head at Nubank, among the biggest digital financial platforms on the globe that recently opened a crypto trading platform. He also added that customers desire a solution to increase their income. In a partnership deal with Polygon, Nubank will introduce its own crypto token, called Nucoin.