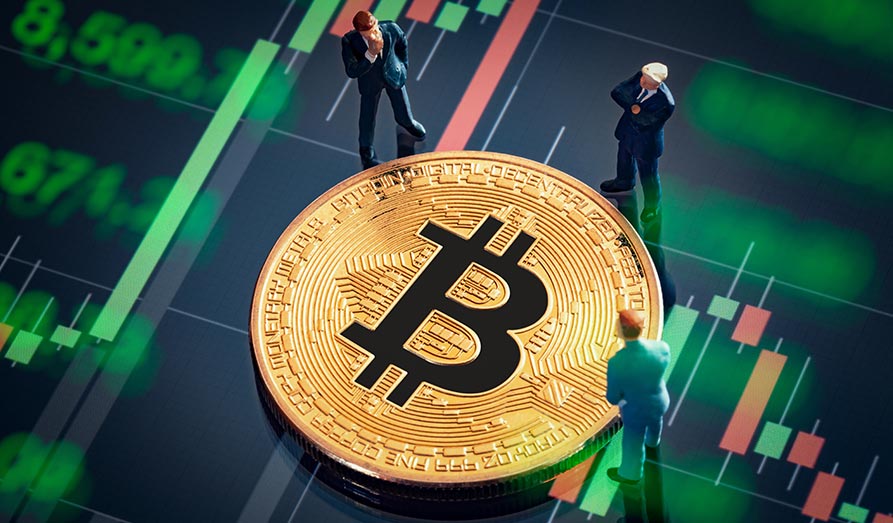 Bitcoin and other major cryptocurrencies have continued to slide this trading week, and traders are looking for an attractive floor level to enter. Do you hope to see a rise or a fall in price for Bitcoin this week?

Today, Crypto Lists will discuss Bitcoin price estimates from a technical and fundamental analysis perspective. Please note that there are also many other factors to consider when entering a position, such as your time horizon, willingness to risk and how much margin you got if trading with leverage.

A rough month for crypto

June has been a rough month for the cryptocurrency market, and all major cryptocurrencies have been suffering from heavy selling due to hawkish signals from central banks and uncertainty because of the Ukraine crisis.

Investors are concerned about the risk of recession, and if central banks continue to act too aggressively, this could potentially move the global economy toward a recession. In that situation, Bitcoin and all other cryptocurrencies could decline even more because investors look for safer places to invest their money.

What do Bitcoin analysts and experts say?

According to Mike Novogratz, CEO of Galaxy Digital, cryptocurrencies could decline another 70% in the third quarter, while Chris Burniske, a partner at the crypto-focused venture capital firm Placeholder Ventures, said that a bottom in the crypto markets could be expected in the back half of 2022.

The consensus appears that the price of Bitcoin will drop much lower before reaching the bottom of the ongoing bear market, and American investor Jeffrey Gundlach recently said that he would not be surprised to see Bitcoin at the $10,000 level in the weeks ahead.

Deutsche Bank survey that was published last week said that the crypto crash could continue in the next several weeks; still, Deutsche Bank expects that the price of Bitcoin could rebound to almost $30,000 by the end of the year.

Description: Trade Bitcoin with CFD’s on the Scandinavian founded plattform. Skilling got the lowest spread, while being extremely user friendly. Try a free demo account today!

Bitcoin continued to slide this week, and its price weakened again under the closely-watched $20,000 level. The risk of further declines is not over yet, and according to technical analysis rules, a break below $17000 would indicate that Bitcoin could probably test the $15000 support. Edward Moya, a senior market analyst at brokerage firm OANDA, said this Friday that the crypto market could experience one more drastic sell-off before it’s on the road to recovery. Edward Moya added:

“If the bloodbath on Wall Street remains the theme in the third quarter, bitcoin could be vulnerable to one more ugly plunge that could have many traders fearing a fall toward the $10,000 area.”

Note: Click on the Bitcoin graph above to see the main support and resistance levels clearer.

Bitcoin remains in a “bearish phase”; still, if the price advances above the resistance at $25000, the next resistance could be located around $30000. The current support level is $17000, and if the price breaks this level, it would be a “SELL” signal, and we have the open way to $15000. If the price drops below $15000, which represents very strong support, the next target could be located around $12000 or even $10000. Currently, it looks more more likely that Bitcoin will fall in price the coming month than go up in price.

Bitcoin and other major cryptocurrencies have continued to slide this trading week, and many analysts are predicting that the third quarter of 2022 will likely be a tough period for the Bitcoin and cryptocurrency market. The consensus appears that the price of Bitcoin will drop much lower before reaching the bottom of the ongoing bear market, and American investor Jeffrey Gundlach recently said that he would not be surprised to see Bitcoin at the $10,000 level in the weeks ahead.

Skilling add Paypal as a Deposit Method
Sunday, 12 Jun 2022 7:47 am
Everything is red today, following the downturn on the stock market and increased need for interest rate increases. Skilling (review) has added PayPal as one of its payment methods. This is a widely-available payment method, and its addition to the trading platform is likely to increase transaction activity. With PayPal, traders on the platform will be able to make instant deposits. However, withdrawals will take up to 24 hours to process. Skilling allows its customers to make minimum deposits...
Read the full newsflash
Review: SKILLING PAYPAL