Can Bitcoin Ever Fulfil its Original Peer-to-Peer Payment Promise? 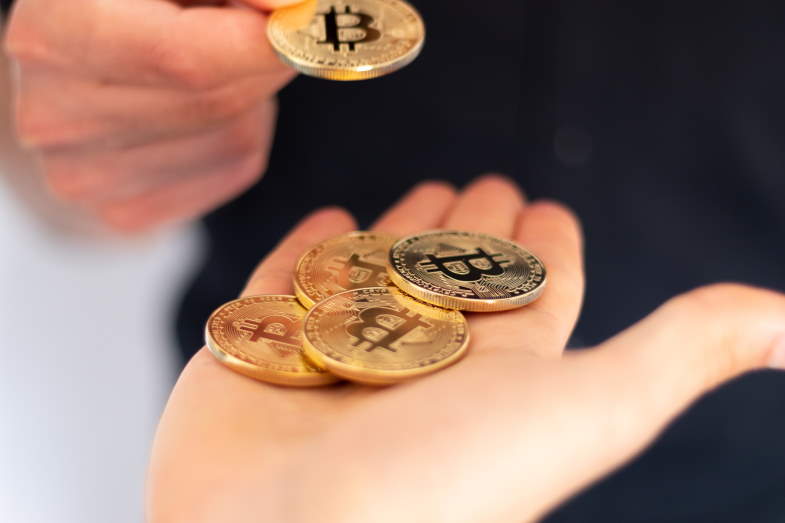 Bitcoin has been the face of the cryptocurrency industry ever since it launched as the first one. The pioneering coin has grown to be more of a store of value than what it was intended to be, which is a transactional token. But can it fulfil its original goal?

Noah from Crypto Lists takes a look at what the future holds for Bitcoin in the quest to become a fiat currency for real-world usage for the entire global population, as discussed in its famous whitepaper.

The HODL community of Bitcoiners

Some sections of the HODL community crypto maximalists believe that crypto will eventually replace fiat currencies as the primary foundation of all economic structures. This was outlined somewhat in the original Bitcoin whitepaper, and is still the goal for many who see crypto as a libertarian dream.

Many perceive Bitcoin (BTC) as digital gold whose value would consistently appreciate. They have developed the Hold On for Dear Life (HODL) strategy where they buy and hold even in a bear market when markets crash and become extremely volatile. The name was coined from a Bitcointalk forum about viewing Bitcoin as a long-term investment approach.

The HODL strategy is cautious about trading scarce assets for goods and services. They do not want to repeat the now-famous Bitcoin Pizza Day. They question whether Bitcoin should be utilized for trade, especially with Bitcoin Cash already playing the role of transactions and everyday use.

Bitcoin is the first of its kind and made significant strides technologically but has its deficiencies. It is relatively slow which makes it unsuitable for transactional use. An increase in Bitcoin adoption revealed a scaling problem in the network. This led to Bitcoin Cash as a hard fork of Bitcoin. It is similar to Bitcoin with the primary difference being its block size for faster transaction speed and lower processing fees.

Bitcoin Cash has to some extent addressed Bitcoin’s shortcomings in being a transaction crypto for the Bitcoin network. As some maintain that Bitcoin is a store of value, there is a counterargument of the same. We must recognize that if Bitcoin cannot be traded for a good or service, it effectively has no value.

A Medium of Exchange

Bitcoin is not only a store of value. It must also be primarily utilized as a medium of exchange that stores value more effectively than any other asset. It is a global decentralized currency that limits the power of central banks in various ways.

The fiat system currently has a chokehold on censorship and privacy. Banks are closing their customers’ accounts for not having politically correct views such as in the case of Kanye West and JP Morgan. Paypal’s fine to users for intolerance of speech they don’t agree with sparked rage. The recent New Code to report gun purchases to law enforcement breaches privacy as is GoFund Me’s confiscation of funds to a donation cause they do not align with.

These examples all serve the purpose of a centralized financial system that limits users. Bitcoin provides a secure and censorship-free currency. Regular exchange of goods and services via Bitcoin incentivizes the adoption of Bitcoin for transactions. The non-custodial wallet with limited KYC promotes Bitcoin’s argument.

Additionally, Bitcoin is no longer slow for transactions. Various technologies are integrating with Bitcoin. It includes the Muun wallet facilitating Lightning invoices for payments via QR codes and Coinkite’s NFC device on tapping cards for transactions. These and other technologies offer non-custodial coins for instant transactions and lower fees than VISA. Not to mention the Lighting Network and Stacks.

Bitcoin’s secure structure enabled by its Proof of Work consensus mechanism ensures there are no transactional risk efficiencies. The trustless system is more secure, efficient and affordable for both merchants and customers.

All transactions for goods and services are a trade-off for potentially increasing the amount of Bitcoin we hold. Crypto enthusiasts will more likely save larger amounts of Bitcoin when it has regular usage in the economy like buying groceries or a house.

The value of Bitcoin rises when there are more users as Satoshi Nakamoto highlights. His primary intent on the innovation of Bitcoin is to enable peer-to-peer transactions with no third parties. To set foot on realizing its store of value, Bitcoin must primarily be used as a medium of exchange for goods and services regularly. Few merchants accept Bitcoin but there is a steady growth in the number for it to be essential in our daily economic activity.

What the future holds remains to be seen, but you can be sure we’ll keep you up to speed.

Description: Join one of the most famous exchanges in the world, sponsors of the 2022 World Cup!