Lightning blockchain is a layer 2 network that is meant to increase the transaction speed on the Bitcoin network. This is why it is referred to as Instant Bitcoin. While Lightning Network offers near-instant payments, this blockchain is extremely secure as it uses smart contracts. It does not create on-chain transactions for individual payments, and this ensures that the transfer fees remain very low.


Lightning blockchain was developed to optimize the Bitcoin network, and it draws its popularity from the wide usage of Bitcoin. While Bitcoin itself can only process 4.6 transactions per second, Lightning Network (LN) is capable of processing millions to billions of transactions per second. You can use the network cross-chain as it supports atomic swaps. That means you can use it to swap tokens between two unique ecosystems.

Lightning blockchain was first proposed by Thaddeus Dryja and Joseph Poon in a 2015 paper. The two would develop the network in 2016 under the Lightning Labs company. They were inspired by the original vision of Satoshi Nakamoto, the anonymous founder of Bitcoin, and their goal was to make the cryptocurrency suitable for regular payments. For example, the network can be used to make small payments in a coffee shop. In order to make payments, the sender and recipient have to create a peer-to-peer payment channel, and this will make it possible for individuals to send an unlimited amount of Bitcoin nearly instantly.

Lightning blockchain is a layer 2 network, and that means it is built on another network. In the case of LN, the main blockchain is Bitcoin. This network makes it possible to send payments securely without having them recorded on the public ledger. On Bitcoin, all payments have to be approved by the nodes, but this is not the case with LN. This ensures that all transactions are quick.

When the network was being created, Bitcoin had started growing in popularity, and the increased usage made the transaction fees very high. It also slowed down the transfer speed. These issues made it impossible for Bitcoin to be used as per the original vision of Satoshi, and that necessitated the creation of the Lightning Network. With it, people can make small or large payments without having to pay heavy transfer fees. Also, the payments will be completed quite fast.

- It may have some vulnerability problems.
- There are other, similar blockchains with higher levels of security.
- You can’t use Lightening Network for offline payments.
- It doesn’t compensate miners for validating payments.


When you make a payment on this network, you will have to pay a fee of 1 satoshi or 0.00000001 BTC. This amounts to less than 0.001 USD. The network is able to maintain such low fees because it is able to settle the transactions off-chain. In comparison, the average transfer fee when using the Bitcoin blockchain is about $23.


Although LN has been around for a long time, it is still yet to gain popularity among cryptocurrency users. This is mainly because people aren’t certain about its security levels. Lightning Labs has been on Twitter since 2016 and has only managed to attract about 140,000 followers. The network also faces stiff competition from blockchains that seem to have better technology, and these include Solana and Fantom. These ones are able to process transactions extremely fast and for very low fees, and they are also able to maintain high levels of security.

Lightning blockchain was created by Thaddeus Dryja and Joseph Poon, and they are the founders of Lightning Labs. They first released the paper describing the network in 2015, but the company was launched in 2016.

Is Lightening Blockchain proof of stake?

This network is not a class of consensus mechanism for blockchain as it does not rely on the nodes to approve transactions. The transactions are simply secured with smart contracts.

No, this network will not overtake Ethereum as the latter is already strongly established in the crypto community.

Does Lightening blockchain have a native cryptocurrency?

No, this blockchain does not have a native cryptocurrency and uses Bitcoin.

Has Lightening blockchain had any security issues?

Yes, in November 2021, the Lightning network bot was hacked, and this resulted in the loss of 14 million satoshis or 0.14 BTC. Experts have also noted that the network is vulnerable to denial-of-service attacks.

BTC is the native coin for Lightning Network. It is therefore also worth reading more about that on the link below.

Since you are interested in the Lightning Network, have a look at the related coins or some of the tokens available on this chain per below.

Lugano leads with the Swiss town's crypto payments boom
Wednesday, 2 Nov 2022 2:45 pm
Bitcoin and crypto enthusiasts gathered in the Swiss city of Lugano last weekend. Why? To demonstrate the capability of Lightning Network, the layer-2 payment protocol built on top of the Bitcoin blockchain and the possibility of the town becoming one of the best places to spend crypto in Europe. Over 60 merchants now accept crypto for payments and this is set to grow. It was also perhaps to show that as well as being a digital gold, Bitcoin is, and was in fact invented as, an electronic cash system. Want to buy, sell, and trade cryptocurrencies? Try Swissborg today!...
Read the full newsflash
BITCOIN LIGHTNINGNETWORK 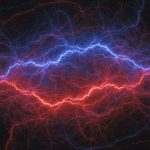 Interview with Robert on the Lightning Network
6 month(s) ago

Will This December’s Crypto Market be Bullish or Bearish?
1 hour ago