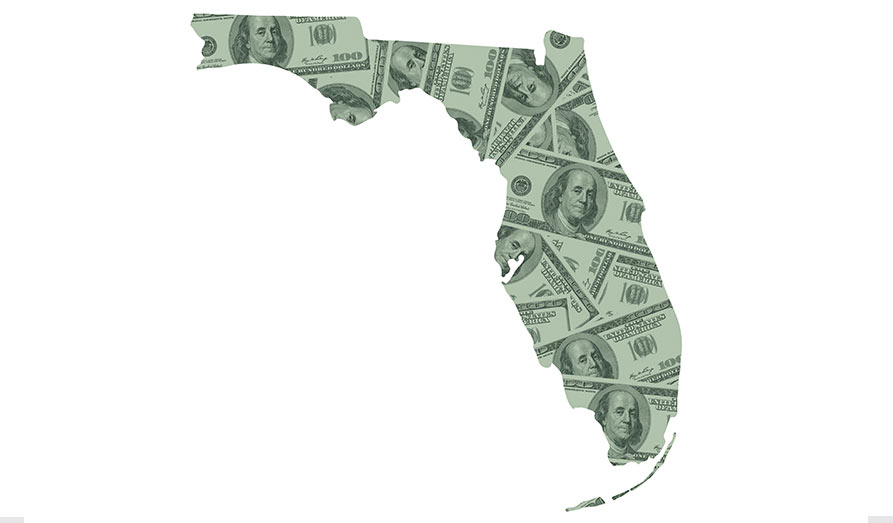 Governor DeSantis has been a crypto supporter for several years now. On March 22 2022, DeSantis announced that numerous businesses in the state want to pay taxes in cryptocurrencies. He specifically said that Florida is working on accepting Bitcoin as tax payments. His comments came during the signing of the financial literacy curriculum bill. During his speech, he called on direct state agencies to get ready to accept state fees in crypto.

Support from Francis Suarez—Mayor of Miami
Miami, Florida’s second-largest city, has been in support of cryptocurrencies for quite a while now. However, the biggest support for implementing digital assents in the state came from Francis Suarez, the current mayor of Miami. The mayor said that he would even accept his salary in BTC instead of the US dollars.

Miami has also launched the first state token, MiamiCoin, which will end up in Crypto lists. Interestingly the mayor plans to distribute the earnings derived from the coin to the residents. Furthermore, due to the crypto-friendly atmosphere created by mayor Suarez, crypto companies like Blockchain.com, FTX, eToro are opening their offices in the city.

Besides, Florida Gubernatorial candidate Nikki Fried has also shown support for crypto by accepting donations for her campaign in the form of cryptocurrency.

Digital Dollar Concerns
DeSantis expressed his concern over the Executive Order by President Joe Biden on cryptocurrency and a central bank digital (CBDC) currency signed earlier this month. He talked about the huge difference between decentralized currencies like BTC and a central bank digital dollar. In his statement, the governor said that he worries about the amount of power that would end up with someone in the central authority to be able to shut off access to purchasing some goods. He stated that he would be crossing into uncharted territory.

DeSantis’s concerns were also echoed by Minnesota Congressman Tom Emmer, who warned against CBDC. Emmer suggested that the Fed-controlled digital dollar would create an authoritarian control over people’s finance, much like the situation in China.

Increase in Pro-crypto Politicians
An increasing number of the younger crop of politicians are supporting pro-innovation and digital assets. These politicians include Eric Adams—the New York City Mayor who recently received his paycheck in crypto, and Mayor Scott Conger of Jackson, Tennessee. The former suggested that employees in his city could add crypto to their retirement plans. Other politicians who support Bitcoin and Blockchain technology include, Jared Polis, Dan Elder, George Galloway, Andrew Hemingway, Gulnar Hasnain, Rand Paul, and Rick Perry.

On the other side of the coin is Senator Elizabeth Warren, who has proved that she wouldn’t like anything more than to crush the crypto industry. Are you also keen to invest in crypto?

Description: Try eToro, that offers crypto both with or without leverage. Try eToro today!

About Governor Ron DeSantis
Ronald Dion DeSantis was born on September 14, 1978, and is an American politician and lawyer. He is FFlorida’s46th governor and has served in this position since 2019. Before becoming the governor, DeSantis was a member of the United States House of Representatives and represented FFlorida’s6th district between 2013 and 2018. In 2012, he was elected to congress for the first time, where he defeated Heather Beaven of the Democratic Party. Throughout his time, he gained a staunch Trump ally reputation.

DeSantis History of Crypto Support
The Florida Governor has been actively defending his views about crypto and needs to turn his state into a crypto hub. In December 2021, he pushed a proposal to allocate funds to experiment with blockchain to optimize state functions.

During his proposal, DeSantis had stated that he wanted to apply blockchain technology to enhance the services of the Department of Highway Safety, as it could automate and verify different processes like vehicle records monitoring in the department.

The Governor of Florida also added that blockchain technology would also benefit the health sector through authenticating processes like Medicaid transactions and helping detect fraud. But unfortunately, his proposal didn’t pass the legislature.

Skilling add Paypal as a Deposit Method
Sunday, 12 Jun 2022 7:47 am
Everything is red today, following the downturn on the stock market and increased need for interest rate increases. Skilling (review) has added PayPal as one of its payment methods. This is a widely-available payment method, and its addition to the trading platform is likely to increase transaction activity. With PayPal, traders on the platform will be able to make instant deposits. However, withdrawals will take up to 24 hours to process. Skilling allows its customers to make minimum deposits...
Read the full newsflash
Review: SKILLING PAYPAL