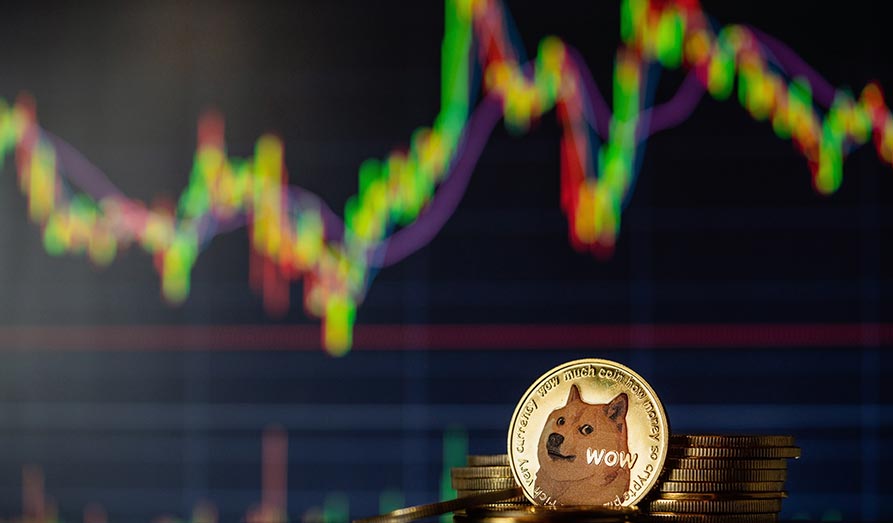 But where is the price of Dogecoin (DOGE) going next, and what kind of price estimate can be expected from the fourth quarter of 2022?

Today, Crypto Lists will discuss Dogecoin (DOGE) price estimates from a technical and fundamental analysis perspective. Please note that there are also many other factors to consider when entering a position, such as your time horizon, willingness to risk and how much margin you got if trading with leverage.

Dogecoin was launched in December 2013 by programmer Billy Markus and marketer Jackson Palmer who created the coin as sort of a joke based on the Doge meme. The interest for this coin began at a time when developers were just beginning to explore the possibilities afforded by Bitcoin’s invention, and to this day, DOGE is still exchanged, predominantly for tipping online content creators or for crowdfunding efforts.

DOGE may be less attractive as an investment because it has a limitless supply, and it is important to say that Dogecoin’s biggest selling point continues to be its robust community of enthusiastic fans. Elon Musk recently affirmed in an interview that he still supports Dogecoin and said that the only thing hindering this coin from becoming the “official currency of the internet” is its high concentration level among a few rich people.

Description: Do you like Dogecoin as much as Elon Musk? Learn more about the popular cryptocurrency DOGE here.

The last several weeks have been extremely rough for the cryptocurrency market, and DOGE also remains under pressure amid a decline in interest in the market and a worsening macroeconomic environment. Economists have warned that a global recession could be on the horizon, especially if central banks continue to act too aggressively. It is also important to mention that the U.S. economy shrank for two consecutive quarters in the year’s first half; still, the National Bureau of Economic Research has not yet declared a recession.

This Thursday, cryptocurrencies fell again due to hotter-than-expected inflation data in the U.S.; the price of Bitcoin dropped to a fresh intraday low of $18,183, negatively influencing the price of DOGE. According to a new inflation report published by the Bureau of Labor Statistics, the consumer price index (CPI) grew 0.4% in September, which is slightly above the 0.3% estimate. Inflation increased by 8.2% on a 12-month basis, which indicates that the U.S. Federal Reserve still has much more work to do.

The new inflation data led market participants to price in a big rate hike by the Fed, and according to analysts, there is a 95% probability of a 75 basis-point rate hike when Fed policymakers meet at the beginning of November. Quincy Krosby, the chief global strategist for LPL Financial, said:

“The Fed has more work to do, and the market knows it. The transition towards a slower pace of rate hikes, or even lower rates following the expected 75 basis point move on November 2, is still elusive until the Fed is convinced that victory against inflation is complete.”

In light of this, Dogecoin (DOGE) might have a hard time holding above the current price levels, while Brandon Pizzurro, director of public investments at GuideStone Capital Management, said that the worst is ahead of us. Bridgewater Associates founder and billionaire Ray Dalio believes that financial markets will be in a poor state for the next five years, and according to Dalio, the same rule will most likely apply to the cryptocurrency market. Personally, both Crypto Lists and Stanko believe that the dark scenario by Ray Dalio is a bit too pessimistic.

Dogecoin (DOGE) has weakened from $0.091 to $0.055 since August 16, 2022, and the current price stands at $0.059. Traders should consider that the risk of further decline is still not over, and according to analysts, the U.S. Federal Reserve will continue to have an aggressive stance to fight inflation by raising interest rates.

On the chart below, we can see that DOGE has been moving in the range from $0.055-$0.070 last several months, and as long the price of DOGE is below $0.070, we can’t talk about a trend reversal, and the price of DOGE remains in the SELL-ZONE.

On this chart (the period from April 2022), I marked important support and resistance levels that can help traders to understand where the price could move. Dogecoin (DOGE) remains under pressure, but if the price advances above the important resistance that stands at $0.070, the next target could be $0.080. If the price drops below $0.050, which represents very strong support, the next target could be located around $0.040.

What speaks for the rise in the Dogecoin (DOGE) price

The fourth quarter of 2022 will likely be a tough period for DOGE, and the outlook for risk appetite in the near term is not looking good. The crypto market sentiment is still unable to show positive signs, which is connected with a 95% probability of a 75 basis-point rate hike when Fed policymakers meet at the beginning of November. Jonathan Millar, an analyst from Barclays, said this Thursday:

“Barclays maintained its call for a hike of 75 bps next month but boosted expectations for December and February to 75 bps and 50 bps, respectively, up from 50 bps and 25 bps previously. That forecast would push the target range for the fed funds rate to 5.00%-5.25% in February from the firm’s prior outlook of 4.50%-4.75%.”

The amount of DOGE traded over the last several weeks saw a decrease, but if the price advances above the resistance that stands at $0.070, the next target could be located at around $0.080. Traders should also consider that the price of DOGE is correlated with Bitcoin, and if the price of Bitcoin jumps above $20000, we can see DOGE at a higher price level than the current price.

The upside potential for DOGE remains limited in Q4, especially after comments from FED that rate cuts are not foreseen until 2024. Investors are worried that an aggressive interest rate hike policy could trigger an even bigger sell-off, and in light of this, Dogecoin (DOGE) might have a hard time holding above the current price levels.

The cryptocurrency market continues to be bearish, following a considerable lack of demand in the market and the macro event. The new inflation data led market participants to price in a big rate hike by the Fed, and according to analysts, there is a 95% probability of a 75 basis-point rate hike when Fed policymakers meet at the beginning of November. In light of this, Dogecoin (DOGE) might have a hard time holding above the current price levels, while Brandon Pizzurro, director of public investments at GuideStone Capital Management, said that the worst is ahead of us. Luckily, you can go both long and short with crypto CFD brokers such as Skilling (for Europeans), Kucoin (for Asians) and Coinbase Pro (for Americans).