How Big Can Dogecoin Really Get? 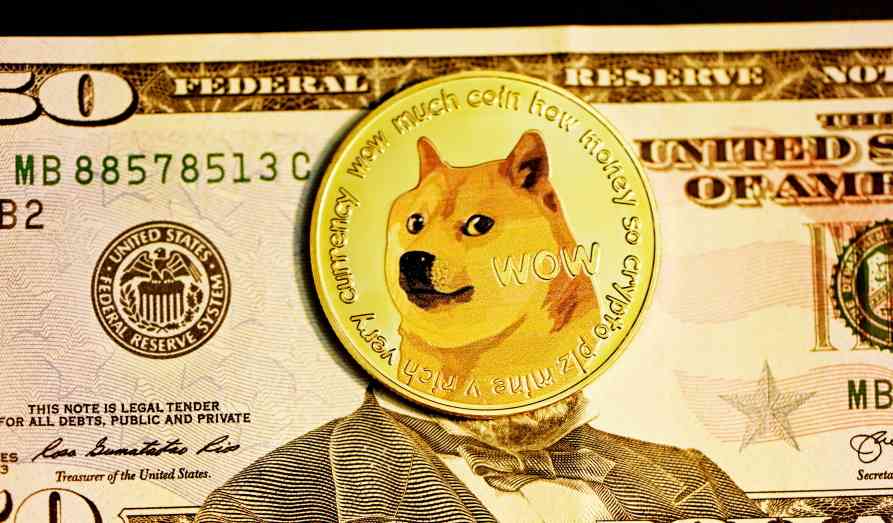 The cryptosphere saw an almost total cross-currency uptick last week, but the official announcement of Elon Musk’s takeover of Twitter drove up the value of Dogecoin (DOGE) to totally different level. Where next for the meme coin?

The proof-of-work currency’s market capitalization more than doubled in just seven days, surpassing both Solana (SOL) and Cardano (ADA). But, is there a limit to how big it can really be? Crypto Lists explores whether this is just a flash in the pan or part of something bigger. And just FYI, we don’t have a dog(e) in this fight…

Dogecoin had a BIG week

Following a gain in Bitcoin (BTC) due to several favorable business variables, especially after the release of excellent quarterly reports for most big American corporations, last week was advantageous for all digital currencies. But even with this seemingly universal growth, some cryptocurrencies continued to stand out. One dog-themed coin in particular…

Dogecoin (DOGE), launched in 2013. But, it was only ever intended to be a joke. However, the currency is now ranked eighth among digital currencies based on the market cap as of time of publishing. In fact, DOGE beat the rest of the market and displayed a stunning growth of 111%, whereas BTC and Ether (ETH) only saw gains of 7.7% and 21.6%, respectively.

Don’t worry about the fact that this is all still hypothetical or that DOGE has obvious problems that would only be highlighted if it achieved popularity. According to herd-following “mimetic” investing guidelines, one should dance till the music stops, which, based on previous Dogecoin surges and slumps, is hapenning. It doesn’t take a genius to figure out that the rush to buy today is motivated more by a desire to enter and exit the market at the correct time than by any need to accumulate funds to spend later. That said, there’s no reason not to think the coin will jump up again after the US Midterms – an event known to trigger crypto bull swings.

Dogecoin as a payment option for Twitter in future?

According to ideas being spread in the cryptocurrency community, Musk’s previous public endorsement of Dogecoin would result in the token’s inclusion as a payment option on Twitter. Binance, a cryptocurrency exchange that assisted in financing Musk’s buyout, has announced that a team will be formed to investigate “ways that technology and cryptocurrency could be useful to Twitter.”

A basic argument may be that adding payment options to social media could benefit battered tech companies if advertisers pull back and inflation takes a swing. It’s worth a shot if encouraging users, paying friends, or rewarding users for paying for verification — as has been announced — promotes increased content control, data privacy, and an improved user experience on Twitter.

Dogecoins aren’t money, though. For them to appreciate, artificial anticipatory excitement is necessary. And as usual, Twitter was a great tool for disseminating information. Among those proclaiming promises of tremendous wealth ahead led by Musk’s makeover was one of the crypto-famous ‘Dogecoin Millionaires’, who, based on his entry point… is no longer a millionaire.

Despite Musk’s claims that he will advance humanity, it’s unclear whether or how he will be able to rid the platform’s bot infestation, misinformation on both extreme ends of the political aisle, which, together with NSFW content, plague the platform from the view of advertisers. Given that, adding a digital cryptocurrency wallet laid on top of Twitter wouldn’t be too troublesome.

But, do billionaires find it difficult to abandon tried-and-true business models? Case in point, Meta’s more agonizing attempts to cram crypto-fueled Web3 concepts into antiquated social-media boxes. Jack Dorsey, the co-founder of Twitter, has been working on the decentralization BlueSky project for years. And there’s Mastodon, a social media competitor that hasn’t yet managed to unseat the status quo despite having several notable backers like Dogecoin co-creator Jackson Palmer.

What’s occurring with Dogecoin is a noteworthy insight into what’s to follow as Musk’s internet cult of personality shoots higher. It’s anybody’s guess what will happen with the coin, but it’s going to be an interesting few years that’s for certain. With the next Bitcoin halving event set to occur in spring 2024, which should precede an enormous 18-month bull run… we wonder where the famous meme coin will be in market cap by then?

Description: Sign up to one of the best known and most trusted crypto platforms!