Messi and Bitget, Ronaldo and Binance: What’s Next for Big-Name Partnerships? 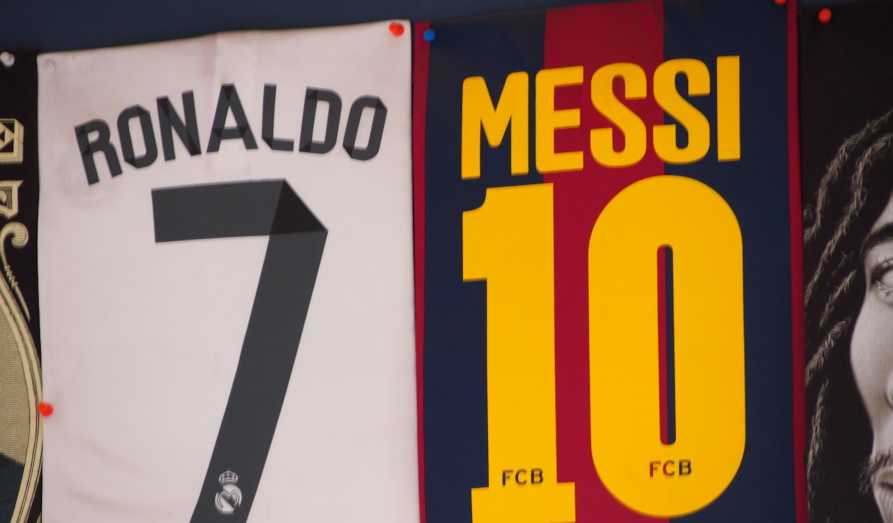 The world of crypto continues to be more visible in the mainstream as the implementation of various strategies continues to increase its adoption. Exchanges look to partner with athletes to penetrate untapped users of cryptocurrency technology. Crypto Lists looks at the future of big-name partnerships and how this might look for the space going forward.

Notably, arguably the best footballers of all time have partnered with various firms in the industry. Lionel Messi and Cristiano Ronaldo have dominated the popular sport with 12 Ballon d’Or awards shared amongst them acknowledging their remarkable achievements. And they’ve teamed up with Bitget and Binance respectively in major moves for the crypto industry.

Messi partnered with one of the leading cryptocurrency exchanges, Bitget, in late October with its first campaign titled, ” The Perfect 10″ receiving positive reviews. The campaign was launched about a month before the much anticipated World Cup currently underway in Qatar. It followed on from the brand film titled, “Make it Count”, which encouraged crypto traders to be similar to Messi by taking the first step and developing strategies to make their goal a reality.

It’s aim was to reestablish confidence in the crypto industry. How? By engaging its users with the World Cup hype utilizing various giveaways and exclusive rewards in World Cup-themed activities, including Messi’s jersey and 1 million Bitget Tokens (BGB). Messi’s partnership also promotes Bitget’s KCGI biannual tournament with a football and World cup theme. The prize pool includes 100 BTC and popular fan tokens, which further connects the crypto industry with the football world.

Bitget popularizes Web 3.0 by attracting more users to the exchange by engaging popular athletes such as Messi. However, there are concerns over the lack of regulation by the platform. Unlicensed exchanges are associated with a lack of consumer protection for users which puts funds at risk. Despite the eye-catching partnerships such as with Juventus and now Lionel Messi, users should be cautious about such an exchange. It raises queries about the manner in which athletes and the sports world are driving crypto adoption without taking due diligence in truly understanding what they are promoting.

Description: Buy Chiliz, one of the main entry points for sports fan tokens!

In November 2022, Binance announced that it had finalized a multi-year partnership with Cristiano Ronaldo for his first NFT collection. The leading cryptocurrency exchange and one of the greatest footballers of all time have an exclusive partnership with the NFT launch held on Friday 18th November. It coincided with a marketing campaign that features the football star, aiming to drive crypto adoption and introduce users to Web 3.0 through NFTs.

Binance Co-founder, He Yi, highlighted the importance of the metaverse and blockchain in the future of the internet. It’s hoped the partnership will help the exchange to create awareness of the technology and Binance’s input in Web 3 infrastructure for the sports industry.

The Cristiano Ronaldo NFT collection features seven animated statues having four rarity levels ranging from ‘Super Super Rare’ (SSR) to normal. Every statue showcases an iconic Ronaldo moment from his career and childhood in Portugal. Each rarity level includes various reward items relating to Ronaldo. The man himself mentioned it is a unique way to connect with the fans and build a fan-centric economy for them to own unique parts of his and the sport’s history.

The Future of Crypto and Athletes’ Partnership for Crypto Adoption

Crypto firms can acquire a mass market by partnering with trusted and popular sports teams and athletes as these sports icons seek to connect with their younger demographic who are into crypto as well.

When users identify a recognizable athlete endorsing a crypto firm or product, there is more inclination towards that brand which effectively engages more crypto users and boosts overall crypto awareness and adoption. There is also increased brand loyalty to those who already identified with the firm.

What’s crucial is ensuring the athletes are enlightened on the particular crypto firm or product they endorse. It is much more authentic when these athletes also understand the crypto industry and do not blindly endorse products that may spark controversy among themselves. Sports have a massive audience and influence. There is a need for a regulated endorsement strategy that ensures that the audience is not misled into controversial crypto projects.

Nobody could foresee Cristiano’s next move following the World Cup. While he was initially expected to go back home to Sporting Lisbon, the left-field challenge of promoting soccer in Saudi and supporting their 2030 World Cup bid was too much to turn down. Helped, of course, by the enormous salary the state-affiliated Al-Nassr FC will be paying him. One can imagine it’s a way to cement his legacy in the sport beyond what happens on the pitch with his two feet. By partnering with Saudi, it gives him the chance to transcend the sport in a truly global way – becoming the face of football in a region of the world where the Kingdom wields a lot of power.

Of course, if Messi signs for cross-town rivals Al-Hilal, as has been rumored, it would represent an enormous coup for the league. And, their rivalry – one that has softened in recent years from the simmering animosity of their peaks – would take place on a new stage. While Messi did indeed overshadow CR7 with his Argentina triumph, there’s no doubt who’s the winner when it comes to the crypto space. Binance and his NFT collection contines to go from strength to strength, while Bitget remains an unlicensed fringe player… pun intended.

Description: Sign up to one of the biggest crypto platforms and home of the Ronaldo NFT collection!

Chiliz (CHZ) Blockchain 2.0 To Be Released in Q1, 2022
Saturday, 12 Feb 2022 12:18 am
Following the signing of tokens for Sevilla FC, CHZ is set to release the new version of Chiliz blockchain. The improved blockchain will be made together with Ankar (ANKR) and aims to target an even bigger audience. During the drop for Ethereum (ETH) today, most of the fan tokens from Chiliz are going up. Could fotball tokens be a way to hedge against a fall in major cryptocurrencies? We are yet to find out! Learn more about Chiliz (CHZ) here...
Read the full newsflash
CHZ