MicroStrategy Increases Holdings to 114 042 Bitcoins: But why?

One of the world’s biggest holdings of Bitcoins (BTC) has increased even further lately. In the 3rd quarter of this year, MicroStrategy increased their holdings with an additional 9000 coins. They also revealed their total holdings, which is now 114 042 Bitcoins. However, Michael Saylor admits that he will continue to look for new opportunities to raise even more capital in order to buy even more Bitcoin.

As of August 26th, 2021, MicroStrategy had 108,992 BTC acquired at a buying price of $2.91 billion, or an average rate of $29,769 per BTC. Currently, the company owns almost 0.58 percent of the bitcoin supply, valued at $5.08 billion. In this post, we will analyze bitcoin theory or what made MicroStrategy and its CEO Michael J Saylor get into a digital coin buying spree.

Recently, the company announced that it holds 114042 Bitcoins after making another purchase. This time, the company spent almost $489 million to purchase 13005 BTC tokens.

Total shares of this giant Virginia-based software firm closed at 9.7 percent, reflecting a correspondingly sized slide in the price of BTC. The crypto was down over 7 percent to almost $32,600 per BTC when reports came out that china was to crack down on crypto mining. They claimed that the average buying price of its 105,085 BTC trove was $26,080 per token, including charges and other expenses.
In the previous year, the company has transformed from comparative obscurity to a recognized force in the cryptocurrency field and on Wall Street. This success is caused by its aggressive bets on crypto and the evangelizing from Michael Saylor, the CEO and Chairman of MicroStrategy.

In a recent interview with CNBC, Michael Saylor defended his company’s cryptocurrency hunting, which has entailed debt offerings to purchase more digital coins. Recently, the company filed for a plan to sell $1B worth of extra stock and use the proceeds to purchase the cryptocurrency.

Description: Do you want to follow in Microstrategy’s footstep? Learn more about Bitcoin and make up your mind now.

Saylor pointed out that they rotated their shareholder base and changed themselves into a firm that can sell enterprise software and buy and hold digital coins. He added that they had done that successfully with leverage.

That has played a vital role in increasing the power of the company by a factor of 100. The cryptocurrency venture is increasing shareholders’ income. So employees are happy, and shareholders are happy. The company’s stock has increased since it announced its maiden crypto purchase before August 11th. The shares have increased by 423 percent from August 10.

Bitcoin features some films of economic implications. According to Michael J Saylor, the digital currency is a rudimentary innovation similar to electricity or fire. Like these two innovations, the digital coin offers a new and straightforward way to store and transport energy across time and space. Bitcoin theory analyzes why this digital coin is an inevitable and influential international invention.

During the early days of the COVID 19 outbreak, MSTR switched its operations to entirely virtual. In the latest Q2 earnings report, this company explained its strategy to continue leveraging the virtual wave to have greater effectiveness in go-to-market efforts. This improves the general profitability and offers additional resources to invest in development and research.

A huge part of company’s complete virtual mindset includes its digital asset plan. Since the move to embrace BTC as its main treasury reserve property, the company has expanded to become the biggest corporate holder of digital currency in the entire world. As of now, MSTR has 108,992BTC.

In the last 12 months, the company shares were 400 percent. Because of their massive debt-financed BTC purchases, the company’s stock is positively connected to the price performance of this coin.
Over the year, cryptocurrency has turned out to be essential to the company’s business mindset. Microstrategy believes the crypto will continue growing and concordantly plans not to sell its bitcoin holding. Most of its $2B in debt is stored as convertible currencies, as the rest will be repaid via its continued growth as a profitable company. Due to the company’s leveraged cryptocurrency position, its stock is becoming a de-facto way for bequest investors to get exposed to BTC.
Let’s look at the timeline of MicroStrategy’s biggest acquisitions that have contributed to its success in the crypto industry.

On August 11th, 2020, the company announced its first purchase of cryptocurrency worth $250M. During this time, this was the biggest crypto acquisition made by a public company.
On September 14th, 2020, the company’s board of directors implemented a new treasury reserve policy. This made cryptocurrency the firm’s main treasury reserve asset. Another acquisition of 16,796 bitcoin at a price of $175M was made.

December 21st, 2020, the company invests another $650 million to cross the $1B BTC acquisition.
On February 24th, 2021, the company purchases another $1B worth of cryptocurrency after an equal debt raise. This is after tesla had invested $1.5B in cryptocurrency.
As a virtual business intelligence firm, MSTR understands everything about the contemporary internet space. It prefers macroscopic and long-term views relating to the economic ramifications of recent technology. Central to the company’s view is the confidence that cryptocurrency will be the internet’s main property for value storage. Knowing the consequences of adopting crypto will help people think about what online might look like in the coming 5-10 years.

This theory uses philosophy, history, economics, and natural science to understand the economic implications of the crypto network. First of all, Michael Saylor considers BTC as the greatest long-term storage of valuable assets. His reasons are because of many factors. However, Michael has discovered an easy formula to compute the general success of digital coin, which leads to the success of his company.

Why Do They Believe in Cryptocurrency?
Bitcoin serves as a protocol for ideal competition. Saylor states that cryptocurrency is one of the cyber-economy based upon the ethics of thermodynamics and truth. For the last many decades, gold has been recognized as the perfect commodity for storing human energy. Nevertheless, there is a game-theoretical issue with basing monetary systems on physical commodities. The major issue is that, in the commodity-based monetary systems, human ingenuity is designed to make underlying assets worse as the storage of value. For instance, in the gold-based monetary systems, once the value of gold goes up, human ingenuity is triggered to create ways to generate more gold. On the other hand, in crypto-based systems, it’s mathematically hard to increase its supply. So, with cryptocurrency-based money, human ingenuity is triggered more constructively. Because cryptocurrency gets rid of unnecessary inflationary distractions, it effectively creates a social agreement of contributors who focus on value creation.

These analogies assume that crypto will be internationally adopted. With investment in MicroStrategy or crypto, you are already thinking about adoption. The most exciting news is that once cryptocurrency is globally adopted, it’s a net advantage for humanity. However, the discouraging news is that many powerful and big players want to stop the adoption.

Michael uses a unique cryptocurrency investment mindset, and this motivates him to buy and hold more crypto. Bitcoin’s value is because of the adoption, production, inflation, and utility. As of now, cryptocurrency is one of the efficient methods to transport energy across time and space. Cryptocurrency efficiently triggers human productivity and lets full sovereignty with no threats of violence.
Many factors are at play to motivate the growth of cryptocurrency as well as create a huge network effect. Besides, MicroStrategy’s thesis tends to trail cryptocurrency’s lead. Risking on the adoption of new technologies can be a daunting task. Nevertheless, interpretations from history can offer a clear understanding of the future of crypto adoption. Like with many other things, the amount of money you invest in MSTR or cryptocurrency must equal your understanding of the topic mixed with your level of risk tolerance.

According to MicroStrategy’s CEO, cryptocurrency will flip gold and, at last, incorporate the whole gold market cap. The moment it hits $10trillion, its volatility will reduce dramatically. As it heads towards $100 trillion, you will see the growth rates and volatility go down. This means cryptocurrency will become a stabilizing influence in the whole financial system in this 21st century.

Description: Wanna buy or sell some Bitcoin? Have a look here to find the best deals.

Bitcoin bounce at 20k, ETH at 15k
Saturday, 27 Aug 2022 2:21 pm
Those looking to buy Bitcoin just got a new floor to look out for. Bitcoin was slightly below 20 000 USD, before bouncing back to 22 000 USD. For those planning to buy Ether (ETH), the price was also the lowest in a few weeks, reaching just below 1500 USD before bouncing back. Now, it's important to keep track of the...
Read the full newsflash
BTC ETH

Tesla Reveals: Sold BTC for $936M in Q2
Thursday, 21 Jul 2022 3:07 pm
In Tesla´s shareholder letter, Elon Musk reveals that the company sold 75% - equivalent to 936 million USD - of their Bitcoin holdings. Musk told the audience in a conference call that the Bitcoin sale should not be seen as a verdict on BTC. Tesla was simply concerned about their liquidity in China, due to covid shutdowns, he claims. Do you want to buy or sell Bitcoin right now? Try Paxful that offer BTC futures trading where you can both go long and short
BTC

SwissBorg Burn 3.45 million CHSB tokens
Thursday, 14 Jul 2022 11:43 am
Swissborg has been doing their biggest token burn ever, 3 450 000 tokens, following a vote by the community members. Since the price of CHSB was falling against BTC, Swissborg used available funds to buy back CHSB. In June alone, Swissborg bought back 5.8 million CHSB tokens, for an average price of around €0.42 per CHSB. The top tier Swissborg members called Genesis, was the ones that voted mostly for a 100% burn of remaining tokens from the ones put aside. Keen on trading CHSB or simply want to join a simple, user friendly and affordable crypto platform? Try Swissborg now!
BTC Review: SWISSBORG CHSB

BTC price in EURO or USD? Both cost the same amount
Wednesday, 13 Jul 2022 7:03 pm
Today, the price of Bitcoin (BTC) cost the same in both euros and dollars, around 19300 euro or usd. It's the first time in 20 years, that the dollar is this strong against the EUR. One crypto site where you can trade both EUR/USD and BTC against USD and EUR is eToro (review). You can Read the full newsflash
BTC

Downtrend continues - BTC below 20k, ETH -7%
Tuesday, 12 Jul 2022 3:23 pm
The cryptocurrency downtrend continue, after the European stock markets is in red and DOJ, S&P500 & Nasdaq seems to open down as well. Bitcoin (BTC) is now below $20k again, while ETH is down around 7% and can be traded for $1073. Polygon (MATIC) is the only winners among the top 35 coins by market and you can see Stanko's price analysis for MATIC here. Do you want to trade? Check out...
Read the full newsflash
ETH BTC 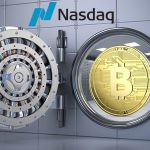 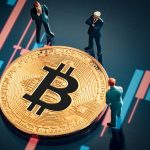 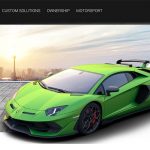 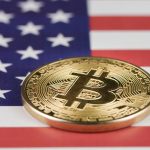 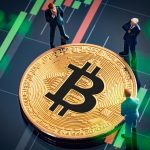 Avalanche (AVAX) price estimate Q4, 2022 – Rise or Fall?
3 days ago
All the best cryptos
18+
Historical returns are no guarantee of future returns. All trading in financial instruments involves risk, including currency trading with crypto currencies or CFDs. Financial instruments can both rise and fall in value and it is not certain that you will get back invested capital.
Only invest capital that you are prepared to lose. Crypto currencies are extremely volatile, can involve high risk and is not for everyone, states Crypto Lists Ltd. CFDs are complex instruments that have a high risk of losing money due to leverage. Between 62-89% of all private investor accounts lose money when trading CFDs. You should consider if you understand how crypto currencies and/or CFD works and if you can afford to take the high risk of losing your money.