Risks Versus Rewards: What Could Go Wrong with ETH 2.0? 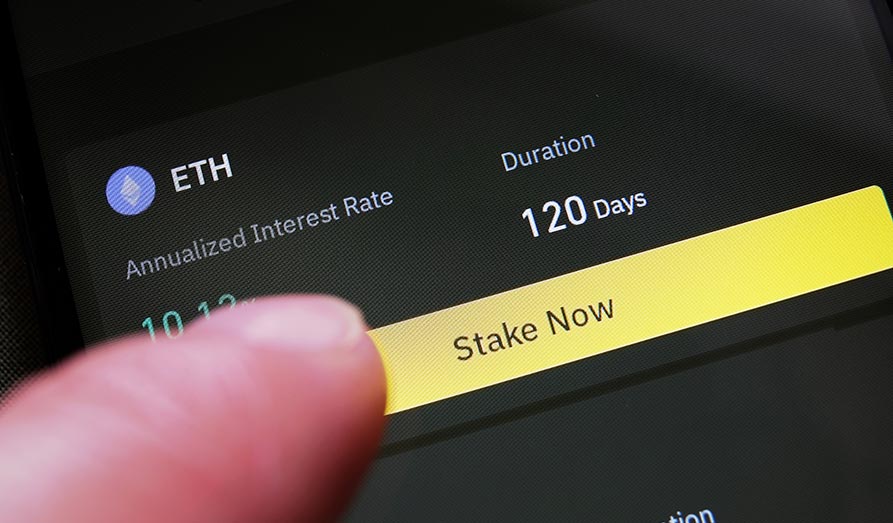 One of the most recent advancements associated with Ethereum blockchain is its transition from a proof-of-work (PoW) system into a proof-of-stake (PoS) currency. Referred to as Ethereum 2.0, the main goal is to improve issues such as scalability, efficiency and transaction speed – while giving staking rewards for ETH holders.

However, there are still some potential downsides to this move. Ethereum 2.0 essentially represents a merger between the existing Mainnet currently used with the Beacon Chain. Industry professionals cite additional benefits such as a reduced chances of bottlenecking and higher levels of security. Having said this, the team at Crypto Lists Limited feels that is it equally important to emphasise inherent risks that may potentially come to pass.

This is arguably one of the most realistic concerns that has spooked some investors. The time required to finalise this transaction could very well open up takeover opportunities for competitors. Therefore, the main question involves how quickly the merger will be completed and if it can be addressed in a streamlined fashion.

Another issue noted by the team at Crypto Lists involves the logistics associated with the merger itself. In the event that disruptions occur, the number of ongoing transactions may fall. This might cause miners to curtail their operations from a short-term perspective. The danger here lies in the possibility that such a move could freeze the blockchain.

A Loss of Investor Confidence

The psychological side of things should also be taken into account. The transition into ETH 2.0 has been plagued by countless delays in the past. Some industry analysts now believe that its release could once again be pushed back until Q1 2023. While this might be acceptable from a DevOps point of view, investors could begin to lose trust in the currency itself. This may result in short-term price drops and a significant amount of volatility for ETH.

Another concern noted by CryptoLists.com is associated with those who hold older ETH tokens once the merger is completed. Under normal circumstances, these tokens can simply be transferred into the ETH 2.0 blockchain. However, this is not without specific concerns. There may be times when a user sends his or her ETH into a deposit contract with the intention of staking on the new blockchain. In such a case, these funds will be locked until the transition is fully completed. Considering the delays mentioned in the previous section, this could present real problems for investors. Keen on trading? Read about Stormgain (review) that offer traders to go both long and short.

Description: What is your knowledge about Ether? See the latest price developments, risks and potential for ETH here!

Scalability is often a good thing in relation to cryptocurrencies, as it essentially equates to more usage and liquidity. This has been somewhat of an issue with ETH in the past, as the legacy network was only able to handle (roughly) 30 transactions each second. Its developers now claim that ETH 2.0 is capable of supporting a staggering 100,000 transactions per second. Although this could lead to higher demand and a more bullish outlook, investors might instead choose to offload their holdings due to a lack of confidence in the relatively new ETH 2.0 framework. In such an event, prices could exponentially fall within a very short period of time.

While there is no doubt that ETH is still a cryptocurrency powerhouse, the associated migration delays have caused some L1 chains capitalise on this scenario. Here are some examples noted by Crypto Lists:

During these same time frames, Ethereum witnessed a 58 per cent decrease in the number of transactions. Investors who lack confidence in the changeover or who are confused in regard to its implications could begin to look elsewhere.

Similar to other cryptocurrencies, a small majority of ETH token holders possess the lion’s share of positions. In this case, it is estimated that 0.1 per cent of users account for up to 95 per cent of ETH. The problem here is that one of the main intentions of ETH 2.0 involves the notion of transparency and further decentralisation. Such notions may be called into question when we consider how integrity and validation are controlled by such a small minority.

These are some of the primary risks that have been analysed by the team at Crypto Lists. Having said this, the fundamentals of Ethereum are still solid and there are few chances of the ecosystem simply vanishing overnight. It is nonetheless prudent to keep a close eye on the current state of affairs in order to remain well ahead of the curve. Feel free to check back with Crypto Lists on a regular basis to keep up to date with the market and latest news.

Description: Have you signed up for one of the leading crypto sites? If not, give Stormgain a try and don’t ask why!

Risk warning: Don’t invest more money than you can afford to loose.