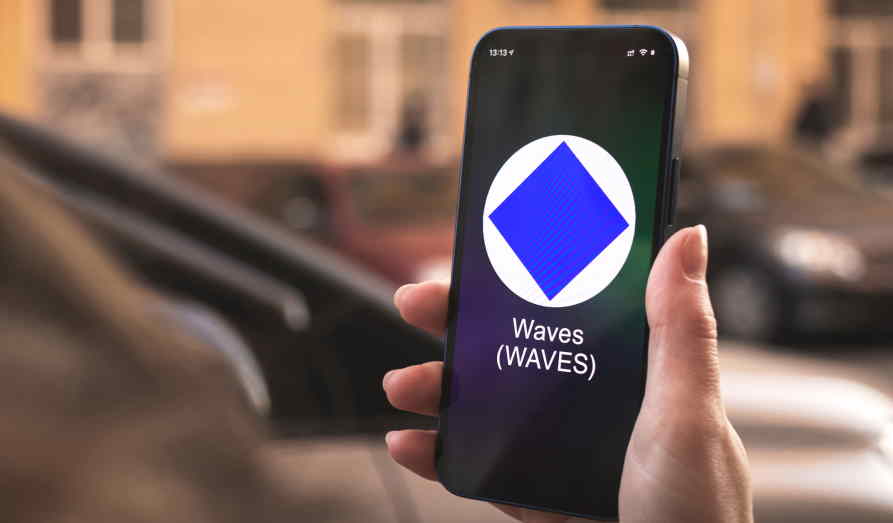 Waves (WAVES) has weakened more than 40% since November 05, falling from $3.76 to a low of $1.95. The current price of WAVES stands at $2.03, which is more than 95% off from its 2022 highs that were registered in March. Today, Stanko from Crypto Lists will discuss Waves price estimates from a technical and fundamental analysis perspective.

The bankruptcy of the FTX crypto giant caused a massive sell-off in the cryptocurrency market, while the latest news that the U.S. central bank might stick to a longer rate-hike cycle added additional pressure on the cryptocurrency market. The next Federal Reserve meeting is scheduled for December 13, and it is still not sure if the Fed will continue with its aggressive stance on hikes.

Please note that there are also many other factors to consider when entering a position, such as your time horizon, willingness to risk and how much margin you have if trading with leverage.

Upbit cautioned its users against investing in WAVES

The Waves blockchain platform was founded by entrepreneur Sasha Ivanov in 2016 with the goal of making open finance attractive for regular users on a day-to-day basis. Waves allows for the creation and trade of crypto tokens without the need for extensive smart contract programming.

Rather, tokens can be created and managed via scripts that run in user accounts on the Waves blockchain. The idea is that the development of new tokens should not substantially differ from launching a traditional web application, and because of this, users can issue tokens without any programming experience.

The WAVES cryptocurrency plays an important role in the Waves network, and the maximum supply of WAVES tokens is limited to 100 million tokens. WAVES  cryptocurrency can be used to create custom tokens and to pay transaction fees, and it is important to note that ownership of this token determines who earns a share of fees paid for transactions.

Put somewhat intended! The risk of further decline for WAVES is not over. This week, cryptocurrency exchange Upbit cautioned its users against investing in WAVES due to its high volatility resulting from the USDN depegging.

USDN is an algorithmic stablecoin backed 1:1 by WAVES, and according to CryptoSlate data, USDN is currently trading below peg at $0.8. This means that the USDN protocol may liquidate WAVES through an automatic arbitrage process in an attempt to regain the peg. As a result of this WAVES increased its volatility, but it is important to say that USDN stablecoin has been criticized and called a “Ponzi scheme” since April when it first dropped below $0.8.

Waves founder Sasha Ivanov said that he took on a $500 million debt to supply liquidity in an attempt to restore USDN to peg, but Upbit has warned against investing in WAVES as its volatility may result in unexpected losses for investors. South Korea-based exchange Upbit reported:

Algorithmic stablecoins are not fully collateralized and rely on different mechanisms to maintain their peg to a fiat currency, making them inherently fragile during market volatility. As a result of WAVES increased price volatility, we will suspend the WAVES/KRW and WAVES/BTC pairs.

Investors more generally continue to stay away from riskier assets at present, and in the days ahead, we can see WAVES at even lower price levels.

WAVES has weakened from $3.76 to $1.95 since November 05, 2022, and the current price stands at $2.03. WAVES might have a hard time holding above the $2 level in the upcoming days, and a break below this level would indicate that WAVES could probably test the price level at $1.80. On this chart (the period from April 2022), I marked important support and resistance levels that can help traders to understand where the price could move. WAVES remains under pressure, but if the price advances above the resistance that stands at $4, the next target could be $5. The current support level is $2, and if the price breaks this level again, it would be a “SELL” signal, and we have the open way to $1.8. If the price drops below $1.50, which represents an important support level, the next target could be located around $1.

What speaks for the rise in the WAVES price

Negative news for WAVES came this week after South Korea-based cryptocurrency exchange Upbit warned against investing in WAVES as its volatility may result in unexpected losses for investors. The upside potential for WAVES remains limited for now; still, if the price advances above $4, the next target could be $5 or even resistance that stands at $6.

What indicates further downfall for WAVES

WAVES has weakened more than 40% since November 05, and despite this, market participants should be ready for another potential downward move. This week, cryptocurrency exchange Upbit cautioned its users against investing in WAVES due to its high volatility resulting from the USDN depegging. The current support level for WAVES stands at $2; if the price breaks this level again, the next target could be $1.8 or even below.

WAVES remains under pressure after South Korea-based exchange Upbit warned its users against investing in WAVES. WAVES is used as collateral for USDN, a stablecoin aiming to peg its value to 1 USD with an algorithm. Currently, the value of USDN is below one dollar, and according to Upbit, investing in WAVES may result in unexpected losses for investors. The current price of WAVES is more than 95% off from its 2022 highs that were registered in March, and if the price falls again below $2, the next target could be $1.8 or even below.

Description: Sign up to one of the most easy and accessible crypto platforms!

USDN, the Waves Backed Stablecoin Breaks Peg & Come Back
Monday, 29 Aug 2022 3:42 am
You probably heard about quite a few problems related to algorithmic stablecoins, and USDN is the latest to face repeated de-pegging issues. On the 26th of August, the Waves backed stablecoin called Neutrino Dollar (USDN) traded at 0.90 USD instead of 1 USD, Three times earlier this year, in March, April and in May - USDN was breaking the peg to USD. The latest de-peg came after implementing a new algorithm behind the stablecoin. Crypto Lists anticipate that this will be an eye opener for some investors, that will move away from both the Waves blockchain and...
Read the full newsflash
USDN WAVES WAVES

Trending coins - Waves, ZIL & TITAN
Tuesday, 21 Jun 2022 1:41 pm
The crypto market is turning upwards for a third day in a row. Some of the most discussed gainers today include Waves +20%, Zilliqa (ZIL) +22% and TitanSwap (TITAN) that is up 50%. What are you trading today? Check out Binance or Kucoin where you can...
Read the full newsflash
WAVES ZIL