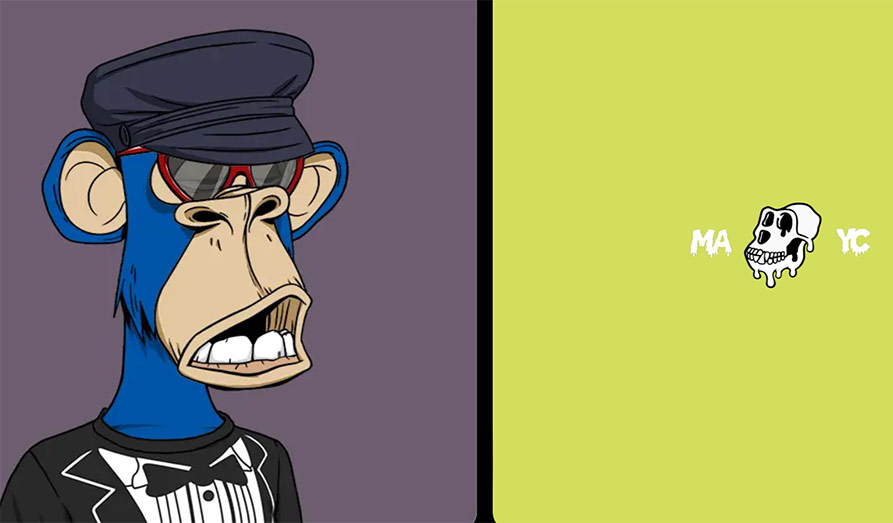 The multibillion-dollar blockchain technology company, Yuga Labs, apologised for the temporary crush on Ether (ETH). The company is famously known for the Bored Ape series of NFT representing a set of 10,000 computer-generated cartoon apes. Its sale of metaverse land raised over $300 million worth of cryptocurrency. It caused a frenzy that saw the increased demand crash the Ethereum network.

Cause of such a high demand for Yuga Labs NFTs
Yuga Labs’ nonfungible tokens crypto assets are increasingly popular. Its prices fetch hundreds of thousands of dollars. The Bored Ape NFTs are the most prominent in the industry with celebrities, including Jimmy Fallon, Paris Hilton, and Madonna owning them. Less than two months ago, Yuga Labs raised $450 million in a round led by Andreessen Horowitz. It set its target on the metaverse in one of the largest nonfungible token launches in history.

An online sale of Yuga Labs NFTs called Otherdeeds involved 55,000 plots sold. These NFTs could be traded for plots of virtual land in an anticipated Bored Ape-themed online environment called Otherside. This was facilitated by the project’s associated cryptocurrency, ApeCoin. The NFT traded at a flat price of 305 ApeCoin, equal to about $5,800. In its initial statement, Yuga Labs did not indicate the distribution of the coin. It only stated that it would lock ApeCoin for a year.

How the crash on the Ethereum network occurred
The demand for the virtual plots was high as it overburdened the Ethereum blockchain. Ethereum is a critical layer of infrastructure for several cryptocurrency projects. They rely on the blockchain for their operations. As users scrambled to secure the Otherdeed of the plot, the gas fees on transactions on the ethereum network soared. The gas fees rise due to congestion on the network as every transaction requires more tokens. The transaction fee continuously increased as the cost reached about $2500 in fees only.

There is a user who successfully secured two Otherdeeds with a transaction fee of 5 ETH. This is over $14,000 in transaction fees alone. It is on top of the over $11,000 to purchase the plot of land. Other users reported a loss of thousands of dollars while attempting to secure the tokens. The network operates in that if a user does not have enough funds to complete a transaction, the transaction fails. There is no refund for the fees. Bloomberg reported that the fees associated with minting Otherdeeds reached $123 million after the launch. It required users to trade two ETH, which was significantly more than the cost of the plot deed.

Users who completed the transactions with the high fees could profit from the increase in the price of Yuga Labs’ latest token. In the short term, tokens that sold for at least $5500 are reselling at more than $11,000.

Unfortunately, users on the same network attempted to complete other cryptocurrency transactions concurrently. These users incurred outstanding losses. Crypto lists tracked the number of transactions involving NFT sales over that day. NFT sales at less than $600 with significant transaction fees of over $2500. There were transaction fee costs that were 100 times more than the value of the NFT. Over $100 million was spent on transaction fees in purchasing Otherside NFTs. Are you keen on buying some virtual land in Otherside? Give Coinbase a try, one of the best crypto platforms.

Yuga Labs’ apology to Ethereum users
Yuga Labs issued an apology by acknowledging responsibility for the Ethereum crash. It noted that it had been the largest NFT mint in history by several multiples with the gas use highlighting the demand beyond their expectations. ApeCoin requires to migrate to its chain to have a significant scale of growth. Yuga Labs encouraged the ApeCoin DAO to consider and explore this. It assured a refund of gas fees to users whose transactions did not go through due to the high demand. The company had initially planned to sell the plot deeds at a Dutch auction. It would reduce the price over time and decongest the Ethereum network. However, it abandoned the plan and limited the number of deeds per wallet.

There was another crisis in the NFT sale. Crypto Lists is aware of the phishing campaign on the company’s Instagram page that led to the theft of $3 million worth of NFTs. It was a hack revolving around the Otherside sale announcing free metaverse land.

The Ethereum crash cast doubt over whether Web 3.0 is suitable for the mainstream. The argument is that a comparatively small sale had encountered such challenges. It provides evidence that crypto may struggle to scale to the mainstream.

Dortmund football club to extend partnership with Coinbase?
Sunday, 22 Jan 2023 8:06 am
Coinbase is the official 'Premium Partner' for German football team Borussia Dortmund, and has been since July 2022. It was due to expire this coming June, but executives at the club have announced a possible extension, as long as the crypto market sees a continued upturn. The crypto platform is among the few in the sector to be registered with the German financial organization BaFin. At the German sports club, Coinbase provides education on crypto to the team's employees...
Read the full newsflash
Review: COINBASE APP

Coinbase cut their workforce by 1000 employees
Tuesday, 10 Jan 2023 12:26 pm
The American crypto site Coinbase (see our review) revealed before the stock market opening that they are cutting about 20% of their workforce, around 1000 people. The bear market in crypto is taking effect on stock listed crypto business, and their shares were down 2.1% before the market opening in New York. Keen on trading to support Coinbase? Sign-up here and support...
Read the full newsflash
Review: COINBASE APP

Coinbase CEO calls for centralized regulation, but not DeFi
Tuesday, 20 Dec 2022 9:14 am
Brian Armstrong of Coinbase has interestingly stated he thinks DeFi should not be regulated, however, that centralized exchanges should be under stronger scrutiny...
Read the full newsflash
Review: COINBASE APP

Avalanche enables Coinbase users to access DeFi quickly
Tuesday, 13 Dec 2022 2:15 pm
Are you a fan of DeFi, but want to use Coinbase as it's a highly reputable trading platform? Then you're in luck since Avalanche now gives you the ability to access DeFi super fast...
Read the full newsflash
Review: COINBASE APP AVALANCHE