Avalanche Blockchain is known for their low cost and fast transaction speed, similar to competitors such as XRP and Solana. The Avalanche chain is identical to Ethereum and the main usage if for dApps.


Many crypto enthusiasts recognize Avalanche's chain as identical to Ethereum's although it's an open-source platform that enables users to deploy and write smart contracts and create decentralized applications. But several aspects make it stand out from the rest of the competition such as customization, modular, secure and scalable and with high performance.

Avalanche was established by Ava Labs. Notably, the company is headed by Emin Gün Sirer, who is a top computer science professor at Cornell. During its ICO, it raised around $42 million in under five hours. Other notable participants in this network include participants from Ethereum Genesis and a venture company known as Andreessen Horowitz. When it comes to the management and general credentials, this blockchain ticks plenty of boxes. It has a solid purpose and has attracted a myriad of exciting projects. Most recently, it announced that it had partnered with Deloitte to enhance speed, accuracy and security. As a result, Deloitte is expected to operate a novel disaster relief platform on the Avalanche blockchain.

Avalanche is a quick and low cost blockchain.CryptoLists.com

Avalanche was established in 2020 as a blockchain that supports smart contracts, the development of decentralized applications, or DApps, custom blockchains and subnets. The project was put down on paper first in 2018 and was in development until the main net was launched on September 21st, 2020. Its creation marked the beginning of the internet of finance because it democratizes markets and links every chain platform together to form a single interoperable ecosystem. This blockchain is an open-source platform that connects the needs of developers to those of the users. With this blockchain, you can form new blockchains that operate on the rules of the developer. It's possible to develop new assets and code them to obey particular parameters as well as trading restrictions. Most importantly, the firm has turned the dream of scalable DApps and smart contracts into a reality. During its launch, Ava Labs claimed that its platform was the first one to support smart contracts and also carry out numerous transactions in just under a second.

Several features and characteristics offer Avalanche's unique functionalities. Here are some of them:

Regulatory compliance
This blockchain was designed with financial applications firmly in mind. As a result, it has incorporated regulatory compliance into its platform. Developers can make a subnet that requires the users to meet several requirements. These requirements include being located in particular nations, passing KYC (Know Your Client) checks and holding specific licenses. This new approach enables the creation of financial solutions that are more efficient and would not have been achieved otherwise.

Subnet incentives
With this blockchain, developers can design their subnets which can be used for several use cases. Developers can personalize the incentive schemes and chains – this helps to infinitely scale the number of validators. Every validator can opt-in into whichever subnet that they're interested in conducting validating services.

Athereum (Avalanche + Ethereum)
Athereum is a subnet that acts as a friendly fork to Ethereum using Avalanche's consensus engine. This enables the subnet to generate a higher throughput and instant finality. Developers of Athereum can use the complete suite of Ethereum's development tools such as MyEtherWallet, MetaMask, Web3js and many more.

What's more is when Ethereum is ported to Avalanche, every existing holder of Ethereum (ETH) will also get access to an equivalent amount of ATH. ATH is the native token of Athereum.

Creation of smart assets
This blockchain enables developers to develop digital smart assets easily and also receive support for easily trading those digital assets. This is typically performed through complex rulesets. The role of these rulesets is to handle the digital assets. The assets can be designed to signify actual physical assets like equities, real estate, bonds, gold, and a plethora of other types of assets.

+ It enables users to develop new blockchains effortlessly.
+ Network users can create digital smart assets and trade them easily.
+ They can be coded as non-fungible tokens (NFTs).
+ Avalanche tokens can represent financial instruments like stocks.

- Increased regulation on cryptos could impact its growth.
- Intense competition from an increasing number of smart contracts.


Avalanche blockchain is well known for having way lower transactions costs than Ethereum.


Avalanche's popularity has been increasing tremendously since it announced its partnership with the consulting firm, Deloitte. Towards the end of 2021, there was frustration among crypto traders and investors due to the increasing costs of using Ethereum.

Therefore, when Avalanche announced that it had partnered with Deloitte, many crypto users felt that the company possibly has the necessary ingredients to compete fiercely with Ethereum and other blockchains in the long run.

The Avalanche blockchain is often regarded as the best alternative to Ethereum since both of them have smart contract functionalities. Smart contracts are collections that execute sets of instructions on a particular blockchain. They are extremely important in running DeFi, NFTs and other applications.

But Avalanche's mission is to carry out quicker transactions per second and provide lower gas fees as compared to Ethereum.

How many transactions per second can be handled by Avalanche's blockchain?

It processes 4500 transactions per second (tps).

With more than $650 million in incentives, this chain is predicted to grow tremendously this year, according to some experts. Others believe that Solana blockchain, Terra or Cronos will be among the fastest growing blockchains in 2022.

What distinguishes AVAX from the rest of the competition?

Which unique factors are Avalanche blockchain built around?

Customization. With this platform, users have total control over how their smart contracts perform. They can determine who interacts with or views the DApps, who controls it, and which programming language or virtual machine it executes with.

High performance. This platform has a new set of protocols known as Snow Family. These protocols allow all the blocks on the chain to facilitate thousands of transactions every second. More so, it allows the chains to finalize transactions in seconds instead of hours.

Modular. This blockchain allows users to utilize its blocks to create a standardized chain that can be either private or public. These freshly-formed blockchains are interoperable and belong to the same chain network. Avalanche is a huge ecosystem of blockchains and it can be used to fulfill any need without any restrictions to the lowest common denominator in the system.

Secure and scalable. This blockchain employs the Proof of Stake (PoS) consensus mechanism to offer Sybil protection to its chain. The PoS mechanism offers thousands of validators a say in that system: thus, making sure that the system is robust, reliable and continues to be resistant to attacks.

AVAX is the native coin for Avalanche Network. It is therefore also worth reading more about that on the link below.

Since you are interested in the Avalanche Network, have a look at the related coins or some of the tokens available on this chain per below.

DeFi and environmental innovation continues for AVAX
Friday, 11 Nov 2022 2:52 pm
In exciting news for fans of the Avalanche blockchain, the network has announced another partner (GMX) to their Rush program. Avalanche Rush is a  liquidity mining initiative that brought the largest and most foundational DeFi protocols to Avalanche. The company has also announced a scheme with Bye Bye Plastic. The move will see them minimize single-use plastic from their upcoming events to solidify their status as a greener crypto firm. You can trade Avalanche's native coin AVAXon a decentralized exchange by signing up for Biswap here...
Read the full newsflash
AVAX AVALANCHE

Avalanche + Multiverse = $290M incentive
Tuesday, 2 Aug 2022 11:49 am
The Avalanche Foundation has launched its Multiverse accelerating the adoption of its subnet functionality. The $290 Million incentive program enables a prosperous ecosystem of scalable app-specific blockchains. The initial focus of the Avalanche network will be to support new ecosystems such as DeFi, NFTs, blockchain-enabled gaming, and institutional use cases. There will be DeFi kingdoms specific subnet with at least $15 Million of incentives in $AVAX and $CRYSTAL. Ava Labs is to collaborate with...
Read the full newsflash
AVALANCHE AVAX 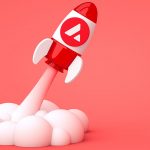