Toncoin was initally developed by the people behind Telegram with the name Gram. However, after various developments its forged its own path when Telegram abandoned the project due to disagreements with the SEC. Toncoin is different from other cryptocurrencies since it wasn't initially built atop another chain (or chains) like Ethereum was. Within The Open Netowork (TON - formerly Telegram Open Network) ecosystem, Toncoin can be put to several diverse uses.

What's your view on Toncoin today?


TON can be used as currency within The Open Network (TON) ecosystem. This coin is listed on various platforms and exchanges. However, its previous mother company faced issues with the U.S. Securities and Exchange Commission. This coin's name was changed from Gram to Toncoin, when its parent company, Telegram, left the ecosystem in the hands of digital currency enthusiasts. These two developers changed the name to The Open Network from its initial name Telegram Open Network. Read on to find out this coin's history, utility, advantages, and disadvantages.

A Bit About Toncoin

Private messenger service Telegram announced its intent to develop a public blockchain dubbed the Telegram Open Network in January 2018. In May 2020, Pavel Durov, CEO and founder of Telegram, said that the company would no longer support the Telegram Open Network due to disagreements with the U.S. Securities and Exchange Commission (SEC). Shortly after Telegram's public abandonment of the initiative, programmers Anatoliy Makosov and EmelyanenkoK created Newton, a network that would pursue the project using open-source standards. The team intended to keep working on the project until it was ready to launch, as outlined in the whitepaper Telegram produced at the venture's start. When the TON Foundation was established in May of 2021, the title of Newton was changed (TON now means The Open Network). Toncoin is now the new name for the blockchain's native crypto coin.

The utility token native to Telegram's blockchain on the Ethereum network!CryptoLists.com

You can use the Toncoin to pay for transactions, stake your coins to help secure the blockchain, direct the future of the network, and settle payments. There are currently 1,221,401,181 toncoins in circulation and a total supply of 5,000,000,000 toncoins.

Toncoin can be used to purchase various goods and services inside its ecosystem, including those provided by decentralized apps developed using the TON protocol. Similar situations frequently occur on other blockchain systems that enable the development of DApps, such as Ethereum and Avalanche.

Toncoin can also be used within TON's governance system to cast votes on proposed modifications and new features. By voting on proposed changes, users can influence the direction of this crypto coin. Toncoin is also used to pay validator fees on the network, as it is a proof of stake system.

+ Toncoin is listed on several platforms where you can trade it.
+ TON token's parent company has never been hacked.
+ Cheap to transact with across different platforms.
+ Producing Toncoin is environmentally friendly as it uses a POS consensus mechanism.
+ Its parent company offers fast transactions within the platform.

- Generally, cryptocurrencies are a risky investment, including Toncoin.
- The initial parent platform had previously had issues with the US SEC.
- This coin faces stiff competition from its counterparts like Ethereum and Bitcoin.
- The Open Network backing this coin is still relatively new compared to others.
- Its cap is relatively low compared to other coins in the market.


It's also quite cheap to use Toncoin (TON) for financial transactions. Increasing transaction fees over thousands of blockchains is a major problem for the cryptocurrency business. Toncoin's creators know this issue and have built the platform so that transactions cost less than $0.01. The charge for exchanging Toncoin is even less than 0.05 USD. The fees associated with using TON are extremely low in contrast to other blockchains.


Toncoin could become a major player in the cryptocurrency market. It has a firm footing thanks to its scalability, decentralization, and minimal transaction costs. Toncoin's expansion could be influenced by a variety of things, making it a risky investment, but the cryptocurrency market as a whole is in a constant state of flux. This native coin is likely to become increasingly prevalent over time, thanks to its rapidly developing network and a widening range of built-in capabilities inside its parent blockchain.

Some of the developers involved in Toncoin

▪ Rated at 9/10
The logos below represent some of the developers who have been involved in Toncoin. Check out the developer about page, by clicking the logo. There you can see what coins they have developed and at what exchanges, brokers and trading platforms their coins are available.

Who are the founders of Toncoin?

The Telegram team initially designed the blockchain infrastructure. It was conceptualized and designed by brothers Nikolai and Pavel Durov. Telegram's former CEO, Pavel Durov, left the company in 2020, and the project's future is now in the hands of crypto enthusiasts, creators Anatoliy Makosov and Kirill Emelianenko

When was the Toncoin created?

The messaging platform, Telegram first introduced this coin in 2018 as Gram but later, its name was changed to Toncoin after its name changed from Telegram Open Network to The Open Network.

Toncoin: Where to Buy?

As of the end of November 2022, the cryptocurrency is listed on a multitude of exchanges, some of which you can see below.

What is the quantity of Toncoins currently in circulation?

There is a total of 5 billion TON that can ever be created. However, only 1.22 billion Toncoins are in circulation.

The mining of these coins has been successfully completed. The coins were distributed via Giver smart contracts, making it possible for anybody to take part in the mining process up to June 28th, 2022. Every day, users extracted over 200000 Toncoin.

January 2018 - some details about the project were revealed in the form of a 23-page white paper and a 132-page technical report.

2019 - The Telegram Open Network was launched and 5 billion coins were minted. The ICO was held in July.

May 2020 - Telegram CEO and founder Pavel Durov announced that the firm would stop supporting the Telegram Open Network due to issues with the US SEC.

May 2021 - The Open Network Foundation was founded and the name of Newton was modified to reflect the new organization's mission. Coins were distributed through POW contracts.

Below you can see some more details about an NFT project which is related to Toncoin.

More sites where to buy/sell/trade Toncoin

Below you can see some other platforms, exchanges and/or brokers where you can buy, sell or trade this token. Click on the logo to read our review.

Since you are interested in Toncoin, you may also want to check out the coin(s) or token(s) below? 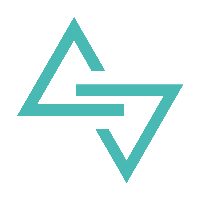 Telegram to build a crypto exchange and non-custodial wallet
Tuesday, 6 Dec 2022 1:08 pm
Telegram is set to further progress its footprint into the cryptocurrency industry after announcing plans to launch a non-custodial wallet and a decentralized crypto exchange. Telegram initially added support for crypto payments via the TON coin in April. In the announcement, Telegram's CEO and founder, Pavel Durov, stated that to avoid a recurrence of the FTX collapse, projects based on the blockchain should focus on decentralization. Users should utilize trustless transactions with non-custodial wallets without relying on a third party for secure trading and storage of crypto assets. Keen to trade Toncoin? Sign up for OKX now!...
Read the full newsflash
TON