NOTE: Customers from United States are not allowed to trade or register at this broker. We would recommend a different broker at our toplist here.

Hotbit crypto exchange was launched in 2017 and has grown to become one of the world's top three trading platforms by the number of cryptocurrency projects supporting over 2839 high-quality crypto coins and tokens such as Bitcoin and other altcoins for various transactional services. The cryptocurrency exchange has the necessary features to facilitate access to spot trading and ETF trading without leverage and over 500 trading pairs with fixed commissions below the market rate. The exchange provides over five investments solution, including DeFi coin deposits, lending, and POS staking. Users of Hotbit can access its simple and convenient trading terminal anywhere, anytime via mobile app on Android and iOS.


Want to try a cryptocurrency exchange that allows you to trade almost 3000 different coins and tokens? Have a look at Hotbit today!

›› Buy Crypto at Hotbit
›› Signup at Hotbit here
NOTE: Customers from United States are not allowed to register. Find another broker here.


One of the top three exchanges in the world for sheer number of cryptocurrency projects!

Hotbit was launched in 2017 and introduced extensive trading and investment functionality in 2018. The company is registered in Hong Kong and Estonia but based in Shanghai and Taipei. It offers spot and ETF trading for crypto-crypto and crypto-fiat currencies. The crypto exchange has listed over 2000 trading pairs and ranks first among the crypto exchanges concerning the number of cryptocurrency projects. Its pool of assets is consistently growing, which includes fiat currencies such as the US Dollar (USD), Russian Ruble (RUB), Turkish Lira (TRY), Indonesian Rupiah (IDR), Thai Baht (THB), Japanese Yen (JPY), Euro (EUR), and Taiwan Dollar (TWD). The exchange offers five investment options, including lending, deposits with DeFi coins, POS, and Quantitative and Incentive Plans.

The exchange company has accumulated over 700,000 registered users in over 210 countries. Hotbit does not provide services to certain countries, including the United States of America. Its exchange interface offers various languages, including English, German, Chinese, Thai, Korean, Turkish, Portuguese, Spanish, and Russian.

It became the first cryptocurrency exchange to provide daily current deposit interests to its users with no token lockup or freeze required. Interest distribution is in various currencies, including Bitcoin, Ethereum, DASH, ATOM, and others. The Hotbit company has partnered with reputable firms, including HashQuark, Spark Pool, Mytoken, F2pool, and Slow Mist. Visit Hotbit now!

+ Hotbit supports a huge amount of currencies and tokens.
+ The exchange supports several languages.
+ Hotbit charges low fixed commissions to its users.
+ It does not require KYC details to open an account.
+ Hotbit exchange is available on mobile via iOs and Android app.
+ It is available in over 210 countries with over 700,000 registered users.

- The Hotbit crypto exchange does not provide demo accounts.
- Hotbit does not support USD fiat currency deposits other than ePay.
- The exchange is yet to implement its referral program to users.
- Customer service support is not available via calls.
- It does not offer margin trading to its users.

The registration process for Hotbit is simple. You can register using your email address or your phone number. You visit the official page of Hotbit and click on "Register" at the top right corner which directs you to the registration page. The registration page requires you to input your email address after which you receive a confirmation email with a verification code. You can then input the verification code and a strong password to activate the process. Once you click " Register", it directs you to the login page and agree to the terms and conditions to create your account successfully.

Registration via phone requires your country code and phone number. You will also access an SMS verification code. You then input a strong password to activate the process. Click "Register" and it directs you to the login page to agree to the terms and conditions to create your account successfully. The Hotbit exchange requires users to input a 2-step factor authentication to secure their accounts. Hotbit has adopted the Google Authenticator and the Two-Factor Authentication with SMS Verification system for users to select their preferences.

The cryptocurrency exchange has no KYC requirements during registration as it has high-risk intuitively control systems. If these systems are triggered, Hotbit requires KYC details. Crypto Lists is aware that users without ID verification certification are limited to withdrawals of less than 10 BTC a day. Complete identity authentication also improves account security. It is essential to highlight that new users cannot withdraw their funds within 24 hours after registration.

Corporate accounts are not available on Hotbit.


Similar to other centralised exchanges, Hotbit users do not incur any deposit fee. It charges a withdrawal fee on all crypto depending on the network fees of the blockchain and various factors. The withdrawal fees are fixed regardless of the number of coins withdrawn. There is no specific cost of withdrawing from the exchange but they are generally affordable fees depending on the withdrawal currency. These include costs such as 2 USDT, 0.01 ETH, and 0.001 BTC. There are also restrictions on the minimum amount of withdrawal that varies with the asset. For example, when withdrawing Bitcoin, you can withdraw a minimum of BTC 0.002. Hotbit indicates regular updates of the withdrawal fee on its web page.

The Hotbit crypto exchange charges on all trading operations using the maker and taker model. Each has a different trading fee. Takers incur a 0.20% to 0.65% charge of the order value. Takers holding the exchange native token, HTB, can utilise the token in paying trade fees and incur lower costs.

▪ Rated at 7/10
Below you can see a list of the deposit methods available on Hotbit. Some of them may not be available in United States as it depends on regional regulation, but normally the most common payment methods are available across numerous countries.

HotBit supports various deposit and withdrawal methods, including ePay. Users incur a 1% transaction charge using this method. Hotbit currently only supports USD transfers via Epay. The exchange does not support wire transfers, credit cards, or debit cards for deposits. However, it allows an enormous range of crypto deposits. Read more about the deposit methods at Hotbit here.

▪ Rated at 8/10
The following platforms are supported by Hotbit:

Hotbit offers an easy-to-use interface with a convenient charting interface. Its charts are offered by TradingView for an intuitive and clear outlook to utilise advanced indicators and trading tools for optimal gain. Its advanced features are also available on its mobile application where users can access their accounts. 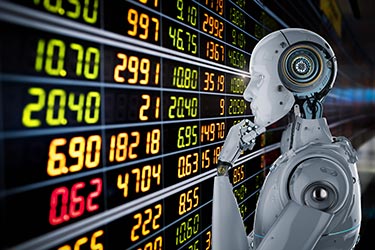 There are no options to copy established traders on this exchange. While there is also no autotrade option at present, it's something they may add in the future. Crypto Lists will update this review if and when that takes place.

The following languages are supported on Hotbit:


Hotbit provides 24/7 customer service that is prompt and addresses concerns and enquiries. There are several ways of contacting customer service with the common being its support ticketing system where users can submit their requests. You can also access support directly via Hotbit's official Chinese WeChat group, its official Chinese and English Telegram channels, its official Twitter account, and its Facebook account. Hotbit offers prompt, efficient, and effective customer support through all channels.

Where can I register for Hotbit?

The best way is to open an account here and if you have any further questions you can get in touch with their support directly.

Is the Hotbit crypto exchange safe?

Yes, Hotbit has partnered with top-level security companies to implement security measures such as a multi-level firewall to monitor system data for real-time processing, a cold wallet storage solution to protect customer funds, and 2 Factor authentication to increase user security.

How can I earn money on Hotbit?

Hotbit provides its users with at least five investment options. These include fixed deposit lending to earn interest and deposits with De-Fi coins which attract a higher interest due to the risk involved. Alternatively, users can stake their cryptocurrencies to earn interest. Users can also take up Quantitative and Incentive Plans and provide crypto for the development of blockchain projects and exchange operations to earn interest. However, users need to be aware that crypto is highly volatile and does not guarantee returns like any other investment.

Which languages does Hotbit support?

September 2019 - Hotbit's website claims its is only lower than that of Binance, OKX, Huobi and Gate.io.

Find the full list of instruments available to trade at Hotbit here. Hotbit is famed alongside Gate.io for having a very large range of pairings to choose from. You can see the complete list below.

Hotbit QR code
to scan with phone
›› Sign up at Hotbit here
NOTE: Customers from United States are not allowed to register. Find another broker here.

Livechat about Hotbit
Why not do like thousands before you
Do not hesitate to contact us if you have questions about Hotbit. Our experts are happy to answer your questions, help you find the right option or just point in the right direction.
Livechat ››
Email us ››
Review Quicklinks 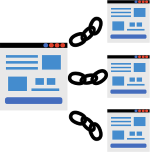 Did you know you can deposit with MoonPay on Hotbit?
Friday, 9 Dec 2022 1:53 pm
Moonpay is a fintech company that develops infrastructure supporting buying and selling cryptocurrencies. The marketplace enables a seamless conversion of fiat currencies and cryptocurrencies with reputable payment methods, including bank transfers, debit and credit cards, Samsung Play, Apple Pay, and Google Pay. Hotbit users get to enjoy the fintech company's services after the exchange launched it on its Buy Crypto Area...
Read the full newsflash
Review: HOTBIT MOONPAY