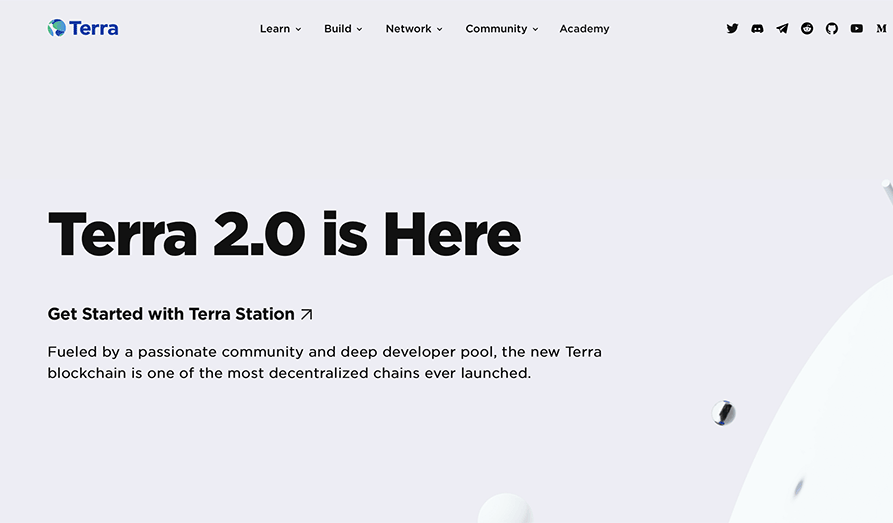 The much-anticipated LUNA 2.0 was launched yesterday, representing a way forward for the troubled Terra company.

As expected, the new LUNA caused chaos on the charts and in crypto lists, experiencing extreme volatility throughout the day. It moved between a high of $19.54 and a low of $3.63. It has not yet opened for trading on some of the largest exchanges, such as Binance, but Kucoin have it.

The previous version of LUNA, now rebranded as Luna Classic with the new LUNC ticker, remains active. It dropped over 20% following the launch of LUNA 2.0. Scalpers and gamblers may well continue to trade LUNC, but Terraform Labs CEO Do Kwon and his team have fully shifted their focus to their new blockchain.

The creation of the new Terra blockchain was decided following a governance vote last week, with 65.5% of votes in favour of Do Kwon’s proposal. It has now been more than two weeks since the previous Terra blockchain suffered a malicious attack, leading to the de-pegging of its algorithmic stablecoin UST and the subsequent chaotic drop of the LUNA token. The new blockchain has totally abandoned UST, and aims to focus on rebuilding the Terra landscape.

Description: What do you know about the new Luna 2.0? See live prices here.

The new blockchain has been considered a controversial decision. Many investors were outspoken on Twitter, demanding a massive burn to restore LUNA to its previous glory. The token had dropped from an ATH of $120 to a fraction of a cent. Its algorithmic mechanism meant that, following UST’s de-pegging, new LUNA was continually minted, leading to hyperinflation. In the days following the attack, the coin’s total supply went from 346 million to 6.5 trillion.

Holders of LUNA and UST found their investments effectively worthless, with about $40 billion worth of value wiped out. People holding before the crash were airdropped new tokens, now worth far less. Those who bought after the crash were also entitled to a smaller airdrop, as Terraform Labs try to rebuild their all-important community. These airdrops likely contributed to the new LUNA’s first-day collapse, as disgruntled former holders attempted to salvage some of their investment. As well as the airdrop, these former holders will receive more tokens over time, following a vesting schedule that may lead to more volatility as the new blockchain finds its feet.

Many projects that had been built on the original Terra blockchain announced their loyalty, and joined the migration to Terra 2.0. However, some rivals saw LUNA’s collapse as an opportunity. Ryan Wyatt, CEO of Polygon Studios, announced a multi-million dollar fund to help Terra projects migrate onto the Polygon blockchain.

The prices of high-profile Terra tokens remain extremely volatile: ANC, the token of the lending platform Anchor Protocol, dropped from a pre-cash $2.30 to less than 2c, and is currently trading at around 27c. Mirror Protocol’s token, MIR, has also experienced volatility following the crash, moving from 19c to a local high of 63c, before dropping once more to 30c. These tokens, as well as others built on the Terra blockchain, are being watched closely on many people’s crypto lists now, due to their dramatic price swings.

The future is not set

The future of LUNA 2.0 remains to be seen. The dust has not yet settled. To succeed, Terra will need to rebuild investors’ trust, as well as developing new projects on its fledgling blockchain. With the new blockchain less than 48 hours old, its future is up in the air. Meanwhile, Terraform Labs continues to face the threat of legal action. Five South Korean investors have filed a lawsuit against Do Kwon. The story of the Terra crash is far from over, and crypto enthusiasts around the world continue to watch as it unfolds.