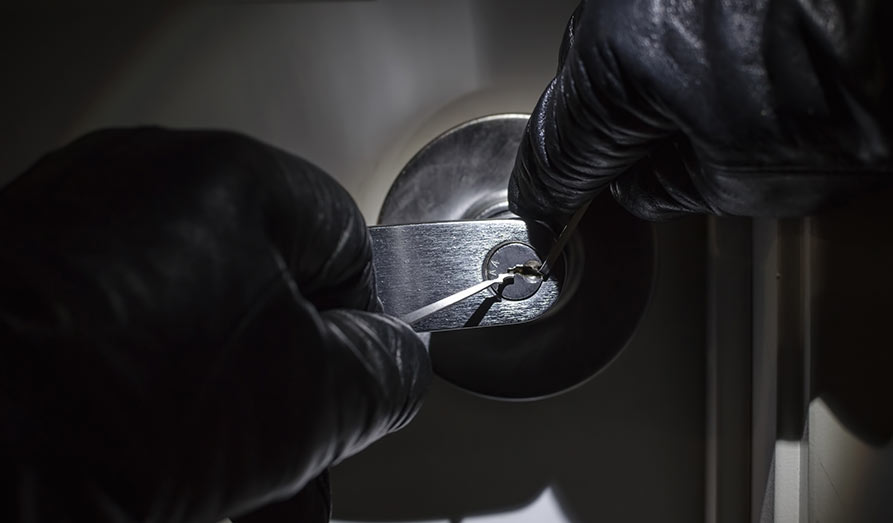 In the wake of the unfortunate event of LUNA’s tragic price drop, Do Kwon’s house was invaded by an alleged investor. This news comes after numerous traders were left aggrieved by the crash of TerraUSD and Terra’s LUNA, while UST didn’t manage to keep the dollar peg.

According to a police report, an unknown person went to Kwon’s home in Seongsu-dong, Seoul South Korea and rang the doorbell. Do Kwon wasn’t in the house at the time of the invasion, so the spouse answered, and the invader questioned her about her husband’s whereabouts. After getting a negative response from Kwon’s wife, the invader left the residence. His actions raised suspicions that the unprecedented visit could have an ulterior motive.

Worried about her husband, Kwon’s spouse filled a report asking the police to provide them with immediate protection soon after the invader went into the residence. A police officer in charge of the investigation stated that they would review extra measures as the investigation continued.

The invader was soon arrested by the Seoul Police Division and was confirmed as a LUNA investor who lost about close to three billion Won, which is approximately 2.3 million dollars. His identity was, however, withheld.

The Motive of the Home Invasion

After questioning by the police, the invader revealed his motive and said that he wanted the Terra CEO to take full responsibility for Terra’s downfall, which has caused investors to lose quite a lot of money. The bitter investor used to run an internet-based broadcasting channel and addressed Kwon via reporters, stating that numerous investors committed suicide after losing their investment due to the crash.

He also called upon Kwon urging him to make a public apology addressing the more than 200 000 investors who lost money. Previously, Do Kwon issued an apology on Twitter, stating that he is heartbroken about how his innovation has caused public suffering. His tweet went on to reveal that Kwon had spent hours talking to investors who were devastated by UST depegging.

I am heartbroken about the pain my invention has brought on all of you.

The Aftermath or LUNA Tremendous Loss

LUNA suffered one of the major losses in the history of cryptocurrencies, as stated in Crypto lists. Previously, it ranked as the eighth largest crypto by market capitalization. After the downfall, it fell all the way to number 1070. Its price dropped to $0.00000009 resulting in incredible losses for investors.

Description: Do you know the latest price for LUNA? See our recent news and updates here.

This invasion didn’t surprise many people, as there are reports of worse results of this crypto bloodbath.

This financial massacre didn’t just leave thousands of investors with millions of losses. Many investors, particularly those who invested in Terra (LUNA), have recently seen their savings and investments diminish and have suffered irreversible losses. Extreme fear and uncertainty now dominate the crypto money market in light of these occurrences, especially in the recent deep that saw a drop of about 20% across most cryptos. Some investors have been reported to be attempting or contemplating suicide due to their enormous losses in recent times.

Tragically, reports detailing how investors who had devoted large sums of money to the project reported committing suicide. Other investors were forced to go into hiding as lenders attempted to confront them furiously. In their homes, those who were in their homes had friends banging on their doors while demanding answers and retribution.

Suicide Is Not An Option

Based on recent tragic developments in the crypto industry Shiba Inu’s lead developer urged LUNA and other crypto investors that they shouldn’t think of suicide as an option. Satoshi Kusama, the lead developer of Shiba Inu, added to his statement urging LUNA investors to remain strong regardless of the ongoing massive drop in crypto’s value.

He went on to share some interesting details about his life, saying that he had been through some extremely difficult moments in life and spiraled into an extremely dark stage that provoked him to contemplate and attempt committing suicide on several occasions. He added, saying that he’s thankful that all attempts bore no fruit, and now he lives on to tell people of his plight with suicidal thoughts and attempts.

Satoshi Kusama, the pseudonymous Shiba Inu founder, reckons that maybe he has a great purpose in life, which is why all attempts to take his own life failed. He also urged investors not to give up since cryptocurrencies are here to stay.

Terra aiming to bounce back with exciting proposal
Tuesday, 18 Oct 2022 4:33 pm
After the collapse of the Terra ecosystem earlier this year, the company have announced proposals to take their Luna 2.0 coin and blockchain to the next level. They shared the upcoming protocol on Twitter, outlining a four-year program with three primary objectives: incentivizing developers to build on Terra, deepening liquidity on Terra and onboarding users to Terra. Not begun trading? Buy Luna 2.0 from Crypto.com here!...
Read the full newsflash
LUNA TERRA

A moon-day for crypto - Luna goes up 95%
Tuesday, 31 May 2022 12:04 am
It's been a really positive day for cryptocurrencies again. Luna 2.0 is up 95% today, while Terra classic up up 17%. Other coins such as the fitness related cryptocurrency called STEPN is up 17%, while Bitcoin is up 7.6%, ETH is up 9%, Waves shows a 67% gain and ApeCoin goes up 16%. What are you trading today? Try with or without leverage at fantastic eToro today, one of the most...
Read the full newsflash
LUNA STEPN

New Luna (2.0) is Live: Up 1000%
Saturday, 28 May 2022 2:45 pm
The new version of Luna 2.0 is now live with the same ticker as the old one (LUNA). While the new LUNA is up 1000%, the old Luna Classic (LUNC) is down 48% today. It seems like many old Luna classic owners are selling off their stake, dragging the price down. Meanwhile, people are getting into the new LUNA, even if it's going to be volatile in the coming days. You can try trading with out favourite Kucoin here!...
Read the full newsflash
LUNA

Terra (LUNA) testing 0.02 level; Vote likely to pass
Thursday, 12 May 2022 3:24 pm
The new version of Luna 2.0 is now live with the same ticker as the old one (LUNA). While the new LUNA is up 1000%, the old Luna Classic (LUNC) is down 48% today. It seems like many old Luna classic owners are selling off their stake, dragging the price down. Meanwhile, people are getting into the new LUNA, even if it's going to be volatile in the coming days. You can try trading with out favourite Kucoin here!...
Read the full newsflash
TERRA LUNA