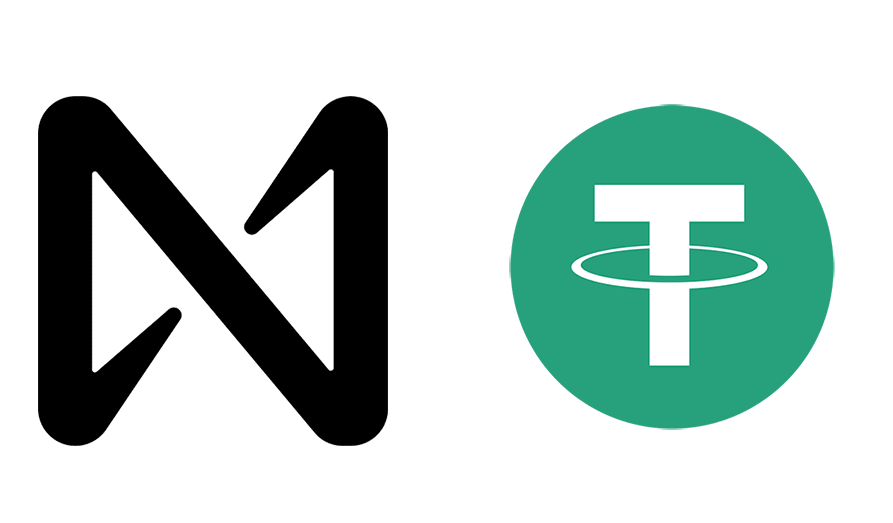 Tether has just launched USDT pegged to the USD on Near Blockchain. That makes this the 13th blockchain to support the first major stablecoin. Other blockchains that already support the token include Bitcoin, Ethereum, Tron, Solana and OMG Network to name a few.

Since USDT is available on many blockchains, the coin is easy to integrate and adopt. According to Paolo Ardoino, CTO of Tether, the NEAR ecosystem has been growing rapidly, and adding USDT coins to the network will boost the development of the blockchain. You can read more about each blockchain on Crypto Lists.

USDT is now live on Near network

Since the token is now live on Near Blockchain, users of this network will be able to move the stablecoins in and out of the ecosystem with ease. Near is primarily meant to support the development of dApps, and there are currently more than 700 projects running on the network. It handles over 300,000 transactions per day and is shaping up to be an essential protocol for the adoption of Web3.

Since USDT is meant to hold a value of $1 at all times, it will alleviate the effects of market volatility among users of the Near Protocol. At the same time, users of the network will enjoy high levels of scalability which is crucial for the fast growing crypto market.

Where do people trade USDT now?

The biggest share of the stablecoin is issued on Tron and Ethereum blockchains. According to Tether Transparency, these two blockchains currently account for more than 95% of all USDT tokens. Why those two, you might ask? Well, Ethereum is the biggest network in terms of daily transactions for different tokens and Tron got the lowest transfer fees. That is why so many currently use Tron. Since Near also have very low fees, part of the new USDT transactions will likely take place on the Near protocol.

It is interesting to note that the token was initially launched on Bitcoin via the Omni Layer protocol. This protocol allows for the building and trading of digital assets on the Bitcoin network. The current circulating supply of Tether is a little over 67.8 billion. Since the token is pegged to the USD, it does not have a maximum supply. The company can issue more tokens as long as they have actual assets to back the cryptocurrencies. Issuance of the tokens is theoretically backed by the company’s policies.

Description: Trade over 200 cryptocurrencies on Kraken against USDT or 7 major currencies. Sign up for Kraken today!

The recent collapse of the Terra ecosystem led to increased concerns about the safety of stablecoins. Tether is currently the third-largest cryptocurrency by market cap, after Bitcoin and Ethereum. It is also the largest stablecoin and has held this position for many years. With USDT, individuals have always been able to redeem their tokens for actual US dollars. Even in times of market chaos, the company has been able to pay out US dollars for the tokens without causing a serious change in the price of the token.

One thing that makes this token safe is the fact that the company provides regular accounting reports to prove that the token is backed by actual assets. These assets include cash, bank deposits, certificates of deposit, commercial paper, US treasury bills, money market funds, and non-US treasury bills.

Tether issues several other stablecoins apart from USDT, and these are pegged to other fiat currencies.

Near blockchain is a layer-1 blockchain network that is used for the development of dApps. It was created with a focus on scalability and environmental friendliness. Since it uses sharding technology, it is infinitely scalable in the long run, and this makes it essential in the widespread adoption of Web3 and blockchain technology.

Description: Discover where you can trade Tether for low transaction costs on trusted crypto sites.

It validates transactions using the proof of stake method. This consumes a lot less energy compared to the proof of work mechanism. It is worth noting that the company behind Near blockchain works on other projects to further lower their net carbon emissions. Any payments made through the Near protocol are finalized almost instantly. Like Bitcoin and other blockchains, it records all transactions on a public ledger that cannot be altered.

Tether transactions volume outpaces both Visa and Mastercard
Sunday, 15 Jan 2023 4:01 pm
The biggest stablecoin in the world, Tether (UDST), has surprised many in the traditional finance space by outpacing both Mastercard and Visa when it comes to sheer volume of transactions settled. 2022 saw Tether process $18.2tn, with Mastercard and Visa weighing in at $14.1tn and $7.7tn respectively. Want to enter the crypto marker with a fiat-backed stablecoin? You can't go far wrong with USDT. Buy it by signing up for MEXC Global now!
USDT Toplist: STABLECOINS VISA MASTERCARD

USDT and other stablecoins begin to settle
Friday, 11 Nov 2022 4:43 am
Due to the commotion with FTX, lots of stablecoins depegged slightly, but the volatility seems to have settled somewhat. Markets have recovered slightly since the events of Tuesday and Wednesday, with a 5% gain in market cap overall.Time will tell whether we're set for another fluctuation. USDT and others remain good options for those wishing to wait to enter the market when prices are suitably low. If you want to begin your journey into crypto, you can Sign up for eToro here...
Read the full newsflash
USDT Toplist: STABLECOINS