This protocol was developed with a focus on scalability and environmental friendliness. The network supports sharding, and it aims at being infinitely scalable in the long run. Like other newer blockchains, it uses the proof-of-stake method to validate transactions. This method does not consume as much energy as PoW, which makes it great for the environment. Also, the company behind the project works with a climate solutions organization to ensure that it is carbon neutral.


Near blockchain is still fairly new in the crypto world, so it is yet to become as popular as Solana and similar protocols. However, its environment friendly nature is likely to create more interest in crypto enthusiasts and investors. Payments made on this network are also completed almost instantly, and this can be extremely important to crypto users.

Briefly about Near Protocol

This protocol was founded by Alexander Skidanov and Ilya Polosukhin, and both of them previously had prominent jobs in the tech sector. Although the team started working on the project in 2018, they wouldn’t release it until 2020. The network is focused on lowering the environmental damage caused by cryptocurrencies by making its operations carbon neutral.

With high speeds, low fees, and progressive UX, Near protocol is ready for a climate-neutral future.CryptoLists.com

Like other blockchains, this one uses a public ledger to record transactions. That means everyone can see past transactions on the blockchain, and these cannot be reversed or altered. The main difference between this network and Ethereum is the fact that it uses the Proof of Stake method. In fact, Near blockchain has taken steps to ensure that it ends up becoming carbon neutral.

Utility of Near Protocol?

You can use this blockchain to develop NFTs or other tokens. Traders and crypto investors also appreciate this protocol since it charges very low transaction fees and processes transactions almost instantly. Since it is highly scalable, users shouldn’t expect any network lags.


Advantages at Near Protocol

+ Near Protocol uses advanced sharding technology.
+ The Near Network charges extremely low transaction fees.
+ It is interoperable with other blockchain networks.
+ A proof-of-stake blockchain network for a climate-neutral future.

- Near blockchain has to compete with several established blockchains.
- It isn’t very decentralized as validators can vote on changes.
- It isn’t clear how the initial token distribution was decided.


This protocol charges a fee of about 1% of the supply of the token, and this always amounts to less than 1 NEAR token. The fees are fairly consistent, but you should note that they have to be paid in the native token of the blockchain. Any changes in the price of the token will affect the amount you have to pay in transaction fees. While the fees are recalculated for every new block, the developers designed the network to cap the changes at 1% for each block.


Although this is a scalable and climate neutral product, it has faced stiff competition from several other blockchains. This has prevented it from growing as fast. However, most users of the protocol appreciate its innovative nature and are hopeful that it will keep growing. The protocol was founded in 2018 and currently has more than 380,000 followers on Twitter. While people are generally positive about the project, they have noted that it is not very decentralized.

Some of the developers involved in Near Protocol

▪ Rated at 9/10
The logos below represent some of the developers who have been involved in Near Protocol. Check out the developer about page, by clicking the logo. There you can see what coins they have developed and at what exchanges, brokers and trading platforms their coins are available.

Who created Near Blockchain?

This protocol was developed by Alexander Skidanov, who was a former employee of Microsoft. Illia Polosukhin also played a major role in the development of the blockchain. Illia previously worked at Google AI.

Is Near Blockchain proof of stake?

Yes, as a carbon neutral protocol, this network uses the proof of stake validation method. It is important to note that environmental pollution is one of the biggest issues in the crypto world.

Will Near Blockchain overtake Ethereum?

Although Near blockchain has many benefits, it is unlikely to overtake Ethereum. The latter is well established and trusted in the crypto community, and past trends indicate that people don’t easily move to new networks.

What is Near blockchain doing to be carbon neutral?

In addition to using the proof of stake validation method, this company works with South Pole, a global climate solutions provider, to assess its carbon footprint. South Pole helps the company lower its carbon footprint wherever possible and also helps with the compensation of the remaining exhaust.


Screenshots from Near Protocol

Native crypto coin for this blockchain? Learn more about Near Coin (NEAR)

NEAR is the native coin for Near Protocol. It is therefore also worth reading more about that on the link below.

Coins & Tokens on the Near Protocol Blockchain

Since you are interested in the Near Protocol, have a look at the related coins or some of the tokens available on this chain per below.

New Loyalty Program With Near Blockchain
Thursday, 1 Dec 2022 6:30 pm
The Colombian food giant Grupo Nutresa is choosing Near Network for their loyalty program. The goal is to reach at least 1 million users before the end of 2023. The goal with the program is to get all customers in one network and one account, while giving great insights for the Nutresa group
NEAR

Hacker steals $3m from NEAR launchpad project
Thursday, 3 Nov 2022 2:02 pm
In concerning news, Skyward Finance - a project on the NEAR blockchain - has been hacked for three million dollars by an anonymous cybercriminal. The team at Skyward explained that the "Skyward Treasury has been drained through a contract exploit." In a single transaction, the fraudster obtained more than 1.1 million wrapped NEAR tokens. Although crypto hacks seem to be on the increase, that's to be expected in an industry on the rise and gaining mainstream traction. Start your crypto journey on MEXC Global here. ...
Read the full newsflash
NEAR NEAR

The NEAR ecosystem gets new South Korean Web3 hub
Thursday, 3 Nov 2022 8:36 am
Have you heard? The NEAR network is opening a brand new office in the South Korean capital of Seoul. With a focus on helping business move to the decentralized, blockchain-focused Web 3.0, the NEAR Foundation said the regional hub will be dedicated to innovation, business development, education, and talent throughout the country. Korea has one of the most established Web3 ecosystems in Asia and is one of the most active cryptocurrency economies in the world. Have you started your crypto journey yet? Get involved by signing up for Crypto.com here!...
Read the full newsflash
NEAR NEAR

USN Gets $40M Bail Out Fund from Near Foundation
Wednesday, 26 Oct 2022 1:16 pm
The Near Foundation decided to set-up a $40 million potential bail out fund for USN, their own stablecoin. Yesterday, Near halted the minting of USN due to 40 million undercollateralization. The new fund will be based on wrapped Tether. The new USN protection program tries to cover undercollateralization problem, which according to Near Network is not related to...
Read the full newsflash
NEAR USN NEAR

Near Foundation Anounce Collaboration With Google Cloud
Wednesday, 5 Oct 2022 2:31 pm
Near Foundation that is behind the Near blockchain and NEAR coin are collaborating up with Google Cloud, 9 months after the Google Cloud asset team was launched. It means that Google Cloud will be providing technical support for NEAR grantees, when scaling and developing their Web3 projects and dApps. Illia Polosukhin, the co-founder of Near, was an engineering manager for Google research between 2014 and 2017. At Google, he was...
Read the full newsflash
NEAR NEAR 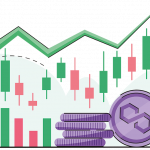 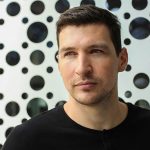 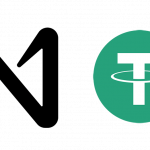 Tether (USDT) Goes Live on 13th Blockchain, Near
5 month(s) ago 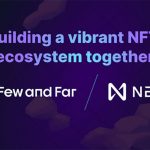