The Ongoing Growth of the Polygon and NEAR Networks 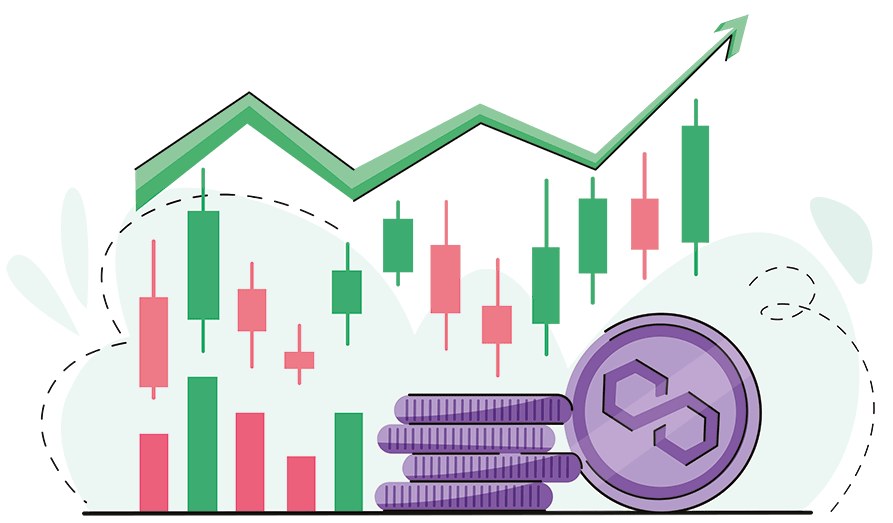 Below we address the ongoing rise of both Polygon and NEAR and how this looks going forward.

What’s happening with the Polygon blockhain and MATIC?

In its most recent round of partnerships, the Polygon blockchain is yet to confirm if its major innovation can have a beneficial influence on the status of the Polygon (MATIC) coin, even though such partnerships may further enhance the condition of crypto acceptance.

Stakeholder demographics were one of the only domains outside of cooperation where Polygon saw progress. The quantity of stakers in the Polygon network increased by 5.34% in the previous 30 days, as per Staking Rewards. However, the revenue produced by the stakers experienced a dramatic fall. The income dropped sharply last month by a staggering 39.13%. Furthermore, Polygon will find it challenging to maintain the expansion of the stakeholder base if the income keeps dropping.

An ideal moment for the coin?

Another encouraging development was the enormous increase in network expansion that Polygon noticed. Over the last month, a considerable increase in Polygon’s network size shows that further fresh addresses were transmitting their MATIC coins for the first time. The rise in the of daily user addresses over the previous 30 days would be evidence of the Polygon network’s high activity rate. This boost in the number of active accounts addresses might foreshadow future development.

Despite Polygon’s increased activity, its volume stayed unstable and had significant swings throughout the previous month. Also significantly declining was Polygon’s Market Value to Realized Value (MVRV) ratio, which can be seen as an unfavorable sign.
Regardless of the increasing number of partnerships and everyday activity on the blockchain, MATIC was a sufferer of the bear market. Additionally, its volatility decreased, indicating that purchasing Polygon would be a far less hazardous option for investors.

A snapshot of the the NEAR protocol

When it comes to active users, NEAR protocol has seen a significant uptick. The Sweat Economy, a move-to-earn application similar to STEPN, may cause this increase. On October 15, Messari, a well-known cryptocurrency analytics company, tweeted that the NEAR platform’s daily active user count had sharply increased. Additionally, with “Sweat Economy,” the NEAR protocol surpassed several of its rivals.

The growth of the network

Over the previous few days, the platform’s staker population has also increased significantly. The NEARCON 2022 event in Lisbon, which presented the finest of the NEAR network and community, showed that there are currently 20 million members, twice the 10 million member count in July this year. Sweat Economy brought 14 million new customers to the Near Network through its own move-to-earn application. After experiencing a decline on October 12, the number of stakers increased by 0.48% over the previous week.
The data supplied by Staking Rewards shows that the staker revenue has consistently increased. Additionally, the potential revenue from betting NEAR risen by 9.76% in 2022.

The growing staker revenue may be responsible for the stakers’ enthusiasm. Nevertheless, the increase in development activities may have increased interest among investors and traders. NEAR’s development activity increased dramatically over the previous month, indicating that the NEAR protocol team may be working on fresh improvements and enhancements.

This increase in development activity may also push traders to buy NEAR on long. But before they decide, they should consider the weighted mood of NEAR. Over the recent days, the weighted attitude against the NEAR procedure has decreased. This suggests that the general public’s opinion of NEAR may be somewhat unfavorable.

Description: Want to get involved with Matic and Near? Head to Crypto.com, the ideal platform for both beginners and experts!

In a nutshell, any sudden change in the market can cause a significant change in the cryptocurrency world and both Polygon and NEAR are no different. We’re in a bear market after all, so sudden upswings are always a welcome surprise. Keep following Crypto Lists for more news regarding exchanges, platforms, DEXs, and more.

Crypto.com to partner with a premium culinary event
Monday, 28 Nov 2022 10:53 am
Crypto.com is partnering with the world's best restaurant selection, La Liste, as the pioneer official Web 3.0 partner of the La Liste Gala Presentation on its 7th edition. The gala unites the reputable chefs at the Quai d’Orsay, Ministry of Foreign Affairs, in Paris, France on 28th November. The annual gala recognizes the diversity of chefs and restaurants that inspire the food industry. Crypto.com explores La Liste's global reach in over 200 countries to create awareness of Web 3 benefits to the food industry and advance culture and connection. The partnership shall yield innovative content that is crypto-focused. Like what you see? Sign up for Crypto.c...
Read the full newsflash
Review: CRYPTOCOM Review: CRYPTOCOM EXCHANGE

Crypto turbulence continues: Crypto.com, Gate IO & Mario
Sunday, 13 Nov 2022 2:41 pm
It seems like it's going to get worse for crypto before it gets better. Yesterday, what Crypto Lists expects will be an important voice - Mario Nawfal (Twitter) - went to Bahamas. He's a cryptocurrency investor and runs IBC Group, hosting RoundtableSpace among other projects. After rumours that Sam from FTX fled to Argentina in his private jet, Mario went to his compound in Bahamas and found our that he was still there. Mario got his talkshow aka roundtable, that Elon Musk visited yesterday and appreciated his "citizen journalism". Crypto.com sent 300 000 ETH to a corporate cold wallet at Gate.io. This created a lot of FUD on Twitter. Update: Kris from Crypto.com went out and confirmed that ETH was moved to a cold storage. The CRO token fell quite a bit early on Sunday and might have some volatile days ahead. People are speculating about what's going on with 100's of crypto sites with links to FTX...
Read the full newsflash
Review: CRYPTOCOM CRO