Will San Francisco Be the United States’ First ‘Crypto City’?

Latest Crypto News Opinion US
by Our Certified Author 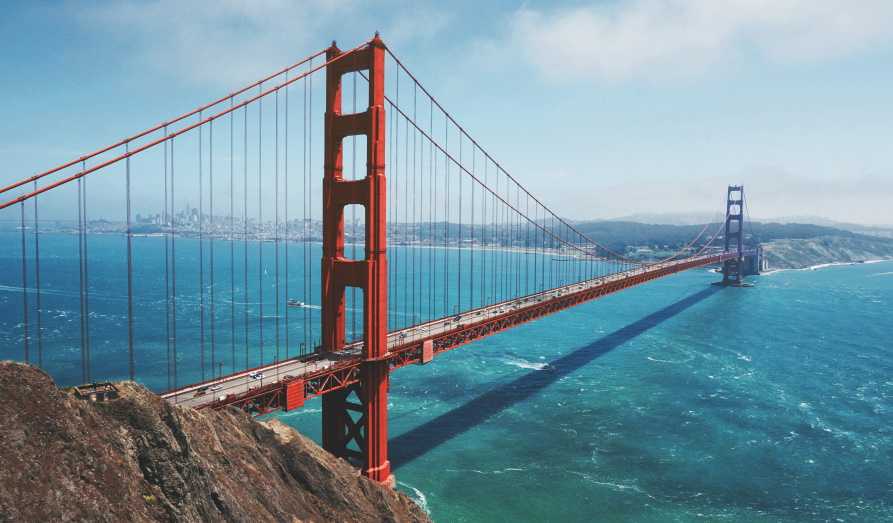 Today Crypto Lists takes a look at one of the most famous cities in the tech space. That’s right: San Francisco. The home of Silicon Valley and the birthplace of many of the apps, hardware, and software we all know as household names.

But how has it embraced crypto? Or perhaps more accurately, how will it embrace crypto now that mass adoption seems inevitable?

It’s a city in the United States of America with a population of about 887,711. It was founded in 1776 and the predominant language is English. The Bay area is famous for its iconic cable cars, views from the Golden Gate Bridge, and the highly discussed Silicon Valley. The Silicon Valley television series and the tech hub (and it’s 1980s heavy metal scene!) have put the city on the map.

The tech hub status of the city is known to several tech gurus even before the emergence of the revolutionary cryptocurrency in 2008. The Bay area hosted one of the initial Bitcoin conferences. In June 2013, San Jose welcomed the now well-known Coinbase Chief Executive Officer, Brian Armstrong, and Bitcoin educator, Andreas Antonopoulos. They were speaking to crypto enthusiasts during a period the crypto industry was kooky and brand new.

The Crypto Culture in the City

Several other crypto personalities have graced the city. January 2013 had Ryan Singer and Jered Kenna organising one of the earliest Bitcoin conferences in the Bay Arena. During the conference, they proposed setting aside each first Tuesday of the month to converse over what is now the world’s most well-known digital asset. Ryan eventually co-founded the Chia network while Jered became the CEO of the Tradehill exchange. What is more fascinating is that among the attendees were: Litecoin founder, Charlie Lee, Ripple Labs co-founder Jed McCaleb, Kraken CEO Jesse Powell, and Coinbase’s Fred Ehrsam and Brian Armstrong. In a 2021 interview, Armstrong revealed that several cypherpunks attended the early Bitcoin meetups.

California state is considered a predominantly Democratic state despite having many conservative voters. The state has witnessed both pro-crypto and anti-crypto as the industry evolved. The Fair Political Practices Commission of California lifted an initial ban imposed in 2018 restricting state and local office candidates from accepting crypto donations. Sydney Kamlager, the California Senator, proposed a bill in February this year in amending the state code to accept crypto for particular payments. In May, Governor Gavin Newsom declared the signature of an executive order for formulating a regulatory framework for blockchain between the United States government and the state. It would also encourage innovation in the industry. This followed the executive order from the President on digital assets.

Crypto Projects from the Bay Area and Silicon Valley

Several tech firms started and are hosted by San Francisco. Three of the four big tech firms include Meta, Twitter, and blockchain-focused payments firm Block. Visa, Cash app, and PayPal also have their headquarters in the city.

Additionally, several crypto projects began in the city. The San Francisco crypto city developed primarily due to the significant disposition of talent. This is evident from Coinbase CEO, Brian Armstrong, welcoming guests at one of the first Bitcoin conferences all the way to the city hosting several crypto firms’ headquarters.

An impressive collection for sure! San Francisco’s 20Mission launched one of the earliest retail stores accepting Bitcoin. The retail store, Nakamoto’s electronics, opened in 2015. Other crypto-related startups also began in the city. These include Tradehill, Piper Wallet, Block-Chain.info, 37Coins, and Purse.io.

Crypto Education in the Californian City

San Francisco State University has the blockchain boot camp after collaborating with Ripple Labs and the Warsaw University of Technology. The boot camp facilitates students to develop blockchain-based solutions. There are also blockchain innovation hubs and blockchain conferences.

Blockchain startups have empowered the argument of decentralization and finding success away from the Silicon Valley bubble. Firms are seeking looser regulations and strong financial ties. Although these trends show there is no clear pacesetter as the capital of blockchain, but a case is certainly being put forward for a San Francisco crypto city.