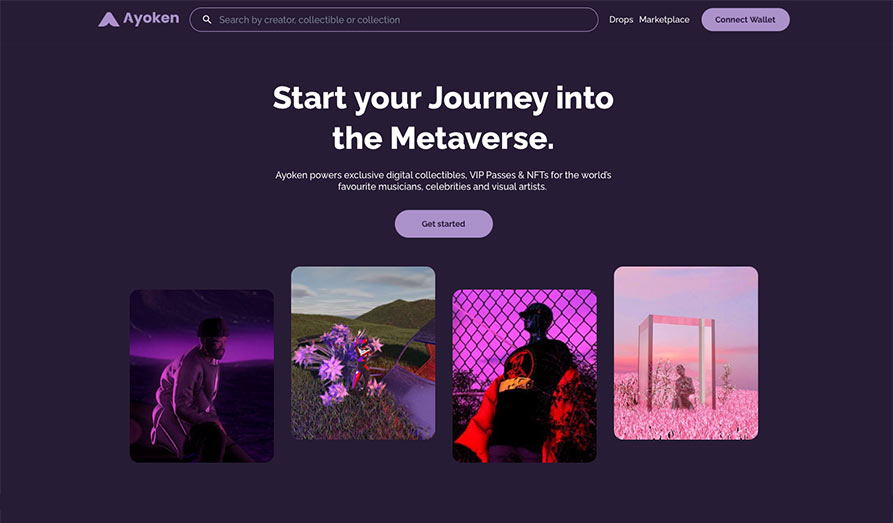 Ayoken, an NFT marketplace for transitioning the world’s biggest creatives to the metaverse, has secured a $1.4 Million pre-seed funding. The funds will enable its users to expand their revenue streams via digital collectibles. The highly developing startup will utilise its marketplace, AyokenLabs, to highlight digital collectibles from musicians, influencers, and sports brands globally.

What the $1.4 M funding means for AyokenLabs NFT marketplace

In an interview with TechCrunch, Ayoken’s Founder and CEO, Joshua King, identified the AyokenLabs marketplace as a bridge to connect fans and artists. The ultimate relationship between fans and artists is to have fans and supporters associate with an artist’s success. They ought to have a sense of ownership towards such success.

Joshua King mentions that the AyokenLabs NFT marketplace provides fans access to tokens facilitating exclusive access to content. It includes behind the scene videos and album art. Its NFT holders benefit further from access to artists’ music that is yet to release. Creatives on the marketplace will also offer NFT holders access to exclusive live events. King highlights that there are VIP passes for fans to be able to live stream this music before its release to music platforms such as YouTube, Spotify, and Apple Music. The artists’ fans shall obtain discounts for upcoming events as well.

Ayoken’s Founder and CEO, Joshua King, has over 14 years of experience in strategy, growth and innovation consultancy, and entrepreneurship. During this period, King has been involved in the scaling of AZA (Bitpesa). It is a platform based in Nairobi, Kenya, leveraging Bitcoin to enable cross-border remittances. During his involvement in AZA (Bitpesa), King received an introduction to crypto and blockchain technology.

King mentions that Ayoken will release NFTs of popular African artists and global artists from various parts of the world. The startup, its headquarters in London, United Kingdom, unveiled that they are to have their first NFT drop in partnership with one of Africa’s popular musicians. The startup has partnered with Ghanaian Afrobeats artist Dennis Nana Dwamena, who goes by the stage name KiDi for his first NFT drop. The drop occurs on the first day of June this year which has his fans excited to have exclusive first access on the platform.

King unveiled that the cross-chain marketplace is currently built on the Avalanche blockchain. As of now, it allows its users to pay via crypto and card payments to access content, and NFT drops. However, the startup is developing means to implement mobile money payments. It will make those in emerging markets such as Africa trade conveniently. To achieve this, Ayoken has identified telecommunication companies that have several users. The founder and CEO revealed that negotiations with some of these telcos are underway to make mobile money payments a reality.

He underlined that the startup is also reducing friction points for its users by allowing individuals to use card payments such as Visa, Mastercard, Maestro and Union Pay instead of using crypto such as Bitcoin, Binance Coin and Ether in purchases. Are you not sure how to get started with crypto? Check out our top list with over 120 different deposit methods available from around the world.

Description: Are you a Bitcoin maximalist? Learn more about the world’s most popular cryptocurrency and see where you can invest.

Ayoken developed their own token

Crypto Lists is aware that Ayoken has already developed its own digital cryptocurrency, Ayo. Users of the AyokenLabs marketplace will receive Ayo as a reward for buying the NFTs on the platform. They also receive the token through referrals of individuals to the platform. The Ayo token serves as a utility token to be redeemed after its reward as an NFT.

King highlighted that the Ayoken NFT marketplace has a unique value proposition to its users. Unlike other NFT marketplaces, Ayoken has lined up several distribution partners for its users. The startup has distribution partners including Crypto exchanges, Youtube, influencers, newsletters, and telecommunications companies to promote its artists’ NFT drop. Partnerships with such significant distribution partners assist creatives to expand beyond their fanbase. They have access to tap a significantly wider audience. This proposition has significant meaning to creatives and celebrities. They do not have to rely on their social media following alone in engaging their supporters. Previously, celebrities and creatives would heavily rely on their social media following to push and drive transactions and engagement with their fans.

King emphasises that the distribution partners offer instant access to millions of users around the world at the touch of a button. The Ayoken approach is very different from other NFT marketplaces as it also has a marketing agency to assist creatives in their initial NFT drops. The distribution partners receive revenue based on transactions that generate from their social media promotions.

The $1.4 million funding to Ayoken is from several investors. It includes Texas-based Kon Ventures, Europe-based venture capital collective Crypto League, Founders Factory Africa, Maximus Ventures, and Ghana-based R9C Ventures. The funding will assist Ayoken to sign exclusive deals with even more artists in addition to KiDi. It will also go into exclusive deals with telecommunication services in implementing mobile money payments. Such growth demands growth in their tech team, including developers and engineers, fourfold.

Description: Do you want to simplify your investments? Try the newly updated Gate IO, that offers amazing crypto copy trading!