The hiSQUIGGLE token was launched in November 2022 and is part of the Fracton Protocol, which has a liquidity infrastructure with a two-step fractonalization. The token is expected to have lower gas fees and maximize asset security while facilitating its function in the protocol. HiSQUIGGLE token is interesting as a large percentage of the tokens from the initial total supply have been allocated as free rewards. As of now, it's available exclusively on KuCoin.

NEW NFT CoinNo rating available for new coins
Released on November 3, 2022, 10:00 am
NFT Coin
New Coin/Token Warning!
This is a new coin/token that has recently been released by its creators. Therefore there is often only very little information known about the founders and they have no history showing their intentions, which could be both good or bad. The risks related to buying this is extremely high. We never give any recommendations or advise on what you should buy or sell. All information on this page should be considered for education and informational purposes only. Never risk any money that you can not afford to loose. Speculating in crypto currencies is related to extremely high risks and is not suitable for everyone.

What's your view on hiSQUIGGLE today?

A Chromie Squiggle owns the token in the Meta-Swap pool of the Fracton Protocol. The NFT can be described as a token that is part of the Fractonal NFT projects, the 11th one on the protocol. The coin is used by anyone as long as they are liquid enough to facilitate transfers. hiSQUIGGLE is currently available only on the Kucoin exchange with excitement around it showing that people define it as a coin that will be a "game-changer" in the NFT market.The token operates under a pool-less swap on the protocol; therefore, it does not require initial liquidity and LPs for building the liquidity pool. The token is based on an 'LRMB' mechanism: Lock/Releases tokens on one side of the token pairs and Mint&Burn tokens on the other. The token is used under a 'stateless system' that runs on Ethereum Mainnet with absolute cost efficiency.

The upcoming NFT coin from FractonProtocolCryptoLists.com

hiSQUIGGLE token is an ERC-20 token whose token sale format is through whitelisting. The token was launched on November 3rd, 2022, and is still new in the market. This token represents 1/1,000,000 ownership of a Chromie Squiggle and has an initial total supply of 9,000,000 hiSQUIGGLE, of which 4,000,000 hiSQUIGGLE are allocated as free rewards. Therefore, the representation of the ownership means that for each token added to the pool, the total supply will increase by 1 million. On the other hand, for every token redeemed from the pool, the entire supply will decrease by 1 million. The trading pair is hiSQUIGGLE/USDT, which is available on its only one exchange, KuCoin. This NFT ETF, powered by FractonProtocol, will use fundamental properties of the protocol to make the token better for NFT market trading.

As more information is released, there is an expectation that the use of the coin will increase on the KuCoin platform as it is one of the upcoming NFT coins.

+ hiSQUIGGLE has permission-less liquidity.
+ The token is facilitated under a Pool-less swap.
+ Offers low gas fees similar to other protocol tokens.
+ hiSQUIGGLE runs on a stateless system, enhancing efficiency.
+ It has a reduced traditional token contact balance state variable.


Since the token is still in its early phase, the transaction fees are still under discussion. The address in the protocol regarding the NFT transaction fee is charged at a 2% rate. Additionally, the redemption rate from a hiNFT, like the one discussed with pNFT, will be charged a redemption fee rate of 3%. Therefore, the rates are open to change as the market prices are still new, and the token's performance is still being assessed.


The coin is new in the market, and Twitter users are excited to see what it entails. The first two subscriptions of the coin on KuCoin are sold out, showing that people have faith in the currency and are open to making transactions with it. The trading began in November 2022, so people are waiting to see how well it'll perform. Twitter announced the first trading pair of the token as HISQUIGGLE/USDT. The FractonProtocol on Twitter reports that more than 86% of NFTs are dead and recommends the hiSQUIGGLE token as one to stick to and 'trade in style' with hi-tokens. Users are excited about the platform and feel the coin has massive potential in the next bullish market.

Can I buy the hiSQUIGGLE/token with fiat currency?

There is no direct way to buy the tokens with fiat currency but you can use KuCoin to subscribe and make purchases using USDT.

Where are this token's reserves?

The collectibles are stored in the meta-swap pool's smart contract, which focuses on the Fractional collection in this case.

What is the initial total supply of the token?

As per its supporting exchange, Kucoin, the token has an initial total supply of 9,000,000 hiSQUIGGLE

Why is it only available on KuCoin?

No further information is available at this time, however, when it is Crypto Lists will be sure to update this page.

2022: Prior to launch, the FractonProtocol announce on Twitter that they've agreed a partnership with EyesFi to boost liquidity and 'unlock the value of generative art projects through collaborative research.'

2022: The coin is launched early November and is listed only on KuCoin exclusively.

Below you can see some related NFT projects to hiSQUIGGLE. 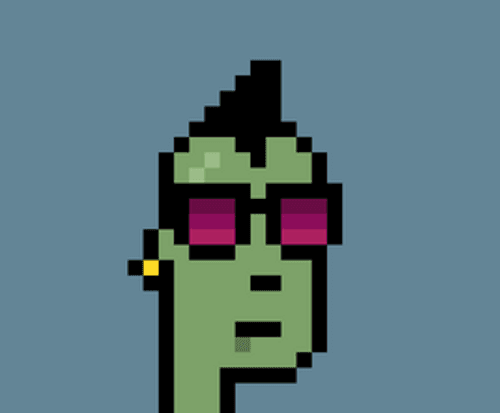 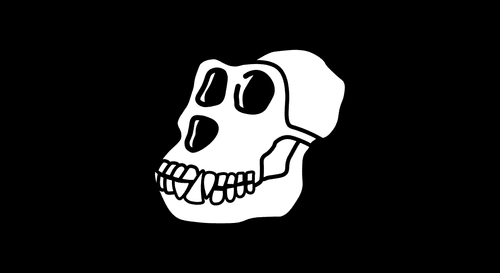 The Bored Ape Yacht Club (BAYC) is a virtual lounge reserved for its members and comprises 10,000 unique Bored Ape NFTs that thrive on the Ethereum Blockchain. They are stored as ERC-721 tokens and are created programmatically from 170 one-of-a-kind traits. Bored Ape artwork works as the membership card of the Yacht Club to provide access to members-only benefits. The Club offers access to NFT owners accesses to the digital graffiti board known as the "The Bathroom Wall." As one of the most successful NFT projects, BAYC has big names owning these NFTs, such as Jimmy Fallon, Eminem, Stephen Curry, Snoop Dogg, Lil Baby, KSI, and Post Malone. BAYC has built its brand, increased its fame with the events it has hosted, and used Rolling Stone magazine to make the NFT club popular. The various attributes of the Club make it exciting and preferable as it has a strong community centered around it.
Number of BAYC NFTs: 9998
Number of owners: 6419
Floor price: 70.8421 ETH
USD Floor price: 89,169.66 USD
Market cap: 704,637.10 ETH
USD Market cap: 886,933,764 USD

More sites where to buy/sell/trade hiSQUIGGLE

Below you can see some other platforms, exchanges and/or brokers where you can buy, sell or trade this token. Click on the logo to read our review.

Since you are interested in hiSQUIGGLE, you may also want to check out the coin(s) or token(s) below?