Is Crypto Changing the Way We Interact With Our Favorite Sports? 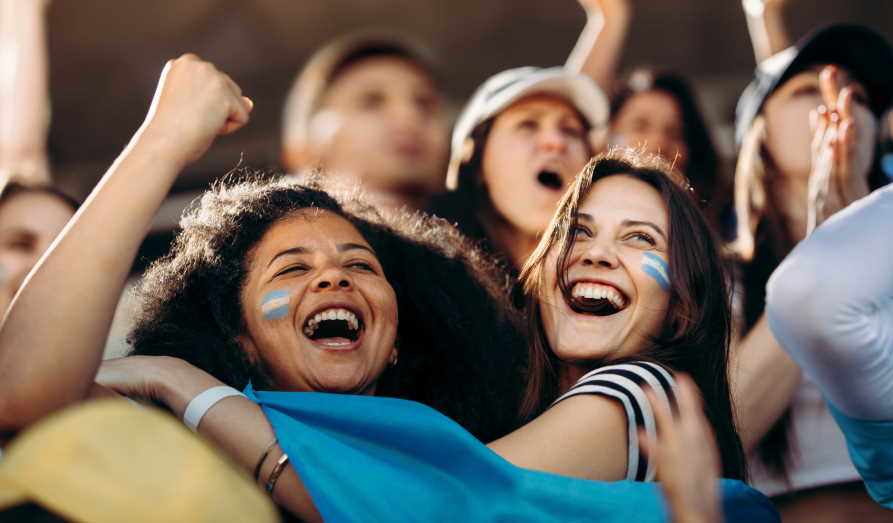 Crypto technology has revolutionized several industries, especially the financial sector with DeFi. Other areas of interest are upcoming with the evolution of blockchain technology. Crypto is having a steady impact on sports with more involvement.

Today, with the World Cup in full swing, Crypto Lists explores the role crypto and fan tokens are changing the way we participate and interact with our favorite sports teams.

The emergence of Socios and Chiliz in the crypto industry provides sports fanatics an avenue to get more involved directly with their favorite teams. Chiliz developed the Socios platform built on its blockchain. The Chiliz token is its exclusive currency. This has enabled the CHZ token to be the most sought-after in sports. It is used to buy fan tokens. Socios provides fans with fan tokens of their favorite teams whose utility is to gain exclusive access to content and develop a strong connection with the team. Chiliz associates monetary gain to sports clubs with tokenized voting rights.

The fan tokens ensure fans have a say in voting on the team’s decisions via a smart contract with teams establishing how much influence holders of fan tokens have. Fans can vote on various things such as the design of a jersey, which players to sign, manager appointments, and the like.

Description: Buy Chilliz and get involved in the world of sports fan tokens!

These fan tokens are not limited to sports teams but also leagues, associations, and players. It encourages further engagement of fans with whichever sport, especially where there are geographical limitations for them to be involved directly. Fan tokens enable fans to decide on league and association logos revamps too. This increases the value to the fan in relating to their sports’ ecosystem.

The more a fan token is active in the market, the higher its value. When fans realize that the token has the power to make such influential decisions, its demand rises with a subsequent increase in its price. A remarkable price increase occurred when Lionel Messi, considered to be the greatest football player in some circles, joined Paris Saint-Germain Football Club. This is further motivation to hold the token as fans can now benefit financially directly from being invested in their favorite sports team. Other than voting rights, it facilitates VIP access and can be traded in transactions as they are fungible.

Several reputable sports teams have organized their own fan tokens. Atletico Madrid, Barcelona, Manchester City, AC Milan, and Juventus are among the popular football teams engaging fans using crypto technology. Cleveland Cavaliers is a representative of basketball in establishing its fan token. Most recently, Leicester Tigers and Harlequins launched their fan tokens with more sports expected to join the fan token influence. These tokens are growing to be part of the modern-day culture of sports fans despite the inherent volatility of crypto.

Sports NFTs enable sports teams and players to have unique verifiable digital assets via blockchain technology. These digital collectibles create value in fans can trade. There are limited digital collectibles with some teams offering a financial incentive in owning every team player. The Baseball League in the USA is most popular as its fans collect all-star cards.

Crypto’s Prominence in the World Cup 2022

The FIFA World Cup is kicking off in Qatar on 20th November. The highly anticipated tournament occurs every four years and this year has produced several headlines with its most notable being its official sponsor. FIFA earlier unveiled Crypto.com as the official sponsor of the World Cup which will increase crypto awareness and adoption on the global stage.

Not only will you see the Singapore-based crypto exchange’s name in various stadium venues as the tournament unfolds, but also the exchange launched an exclusive NFT ahead of the tournament. Crypto.com partnered with Visa to execute this as an auction. These were iconic World Cup goals by legends of the game where winners received a high-quality print autographed by the player. Visa also facilitates participants to create their own NFT during the tounament in a FIFA fan festival.

Description: Build your team from scratch with the new WinGoal game – buy the token today!

The sports industry has adapted to the advantages of cryptocurrency technology to engage fans and all stakeholders. This is developing the relationship between sports teams and fans through direct involvement. The highlighted instances indicate the traction witnessed in how crypto has impacted the interaction of fans with their favorite sports. Fan tokens, in particular, are being developed by every sports team after evaluating their benefits from the pioneers. Crypto is rebuilding the relationship between fans and their sports teams.

WinGoal: A new crypto coin for the World Cup!
Wednesday, 23 Nov 2022 5:55 am
The launch of WinGoal(MLS) coincides with the Qatar World Cup for good reason. The token, launched at the beginning of the week, is under Opta Sports and serves as a governance token for the soon-to-be-launched Web3.0 decentralized app, WinGoal. The platform will let players create a sports team to compete to be numero uno! Want to get involved with WinGoal and purchase the MLS token? Sign up for Sign up for Biswap here...
Read the full newsflash
MLS