The Appeal of DeFi and Crypto in an Age of Censorship 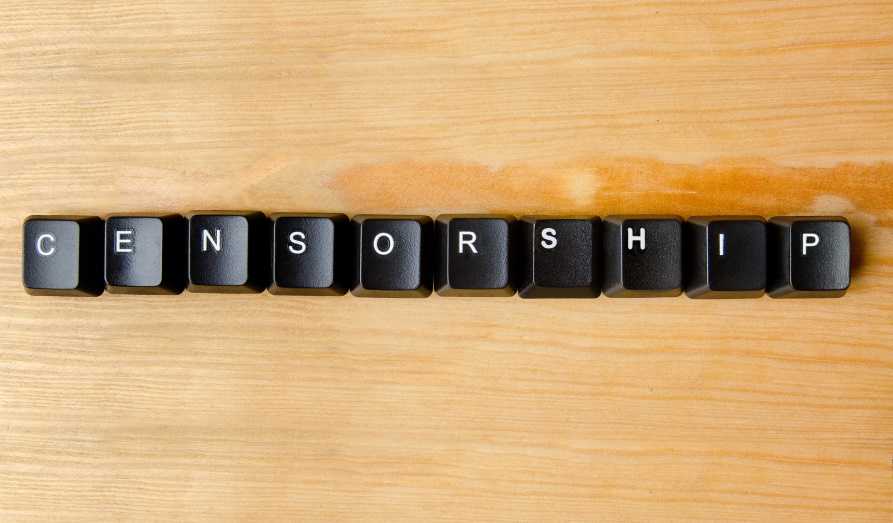 With governments and Big Tech becoming more heavy handed with their control over the flow of ideas, how is crypto and decentralized finance offering freedom?

When people talk about censorship, it’s usually in relation to an authority that limits the ideas and expression of people via different mediums because they support unfashionable ideas or ones that threaten the status quo. Cryptocurrencies and DeFi offer an ideal avenue to counter these measures as they operate outside the means of traditional control.

Today Crypto Lists explores this topic, and delves deeper into the reasons why people are looking to crypto, blockchain, and decentralization to avoid censorship and navigate around authoritarian power structures.

The ‘erroneous’ case of misinformation and PayPal

As it often does, the online payment system PayPal issued a policy update for its customers beginning in October. The published policy update outlined that it prohibits customers to use its services for activities identified by the company as sending, posting, or publication of any messages, content, or materials promoting misinformation. The update informed users would be fined $2500 for a misinformation violation effective from 3rd November this year.

This sparked an outrage that subsequently lead to its shares slumping by almost 6% after the update. The censorship policy triggered the company’s former president, David Marcus, to tweet his amusement at a private company deciding to take your money if you state something it disagrees with. He termed it as insanity, with Tesla’s Chief and PayPal’s co-founder (and now Twitter CEO), Elon Musk, agreeing to Marcus’ tweet via reply.

The California-based company later revealed that the update on misinformation was erroneous. Paypal’s spokesperson apologized, stating the language was never intended to be inserted into the company’s policy.

In an age of censorship by traditional institutions, the global community is finding ways to prevail using censorship-resistant systems. Technology firms with unelected leaders silencing individuals and groups should be unsettling. Many have turned to crypto for these reasons, alongside its use cases as a payment means and store of value.

Bitcoin adds to its investment appeal as it is also emerging as a central role in the future of how we see money. Bitcoin’s role in censorship resistance supports increased use in emerging markets. On top of being an alternative payment method and store of value, the government cannot control and monitor behaviour as with traditional financial systems.

There are several instances where the government uses monetary and banking systems to suppress protestors. Protests against the Nigerian government due to illegal activities of SARS prompted the government to freeze the bank accounts of supporters. A similar instance was witnessed with the Canadian Truckers’ protests.

Bitcoin and other cryptocurrencies offer an avenue to raise funds and support a movement in the face of financial censorship. A non-profit fund, BYSOL, funded Belarus’s protest of Alexander Lukashenko’s dictatorship. It raised over $2 million in BTC within a month. Outspoken Putin critic, Alexei Navalny, also raised $300,000 in Bitcoin donations from January 2021 and February 2021 for his opposition movement.

Beyond protests, Bitcoin provides an alternative to cash’s decline in emerging economies.

Web3 is the ultimate catalyst of censorship resistance

Recently, ISPs are threatening net neutrality, governments are monitoring online content, and social media platforms continue to censor users more keenly. In a nutshell, the freedom of the internet is under attack. Thankfully, decentralized web or Web3 offers an escape route from the censorship surge.

The Chinese government is well known to censor information accessible to those within its borders. It blocks content selectively while engaging in both soft and hard omission. It does not entirely isolate its citizens from information but it controls the narrative. It’s able to do this primarily due to the government’s control of internet infrastructure. However, the Chinese government’s advantage is disappearing, with censorship-resistant platforms outside of government control on the rise with increased access to the internet.

Facebook and Twitter have also been found guilty of censoring content more recently. The 2020 presidential election period witnessed the two firms implementing policies on misinformation. Despite their good intentions, it limits free speech online. It’s also worth noting that both these platforms were accused of having a definable political bias after claims emerged of them censoring right-leaning voices.

The decentralized nature of Web3 makes the policies of private companies transparent and harder to conceal as it will require consensus among stakeholders. Put simply, the third generation of the internet will perhaps ensure that censorship is much harder to achieve. Web 3 applications are also immune to government intervention. Ethereum has already built censorship-resistant apps, including decentralized exchanges and privacy-focused messaging apps.

Does regulation threaten the cryptopia?

As various jurisdictions seek crypto regulation, this is both a positive and negative development. On the one hand, regulation increases the likelihood of mass adoption. Why? Because to institutions and the general public, crypto regulation normalizes the space and moves it away from the ‘Wild West’ that they perhaps imagine. On the other hand, tighter regulation threatens to take away the decentralization that crypto’s libertarian pioneers held so closely to heart.

Description: Biswap is one of the biggest decentralized exchanges in the world, sign up and trade freely