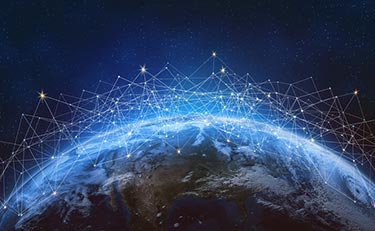 Here you’ll learn about the major blockchains in the world, why they’re important and why they matter. You’ll also be able to learn more by going into the extensive blockchain reviews, with frequently updated newsflashes and longer news articles.

Below you can see a toplist of major blockchains, with the most transactions, the highest importance and best reputation. Naturally, the most used blockchains are layer 1, while new blockchains, anomymous networks, layer 2 and zk Rollups usually have considerably lower transaction volume than the major ones.

This is the toplist with major blockchains, the largest blockchains in the world. There may still be restrictions on what people in your country are allowed to do when it comes to blockchains and cryptocurrencies. So make sure that you read up on the regulatory restrictions before investing. Crypto can be extremely volatile and may not be suitable for everyone to invest in. Do not speculate with money you cannot afford to lose.

Bitcoin Blockchain
Bitcoin is the first major blockchain, consisting of an innovative payment network and a new kind of money.
bitcoin.org
Layer 1 Blockchain

All businesses stand to benefit from fast and transparent sharing of vital information. Apart from payments, one also needs to track inventory, orders, and various account data. Blockchains are the leading tech in the world, enabling precisely this sharing of information in a decentralized system. Networks like Bitcoin, Ethereum, and BNB not only increase trust, but they also promote newfound productivities and freedoms for members. Currently, Solana, Litecoin, Avalanche, and Cardano are the other major blockchains in the world.

Which are the major networks?

The main blockchains in the world right now are discussed and detailed below.

Ethereum Network – The Most Accessible

This is one of the most accessible blockchains in the world. In fact, anyone with a wallet can take part in the Ethereum network. It is the tech behind dozens of applications, and the native cryptocurrency of this network is called Ether (ETH). The network has recently migrated from a Proof of Work (PoW) consensus to a Proof of Stake (PoS) one. This should decrease energy consumption by as much as 99.95%. Besides that, transaction speeds will increase and costs will go down. Moreover, the blockchain is compatible with smart contracts, which are already finding use cases in the finance sector. It is overall one of the leading blockchain networks in the world.

The Binance Smart Chain was first launched in the May 2020. After the latest merger and renaming in February 2022, the network is simply called the BNB Chain. It features a fast block time as well as a parallel chain. The blockchain’s design favours applications that run on smart contracts. The network is popular among new users due to its security and stability. It enables cross-chain management of digital assets with a vast capacity. Overall, it is a go-to blockchain for building decentralized applications (dApps).

This is the oldest and most well-known name in both the crypto and blockchain worlds, and for good reasons. Bitcoin first came to life around fifteen years ago. It has since disrupted the finance industry, as well as several other sectors. While originally designed for the cryptocurrency of the same name, the Bitcoin network has found uses in money transfers, trade settlements, and even record-keeping in IT departments. The basic ledger tracks transactions in a shared network. It has since inspired several other networks, as well as cryptocurrencies.

Solana Network – Among the Fastest and Great for NFTs

In many ways, Solana seeks to be an improvement over the Ethereum blockchain. The Solana network aims to offer faster and more cost-efficient transactions compared to Ethereum. It is primarily a public network with support for smart contracts, comprising both decentralized apps and non-fungible tokens (NFTs). The network deploys a Proof of Stake (PoS) consensus while featuring the Solana native coin. Further, the PoS system comes with smart contract capacities and enables high fidelity information sharing for its members. Besides being fast and robust, the network is extremely cheap, making it perfect for scaling dApps and for NFTs. Currently, it’s the second largest network for NFTs, following Ethereum.

Litecoin Network is another layer 1 that stands out with its support for high-volume transactions. What makes this possible is the frequent mechanism of block generation that underscores the network’s core capabilities. As such, it is highly suitable for situations involving the movement of small but frequent amounts of money. The network employs a PoW system for authenticating its transactions. The blockchain also solves deficiencies in the Bitcoin network. Indeed, it aims to be a global payment protocol with its support for cheap and instantaneous payments.

The Avalanche blockchain is very similar to its competitors, Ethereum and Solana. It is primarily a cheap and speedy network. Avalanche is an open-source blockchain that lets its users both deploy and create smart contracts and build decentralized applications. Where it stands out from its competition, though, is in its modular capabilities and customization options. Developers can customize the subnets, including the incentive structures and chains. Overall, it is a scalable and secure blockchain with the promise of high performance throughout.

Cardano Network is among the finest entrants into the blockchain space. The blockchain aims to be a more balanced and sustainable network for cryptocurrencies. It is carefully vetted by scientists and programmers, and intended for visionaries and entrepreneurs. The former part mainly includes its thoughtful design and peer review procedure. The latter part is possible because of a minimum viable set of tools it brings that are necessary to inspire innovation for the many. Cardano employs a PoS system with support for smart contracts, digital applications, a cryptocurrency, as well as decentralized finance (DeFi). The last element combines trading, loans, insurance, and other financial services.

When can a blockchain be considered major?

There are four main types of blockchain networks. They are public, private, permissioned, and consortium blockchains. While the other blockchain types are more restrictive and specific with their use cases, a public blockchain is the one that is most likely to become big and qualify as a major blockchain. Further, while public blockchains rarely make for great use cases from the enterprise point of view, they can get very large with their egalitarian nature.

A public network is one that is available for anyone and everyone to join and engage in. Bitcoin is one such network, as is pretty much any other major blockchain in the world. With that said, a public blockchain requires tremendous amounts of computing power to run. There is barely any privacy in transactions, but that’s fair given that transparency is a key driver of the blockchain movement as a whole. Furthermore, security tends to be more or less vulnerable compared to the other types of blockchains.

Besides the public nature of a blockchain, other parameters can also help it become popular. These mainly include the scope of a corresponding currency as well as large-scale use cases. Typically, a blockchain that supports a new currency is more valuable than one that doesn’t. The effect is especially powerful when new digital currencies choose to reuse an existing blockchain protocol instead of creating a brand-new one for their ledger.

Something that can help matters further in favour of a blockchain is its scope of use. Ultimately, as with everything else, it all boils down to value. If more developers see the prospect of building apps using a given network, it will become exponentially more valuable. Similarly, if a blockchain finds implementations across a wide range of industries, its value will correspondingly soar high.

FAQ about the major networks

Blockchains may be tough to crack for beginners. Their use cases may likewise be difficult to grasp. The answers below should come handy for all your pressing questions about blockchain and its scope.

What are some major uses for blockchains?
Apart from cryptos, blockchains have found several other uses in finance, healthcare, and supply chain, to name a few. Firstly, blockchain can improve the safety, speed, and convenience of digital asset based transactions. Second, blockchains can advance patient care as well as healthcare profits. Further, a blockchain can enhance the tracking of vital supplies like food, thus improving quality and reducing wastage.

Is blockchain useful for industry?
Aside from the financial sector and supply chain use cases, blockchains have the potential to disrupt several leading industries. The right blockchain can reduce friction, increase trust and transparency, as well as help businesses create new value. Among the prime candidates for these types of improvements are the retail, manufacturing, media, telecom, and travel sectors.

Description: Try Kucoin, supporting all of the major networks, while having low transaction fees. Trade like a pro with Kucoin!