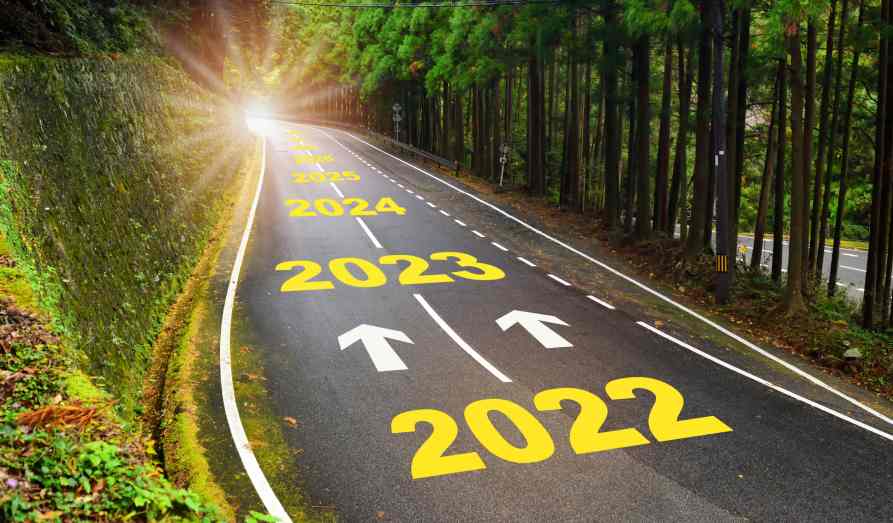 Today we thought we’d give you a round up of this year’s biggest events in crypto, and some little glimpses of what’s to come in 2023. Plus, we’ll give you an update on how we’re doing and what’s in store for next year.

Tom from Crypto Lists gives you a deep dive into the year’s key events, from the fall of FTX to the enormous drop in the price of Bitcoin and altcoins such as Ether and Solana since this time in 2021. Below is a wider look at events in the crypto-sphere in 2022.

This year the cryptosphere has been full of twists and turns, some with adverse effects and others with positive outcomes. Some coins, like Terra Luna, faced a collapse, while Dogecoin experienced an upward movement because of Elon Musk’s Twitter purchase. FTX, one of the leading exchanges in 2022, had to file for bankruptcy, with its co-founder Sam Bankman-Fried losing his billions quickly.

General bearish trends in the market

2022 has been a rough year for the crypto space. Many coins faced a decline in value, with Bitcoin at the forefront. The increased regulations and various other factors affecting the crypto space were to blame for the bearish state of the market. As 2023 begins, there is hope for coins to revive as the Bitcoin halving event approaches in 2024.

The incentive for mining Bitcoin transactions is halved every four years. Since the creation rate of new coins is halved, fewer coins are available for circulation even as demand rises. Historically, halvings are usually followed by dramatic booms in the market. This means that coins will likely rise in value, inviting a bull run across the crypto world. As 2024 looms ever closer, people should begin to accumulate Bitcoin and other coins in anticipation, if previous patterns are to be seen as legitimate predictors of behavior.

The collapse of Terra Luna

In early May of 2022, when the worth of UST suddenly began sliding from its $1 peg, the Terra Luna ecosystem suddenly and unexpectedly collapsed. In response to the sudden drop in price, a flood of LUNA tokens were issued to maintain UST’s worth. Overnight, this caused the price of LUNA to plummet. LUNA fell from prominence within the top 10 cryptocurrencies to far below the top 150 in a single day. Its supply increased from roughly 350 million to 1.4 billion within two days.

Understanding LUNA’s connection to the blockchain’s stablecoin TerraUSD is crucial for making sense of its demise. Terraform Labs, led by co-founder and CEO Do Kwon, was responsible for the creation and future of both coins.

Decentralized and algorithmically stable, TerraUSD (UST) is a digital currency whose value is fixed at one U.S. dollar per token. This currency, however, is not anchored by the dollar or any other fiat currency or commodities. In its place, UST counts on a smart contract algorithm that utilizes LUNA and aids in maintaining the stability of the UST value.

The supply of TerraUSD (UST) is dynamically adjusted based on the algorithm’s analysis of the demand for the currency, which is set to hover around $1. The algorithm encourages users to burn UST to create new LUNA coins if the quantity supplied increases and the value of UST decreases, and vice versa.

After announcing their intention to use Bitcoin as collateral for their algorithmic stablecoins, Do Kwon and the Luna Foundation Guard had been aggressively amassing Bitcoin. LFG invested approximately $3.5 billion into the main cryptocurrency weeks before its collapse. The scenario shifted dramatically on Sunday, May 8. On Wednesday, the stablecoin UST hit a new all-time low of $0.029; this followed a gradual decline.

By exchanging newly generated LUNA coins for UST tokens, Terra’s algorithm ensured that the value of UST remained steady. The LUNA price drop was set in motion by a supply shock and was hastened by a flurry of selling.

CoinDesk, a cryptocurrency news outlet, published a bombshell piece in early November that questioned the sustainability of Bankman’s enterprise.

Although Alameda Research and FTX are two different firms, the researchers concluded that most of Alameda’s assets were invested in FTT, a coin created by FTX. There was nothing technically incorrect with it, but it did raise questions regarding FTX’s liquidity.

On November 2, reports began surfacing about FTX. Concerns that Alameda held an abnormally large number of FTX Tokens were thrown into the mix, and Alameda’s founder and FTX co-founder Sam Bankman-Fried (aka SBF) got caught in the middle.

On November 7, worries about FTX withdrawals surfaced, suggesting a probable bank run was in progress. After a 32% drop in value, FTT recovered on Tuesday, November 8, after Bankman-Fried made the unexpected statement that Binance would buy FTX, saving the cryptocurrency from oblivion.

Due diligence findings, including reports of mishandling customer cash and the threat of a federal inquiry, caused Binance to withdraw from the purchase on November 9.

When the news broke, FTT continued its precipitous decline, and Bankman-Fried lost 94% of his wealth in a single day. Bankman-Fried, desperate for money, reached out to competitors such as Coinbase CEO Brian Armstrong, but they all turned him down. Bankman-Fried quit as CEO, and FTX filed for Chapter 11 bankruptcy.

The purchase of Twitter and its effect on Dogecoin

After weeks of criticism and negotiation, Twitter was officially owned by Tesla and Starlink founder Elon Musk. Since Facebook purchased WhatsApp in 2014, the $44 billion deal is the largest social media takeover. However, because it is a social network with a large user base, many believe that under Musk’s management, Twitter might experience some significant changes. Of note to readers in the crypto space, in regards to payments and video content creation.

Twitter was a publicly traded corporation on the New York Stock Exchange until Elon Musk acquired it. Individual people and institutional investors have been able to purchase the corporation’s shares on the marketplace since the company became public in 2013. Before he bid to purchase and take Twitter private, Musk had already acquired a 9.2% share in the company.

After Elon Musk’s purchase of Twitter was officially announced, the price of DOGE quickly increased, as many had predicted. The price of the dog-themed meme coin shot up right away after the billionaire made his Twitter purchase. Dogecoin’s price increased by 12 percent in 24 hours, reaching a high of $0.1428.

The leap is comprehensible. Dogecoin has mostly benefited from innovations from its most ardent fans; at the moment, no supporter is more fervent than Musk. The Tesla mogul has frequently expressed his support for DOGE and was a major driving force behind the coin’s meteoric surge in 2021, which saw its price soar as high as $0.74.

It seemed obvious that the price of DOGE would increase once the rumor that Musk would purchase Twitter was proven. That was viewed as an opportunity by opportunistic investors, and numerous of them rushed to the investment to make purchases.

If course we couldn’t do an annual review without mentioning the journey we’ve been on. I joined as Head of Content, and we’ve also added tons of new features to the site on our journey to becoming the number one, go-to place for all your crypto reviews. We added a press release section so crypto businesses can get their content in front of our highly targeted audience. And, we also added an incredible new coins listing page, where we list all the newest launches and where you’re able to find them ahead of time. 2023 won’t see us resting on our laurels, quite the opposite. The journey is only just getting started as far as we’re concerned!

Description: Sign up for Skilling, one of the most highly regarded and rated crypto brokers in the world.

Do we need a digital pound (£)? Bank of England not sure...
Tuesday, 17 Jan 2023 1:15 pm
The governor of the Bank of England has raised his doubts over the need for a digital pound. Andrew Bailey's skepticism stands in contrast to his counterparts over the channel in mainland Europe where there's plans for a digital Euro (€). Not a fan of the CBDC idea, Bailey states that a central bank digital currency should solve a clearly defined problem, noting the UK has wholesale settlements, which are already advanced...
Read the full newsflash
GBPT Toplist: STABLECOINS